The food and agricultural products pavilion at the China International Import Expo was packed on Wednesday morning, with many people craning to see a 300-kilogram tuna that was filleted on site. 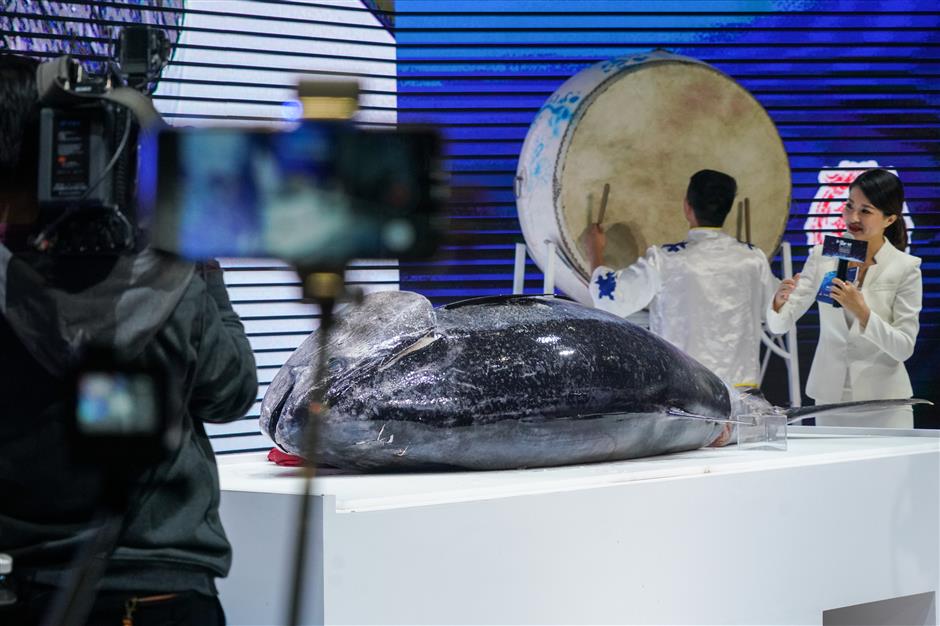 The tuna, brought to the expo by Spanish company Albo, was pulled out of the Mediterranean Sea on November 2. The massive fish arrived at the expo venue on Tuesday night.

The company invited Japanese chefs to dismember the tuna, cuts of which were served as sashimi.

According to the company, the fish was a bluefin tuna, a rare and highly prized species.

Last year, the company brought a bluefin tuna to the first import expo which weighed 250 kilograms. 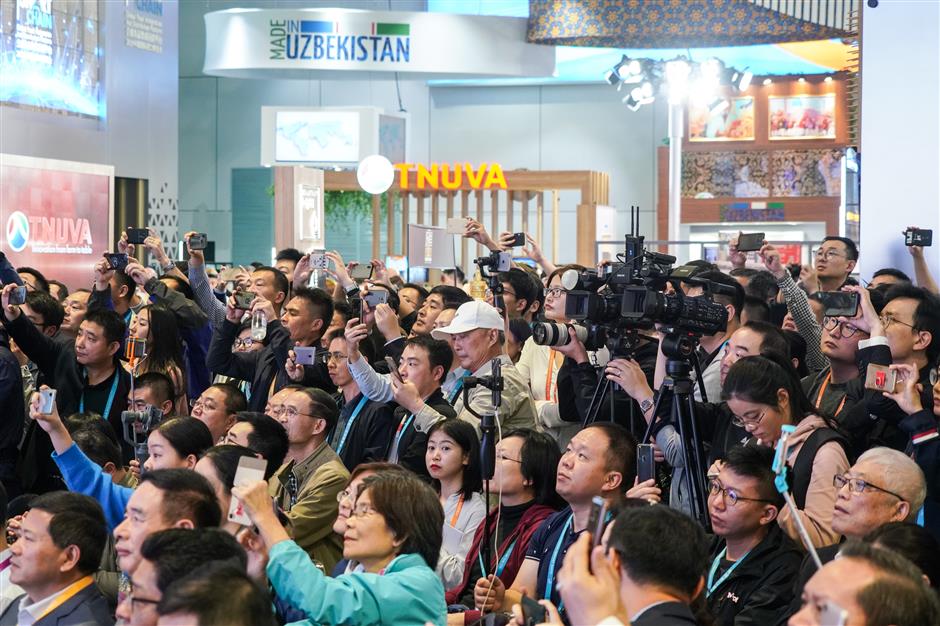 The food and agricultural pavilion is packed with people looking for a glimpse, or a taste, of a massive bluefin tuna from the Mediterranean. 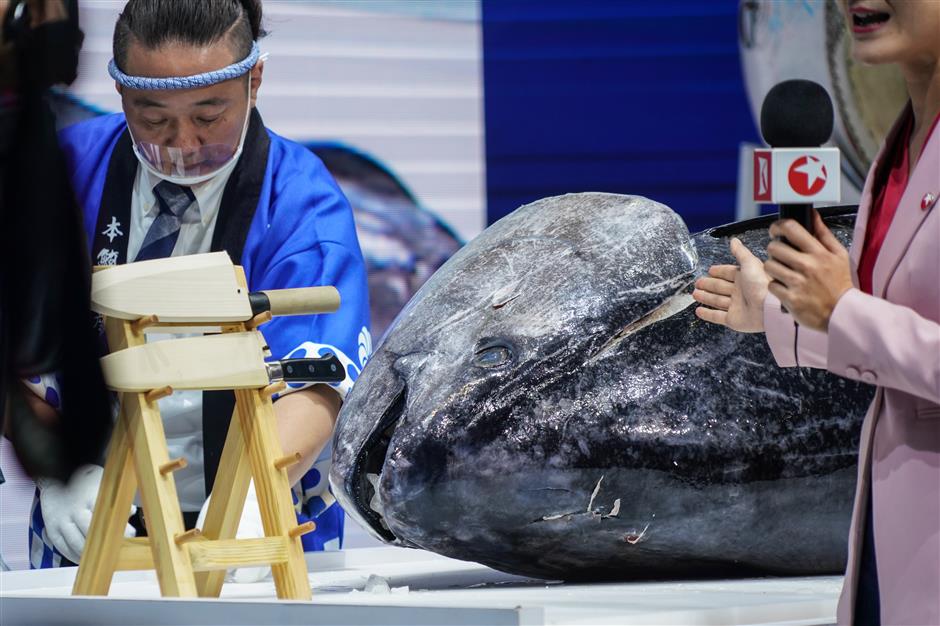 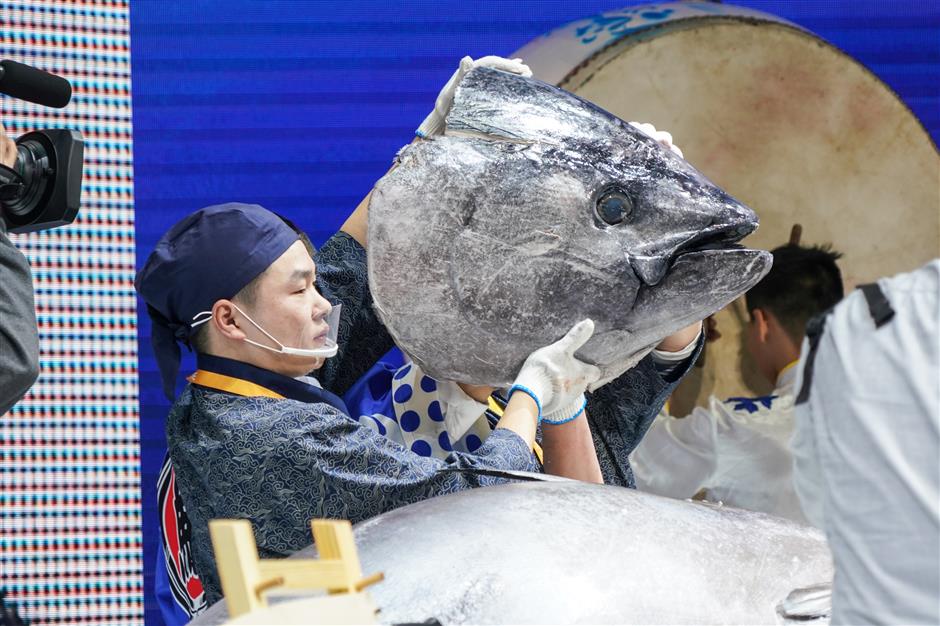 Chefs display the tuna's head to the crowd. 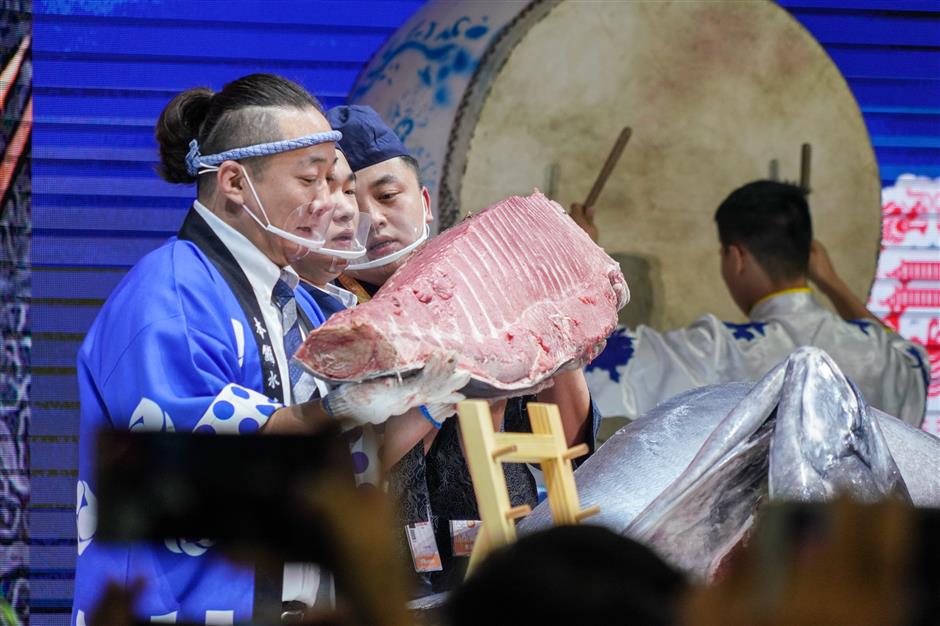 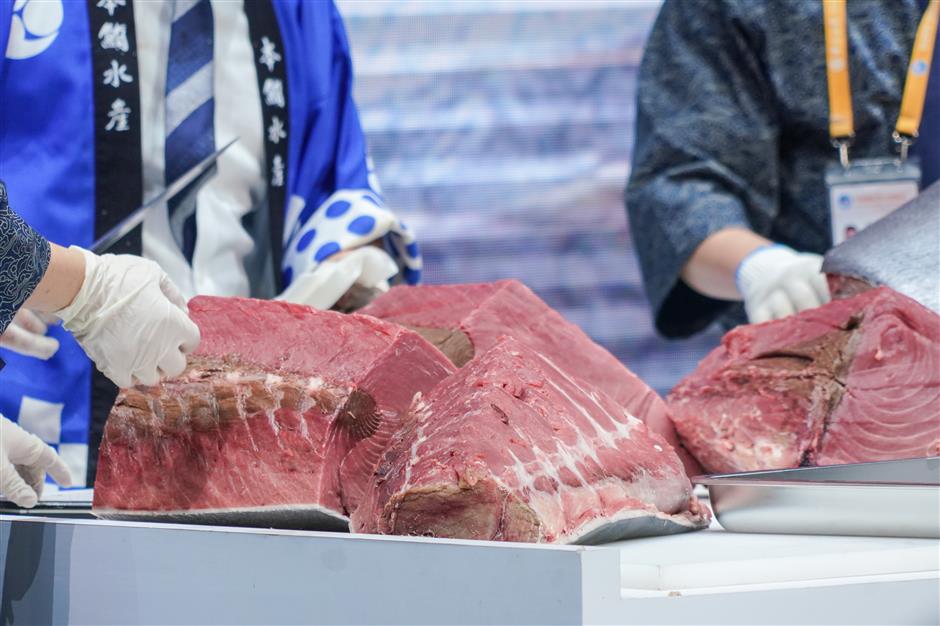 Bluefin tuna is considered a top ingredients in many gourmet dishes.