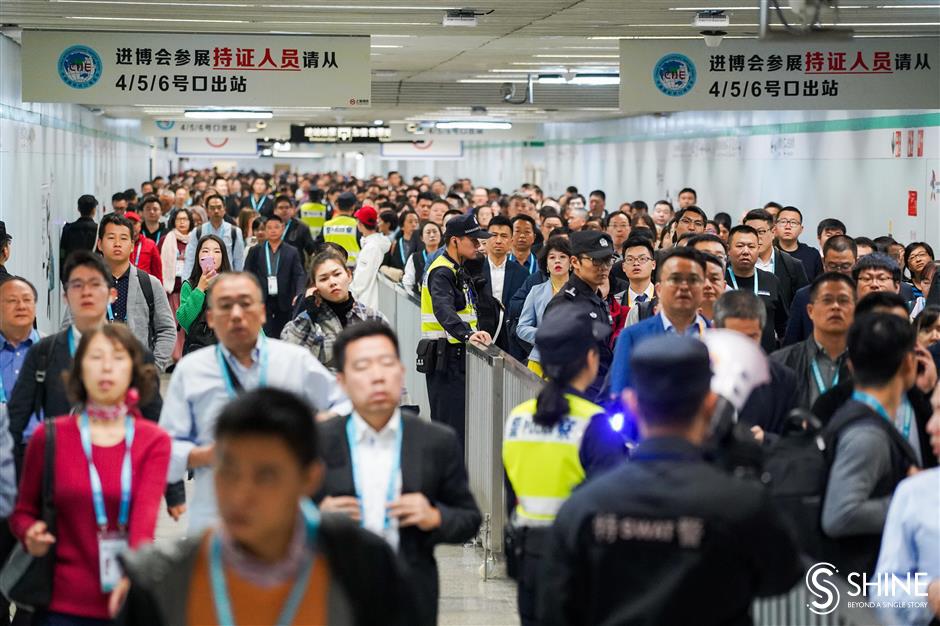 Police keep order at East Xujing Metro Station on Line 2 at 10:30am on Wednesday.

The number of people arriving at the venue of the second China International Import Expo on the event's second day from the Zhuguang Road Metro Station on Line 17 was nearly double from the same day last year.

By 12pm on Wednesday, a total of 15,426 people had exited from Zhuguang Road Station, a 92.4 percent jump from last year, while a total of 56,871 had exited from East Xujing Station on Line 2, a 10.8 percent rise, according to Shanghai Metro.

When passenger arrivals peaked around 9am, some who were taking Metro Line 2 to the venue, the National Exhibition and Convention Center, were told to get off at Hongqiao Railway Station, the station before East Xujing, and then transfer to Line 17.

Although East Xujing is the closest Metro station to the venue, Zhuguang Road Station is connected with the venue's northern square. People can interchange between Lines 2, 10 and 17 at Hongqiao Railway Station.

Hu Zhiyi, vice director of the Shanghai Metro police command, told Shanghai Daily that the decision to cut service at Hongqiao Railway Station was made quickly.

“We kept monitoring and assessing the crowd at East Xujing Station and also at the entrances to the venue. When we found that the station had no more capacity to take more people, we stopped the train at the previous station," Hu said.

Police said that about one in four trains was stopped at Hongqiao Railway Station, while the rest would go through to East Xujing station.

It was not clear whether the same measure will be taken again as the expo continues. 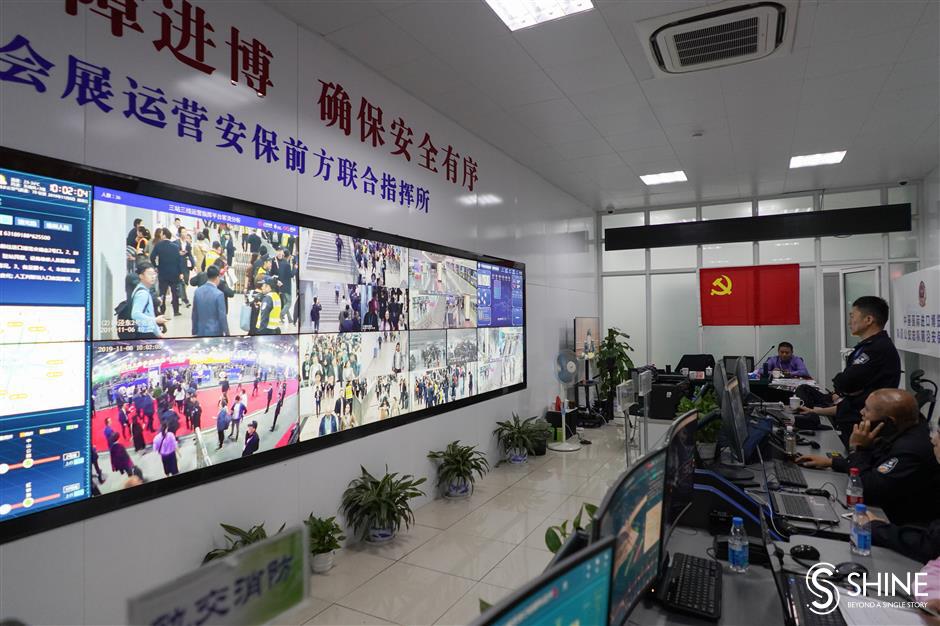 Police and Shanghai Metro staff work together at a surveillance room at East Xujing Metro station.