Traveling the world at Countries Hall

There are eight halls spread across the National Exhibition and Convention Center (Shanghai) where the second China International Import Expo is being held, each containing a certain grouping of exhibits like food and agriculture, vehicles, lifestyle and more, all featuring products and services from around the globe. 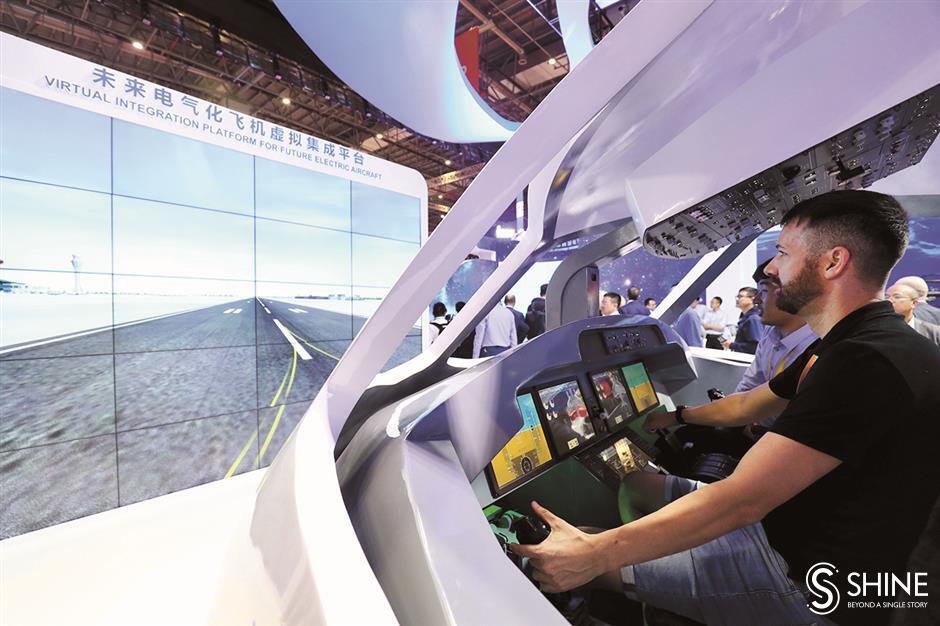 After a crash course in cockpit controls, Andy Boreham takes off from a virtual Hongqiao International Airport.

The entire expo is a taste of the world, so where better to start than the Countries Hall, where 64 countries set up their own booths to show their best products and ideas, as opposed to the others which are largely stalls set up by specific enterprises and organizations.

First things I was drawn to the Thailand exhibit, mainly because I’m a huge fan of Thai food and was hoping that they’d have free samples to try out. I was wrong, but I did have a chat with a lovely representative from Thailand who told me all about their products that are popular here in China, and those they think could be.

Despite China having a number of regions where hot and spicy treats are the norm, this country is huge, and I was worried that they might run into a brick wall, of sorts, trying to get Shanghainese or Tianjin residents eating spicy Thai food.

“We have lots of different flavors,” she assured me. “Sweet, sour, and of course spicy.” One product she was confident would go down well in China was peeled and tinned lychees, which are super plentiful in Thailand.

“These are really refreshing, especially in summer,” she said. “And not a bit spicy!” 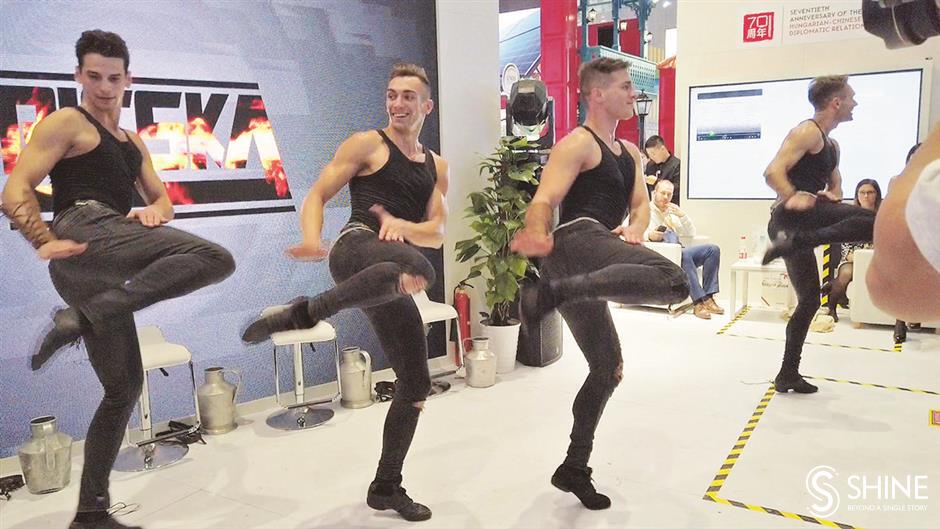 The performance of Fricska, a troupe of muscled male dancers in the Hungary Pavilion, draws a huge crowd.

Next up my attention was caught by Fricska, a troupe of muscled male dancers in the Hungary Pavilion, who had drawn a huge crowd. “Muscly men are always popular,” a woman behind me laughed in Mandarin.

Their performance was definitely a great insight into a slice of the country’s art, but I’m still not sure what they were selling. It definitely made me wonder if I need to sign up to a gym.

Finally I was drawn to the China display, even though I was trying my best to resist so I could bring you guys more flavors of the world, so to speak. I was being pulled there as if by a huge magnet, since I know last year China’s space was among my favorite. At the inaugural expo I got a chance to drive a gaotie (high-speed train), and this year I had a feeling it would be even more exciting. 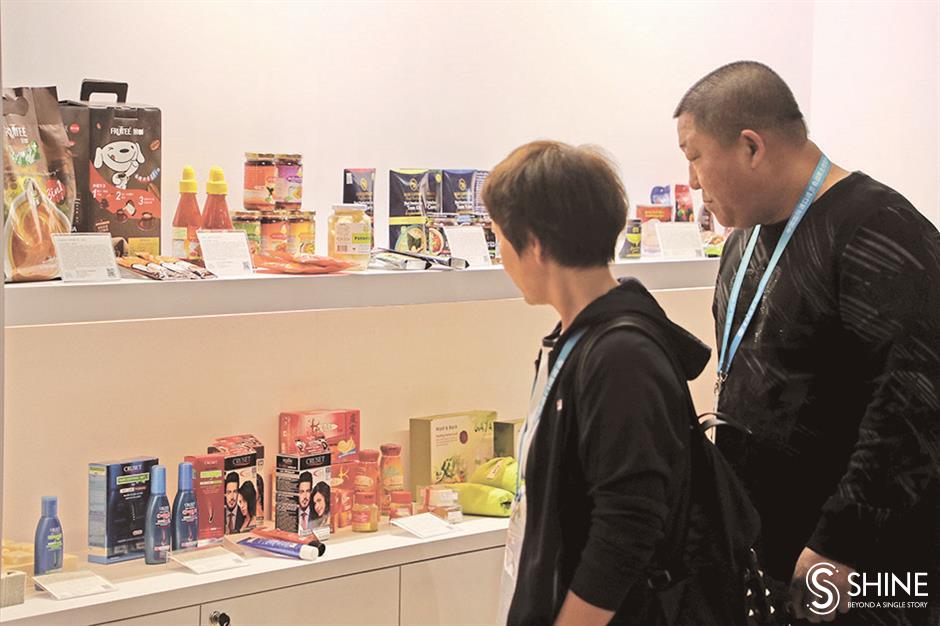 Visitors to the Thailand Pavilion check out the displayed products. A representative from Thailand said she is confident that peeled and tinned lychees will be popular among Chinese customers. 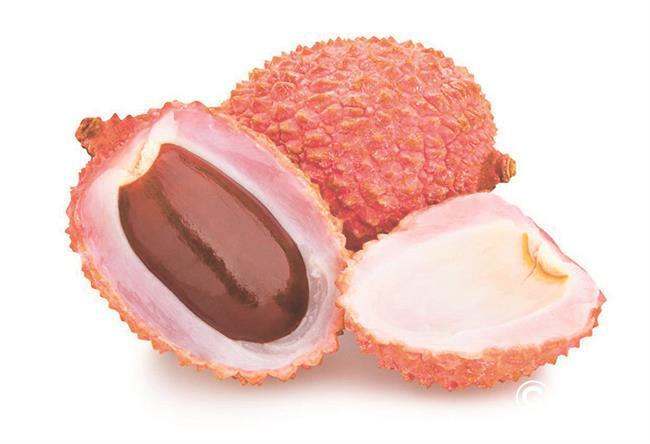 Glowing ahead of me like a beacon from the heavens was a plane I’ve been following closely for the past few years, the C919 by COMAC (Commercial Aircraft Corporation of China Ltd), China’s first-ever wide-body, jet-engine passenger plane. A full-size simulator cockpit was set up and ready to go, but of course was roped off from regular guests.

My colleague Sophie was able to pull a few strings, and before long I was sitting in the captain’s seat next to Dong Wei, an assistant engineer with COMAC.

I was eager to get into the sky as soon as possible and see how the C919 flies, but Dong was a bit more keen to go through the proper processes. Of course.

So after a crash course in cockpit controls — no puns in this column! — he finally let me take off from a virtual Hongqiao International Airport. “I think we’re going a bit fast!” I told him, pretending I knew what I was talking about. “I think we need the speed brake.” Dong looked at me and laughed, so I knew my act wasn’t flying with him — pun intended this time.

After about four minutes of flying I landed back at Hongqiao airport, and it was back to reality. “So, do you think we succeeded with this flight?” I asked my instructor. He laughed again, which wasn’t a great sign. “Yes, we must succeed!”

And with that I walked out feeling proud, and counting down the days until I can fly in the C919 for real when it takes to the skies in 2021.

>Check out Andy's vlog to learn more about the event!