Four troupes won awards in a singing competition themed on life and also celebrating the 70th anniversary of the People's Republic of China on Thursday.

The competition, launched almost seven months ago, attracted around 2,500 participants in 63 groups nationwide.

Among them, the Shanghai Foxiao troupe won the "most beautiful voice" award, and the Changwan art choir from Liaoning Province was granted the "most popular troupe" award.

The Changwan art choir from northeast China's Liaoning Province entered a short video showing the social development of China via the memories of several generations of Chinese in the song "My Country and I."

The choir has 40 members with an average age of over 60 years and was established in 2000. The video expressed their love of the nation.

The event was organized by Fushouyuan Cemetery, which has been holding a life art festival since 2010 aiming to promote life education via music, photography, sculpture and art. 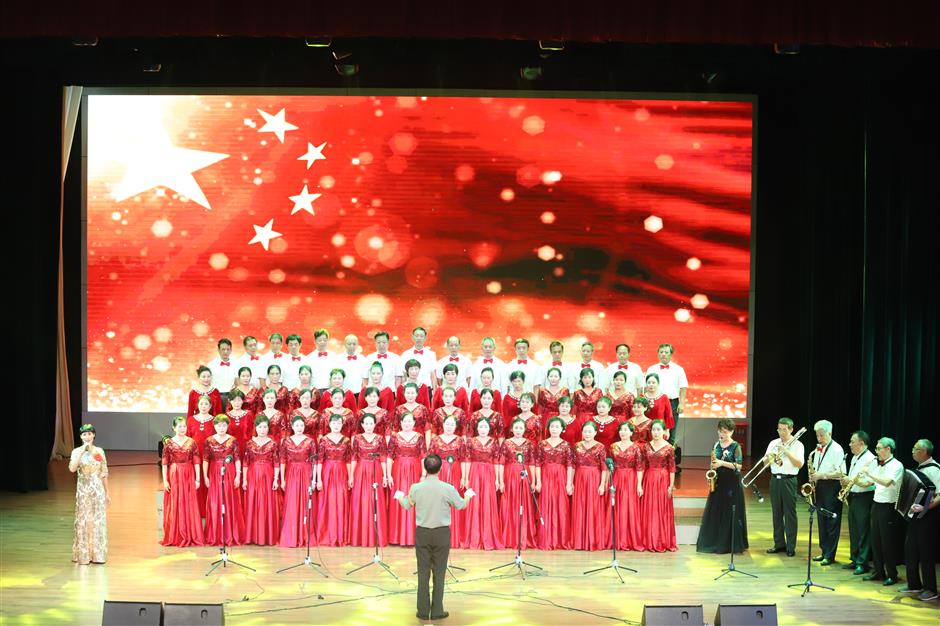 A choir sings in the competition, expressing their love for the nation.