Innovation from around the world

Over 30 global enterprises are showcasing their innovative practices on the sidelines of the China International Import Expo.

The exhibition, organized by Shanghai Daily, Eastday.com and The Paper, opened on November 1 at Shanghai Tower, the city’s tallest building and the world’s second-tallest, in Shanghai’s iconic Lujiazui financial zone. It will run through Friday.

Dozens of journalists from around the world reporting on the CIIE visited the exhibition on Thursday. Senior officials with some of the enterprises shared their visions in helping Shanghai’s role in the global innovation landscape.

Liu Qi (right), deputy editor-in-chief of Shanghai Daily, briefs reporters at an exhibition about the innovative practices of the world's leading enterprises at Shanghai Tower on Thursday.

With texts, photos and samples on display on the building's B2 floor, the exhibition looks at the companies' innovative achievements, showcasing their involvement in the city’s infrastructure projects, engagement in local innovation networks and their efforts in promoting sustainable communities.

As a major CIIE exhibitor, Honeywell mainly displays connected aircraft, smart construction, intelligent manufacturing, connect supply chain and safety production solutions. Many of the technologies are on display in China for the first time.

Shanghai is home to Honeywell’s Asia-Pacific headquarters and its R&D center. It cooperates with local universities, colleges, research institutions and companies to promote the transformation of technological achievements into real products.

UFI chose Shanghai as one of its innovation centers because China is the largest automotive market, where the new-energy vehicle sector and concepts develop faster than in other countries, said Carlo Nizia, supervisor of the board of directors with UFI Filters (Shanghai) Co. He said UFI’s Shanghai R&D Center will become the group’s center of excellence. 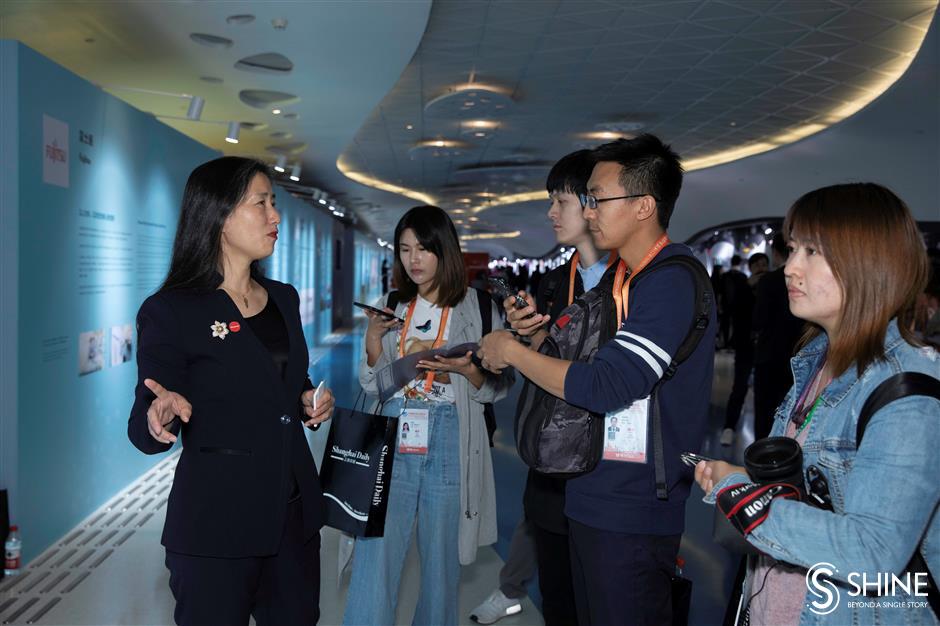 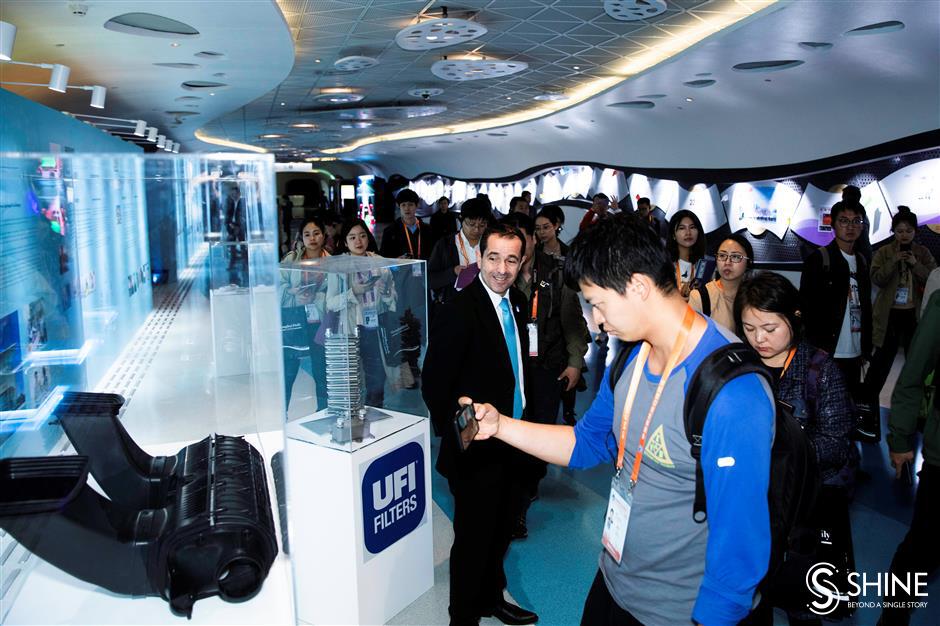 Reporters take photos on the latest products from UFI Filters, a global leader in filtration technology and thermal management.

Fujitsu has been cooperating with Changan Automobile, a leader in China’s domestic automobile industry, over the past seven years to create a set of smart manufacturing solutions suitable for Chinese automobile enterprises, said Sun Rui, assistant manager in the tech firm's marketing and community department.

Under a “World Without Waste” sustainable packaging vision, Coca-Cola China has created a series of rPET products, such as shoes, bags and coats made from recycled plastic bottles. A relief tent made with waste bottles was once used in the Ya’an earthquake in 2013.

Signify's project is giving a dramatic lighting facelift to the city’s three major bridges and the waterfront along the Huangpu River. It is the largest single architectural lighting project in its history

Another highlight is a robot developed by the State Grid Shanghai Municipal Electric Power Co. It is equipped with an infrared thermometer, HD cameras and other equipment to detect safety risks and improve efficiency in maintenance work in electricity substations.

Shanghai has become a key node in the network of global innovation resources, and innovation is a major engine to drive Shanghai to become a global city of excellence.

According to the city's commerce commission, by the end of September Shanghai had 705 regional headquarters of multinational companies, including 109 Asia Pacific headquarters, as well as 452 innovation centers.

Official statistics also show that in the first nine months of this year, the city witnessed 93 new foreign-funded manufacturing projects. Real foreign investment in the sector grew by 15.1 percent to US$1.56 billion, with 38.6 percent finding its way to high-tech manufacturers.

The exhibition was organized with the guidance of Shanghai's information office, the commerce commission and its science and technology commission, with support from Shanghai Daily MNC Communication Club, Shanghai Association of Foreign Investment and Shanghai Tower. 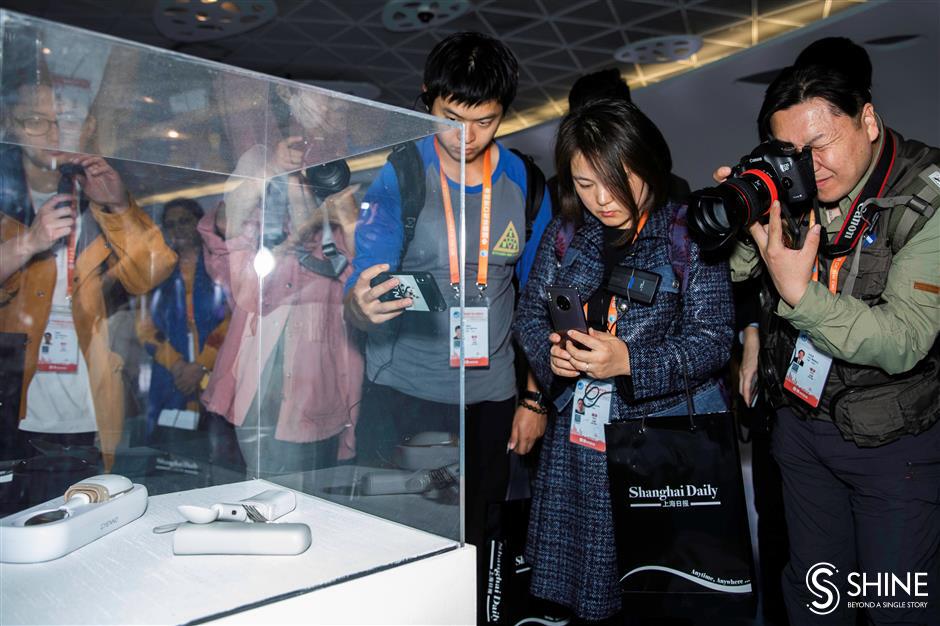