He attributed his experience in China as part of the reason he was called into the Italian government. During his tenure was heavily involved in many economic initiatives with China, including Italy signing a memorandum of understand (MoU) to advance the Belt and Road initiative during President Xi Jinping’s state visit in March. 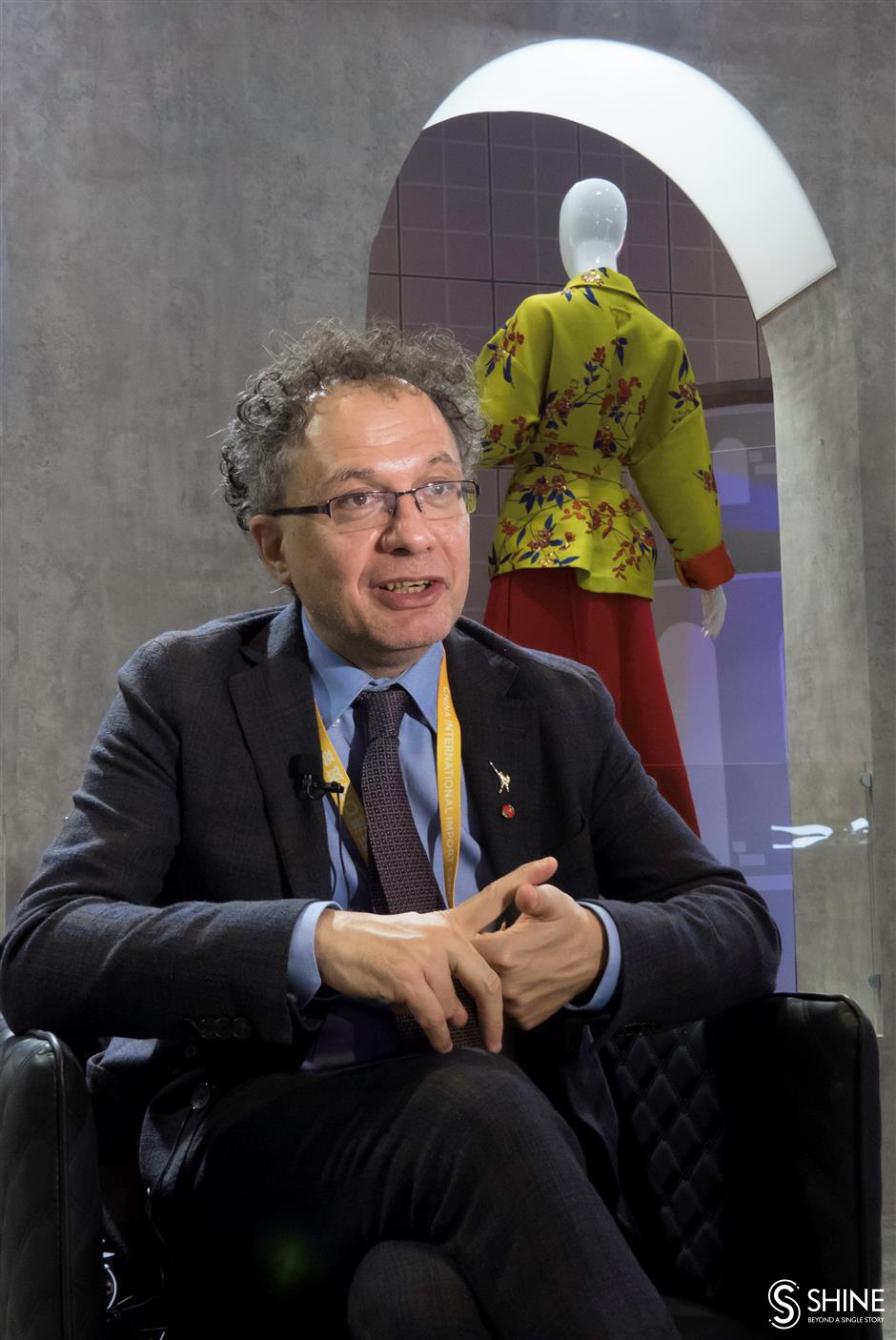 The economist has also witnessed some of the results which followed the signing and was involved in setting up Italy’s pavilion at the ongoing China International Import Expo.

He sat down with Shanghai Daily inside the pavilion to share his insights of the memorandum and China-Italy relations, his teaching experience in China and the highlights of Italy national pavilion.

SD: You were very involved in the MoU, and were one of its strongest supporters. Do you hold the same view now eight months later?

Geraci: Signing the MoU was one of the good things the Italian government did in this year.

It’s a step to try to bridge the export gap that Italy has with other European partners with regards to China.

When I first arrived in government, I transferred the idea that Italy could do much better. Italy and China could trade much more.

The goal was to use this MoU on the Belt and Road to facilitate this increase in trade. The MoU is a way to stimulate an exchange of knowledge, hence to stimulate business.

The initiative is not just Italy and China. It’s also all the countries in the middle that really need infrastructure development.

It is one of the biggest infrastructure development projects in the world and we want to be part of it.

SD: What are some of the results so far?

Geraci: Some people have been anxious to see immediate numbers, but it takes time to see results.

We are doing a few things already. We opened up some roads for the export of meat, for example.

The relationship needs to be taken care of with time. These are two big countries and they need to get to know each other more.

SD: One of the deals involved was in regards to the port of Trieste. How is that project going?

Geraci: The Port of Trieste is a good cooperation to start with.

There was a new step just this week – the investment of CCCC (China Communications Construction Co) in Wuxi with the cooperation of the port authority to facilitate trade.

The goal is to make sure Italian companies can export more to China, using this project as a platform.

SD: You once wrote that this MoU could serve as an example for other European countries. Do you see them following suit soon?

Geraci: The language we have in the MoU is one very close to international standard.

We talk about a level playing field, with important reference to green, which is very dear to European members and China. It is a win-win situation.

This would be the basis of other future MoUs other European countries may sign.

They need time because they want to see what Italy gets from it, then they will be encouraged.

So my invitation to Chinese companies is that the more business you do in Italy, the more value there is in the MoU, and the more other countries will be encouraged to sign.

SD: You taught in three universities in China. How was the experience?

SD: What do you think of the national pavilion this time?

Geraci: The Italian pavilion, I took personal care to design it, so everything you see in the pavilion has my personal input, which is very unusual for a government official to get into such details.

I’m very happy at the way it came out. It shows all the Italian culture and history, mixed together.