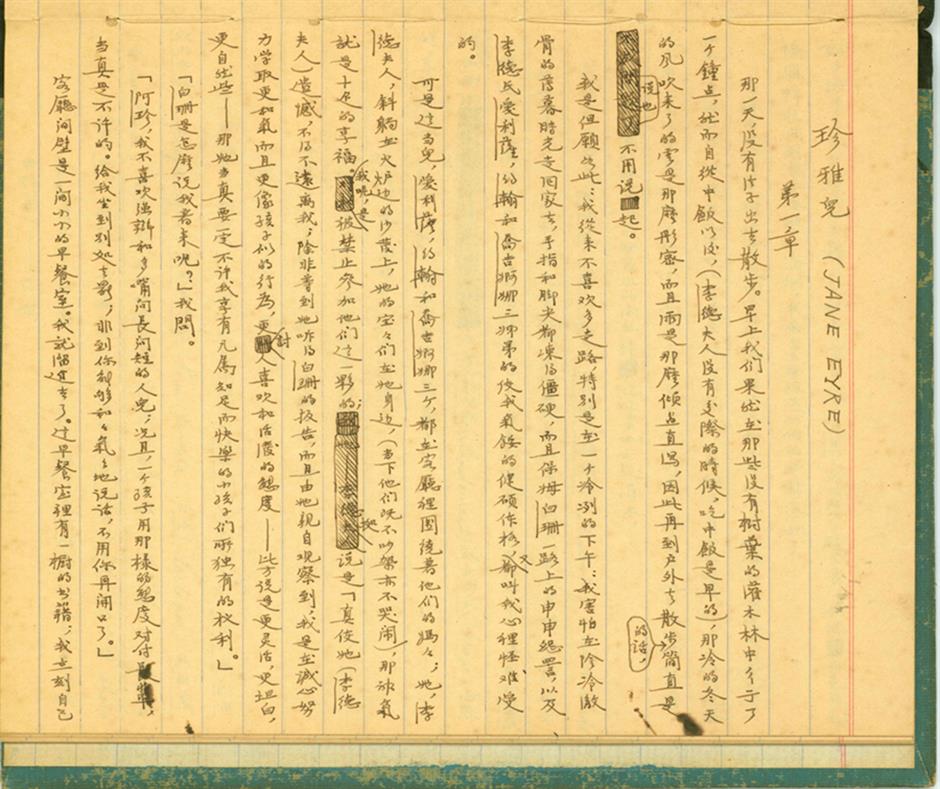 The manuscript of Mao Dun's translation of "Jane Eyre."

More than 200 rare manuscripts are now on exhibition at the Shanghai Library, including many from noted literary figures. Entitled "From Inspiration to Masterpiece: Manuscript Collection of Shanghai Library," the exhibition will run through November 27.

At the opening ceremony on Friday morning, Yao Haitian, son of late novelist Yao Xueyin, donated 48 letters to the library that renowned author Mao Dun wrote to his father. These letters are all about literary creation and Mao's father's historical novel on Li Zicheng, the legend leader of a peasant uprising.

According to exhibition designer Liu Minghui, from the library's manuscript section, they installed more than 70 QR codes at the exhibition, which visitors can scan to learn more about the manuscripts on view.

The QR codes launch videos and recordings made by the original owners of the manuscripts, related songs and clips from old movies and links to background and academic papers.

"These are some special and interesting artifacts. For example, Gao Mang, an author, poet, translator and painter who passed away two years ago, lived a very frugal life. He always wrote his works or did translations on waste papers and package inserts," said Liu.

Besides the written manuscripts, visitors can also see the design drafts of traditional Shanghainese products, such as the Shikumen Shanghai History Rice Wine, Phoenix Pearl skin-care products and the logo of Bright Dairy.

Zhou Deming, deputy curator of the library, told Shanghai Daily that there will also be a series of 17 speeches given by manuscript donors and experts as part of the event.

"Through this exhibition, we'd like to express our appreciation to all donors and launch the next round of manuscript collection," Zhou said. 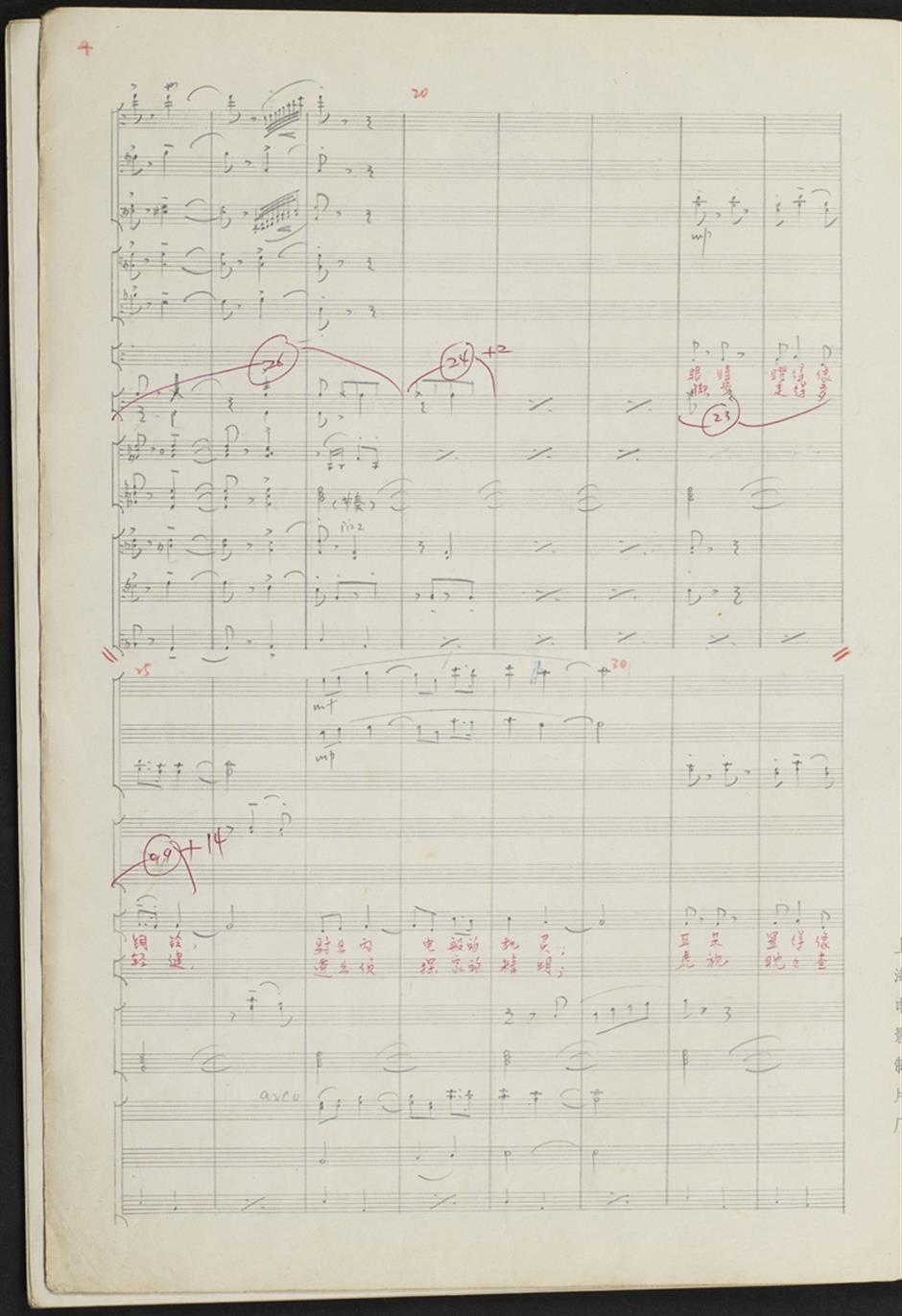 The manuscript of the theme song of famous Chinese cartoon "Black Cat Sheriff." 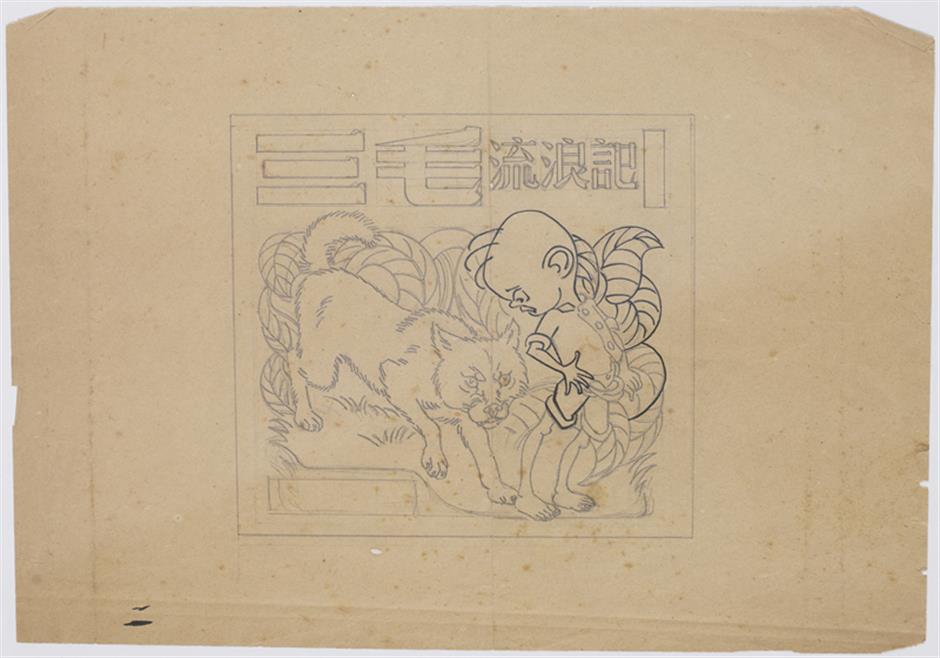