Ying extended a warm welcome to Holness for joining the 2nd China International Import Expo on behalf of the Shanghai municipal government and people.

Jamaica is one of the earliest countries in the Caribbean to recognize and adhere to the “One China” policy, Ying noted, adding that the relationship between the two countries has continued to develop steadily. “Shanghai and Jamaica have always maintained friendly exchanges under the framework of the consensus reached by the two heads of state, and we are willing to deepen cooperation in the fields of economy, trade and ports, strengthen exchanges in sports and humanities, and promote the smooth development of bilateral relations and play a bigger role in promoting regional cooperation and exchanges,” the mayor said.

The CIIE is a major measure by the Chinese government to firmly support trade liberalization and open up the market to the world, Ying said. “I am very pleased to see Jamaica as the guest country of this year’s expo. Jamaica’s Blue Mountain coffee and lobster are famous in the world. I hope that Jamaican companies will achieve better trading results at the expo,” he added.

Holness said that Jamaican people and Chinese people have long-standing exchanges and deep friendship. “The CIIE gives us the opportunity to showcase the unique products of Jamaica to the people of China and Shanghai. This visit to Shanghai has brought me a lot of enlightenment, and I hope to further deepen cooperation and exchanges and achieve common development,” the Jamaican leader suggested. 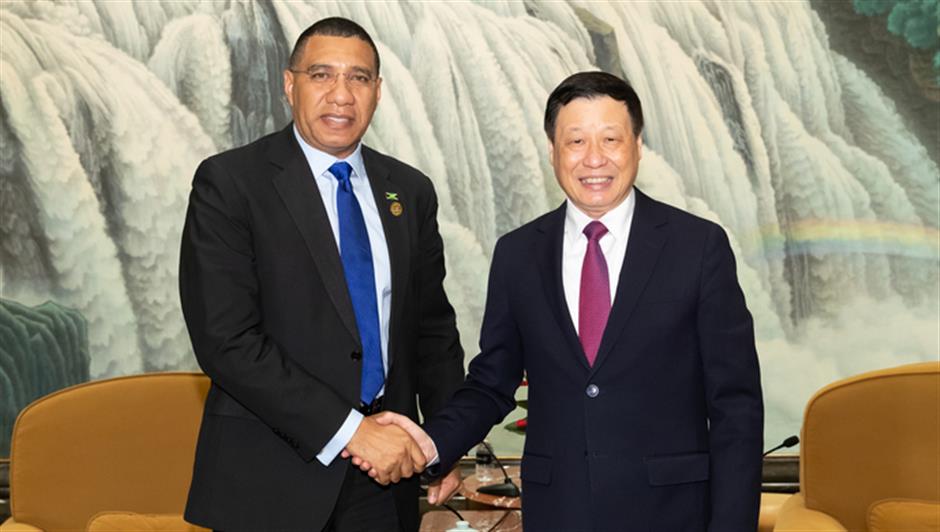