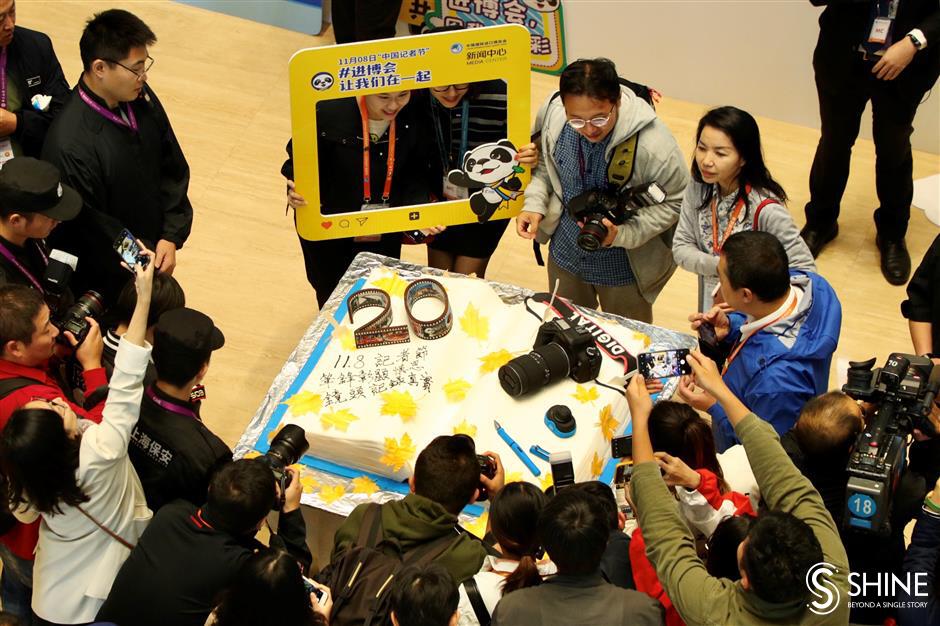 Journalists take photos of an enormous cake featuring an edible notebook and camera for the celebration of the Journalists’ Day on November 8.

For reporters, November 8 is a special day meant to honor their profession. At the CIIE media center, media workers celebrated Journalists' Day with a giant cake and plenty of smiles.

According to the cake makers, it was designed by media center staff and only finished this morning.

“The cake is a little dry, but I am delighted that they care about us," a CIIE reporter joked.

But amid the celebration, there was still plenty of work to be done at the expo, which is being covered by thousands of reporters from home and abroad. This includes several staff from Shanghai Daily.

Here's a glimpse into the work that goes into bringing you the stories from the CIIE. 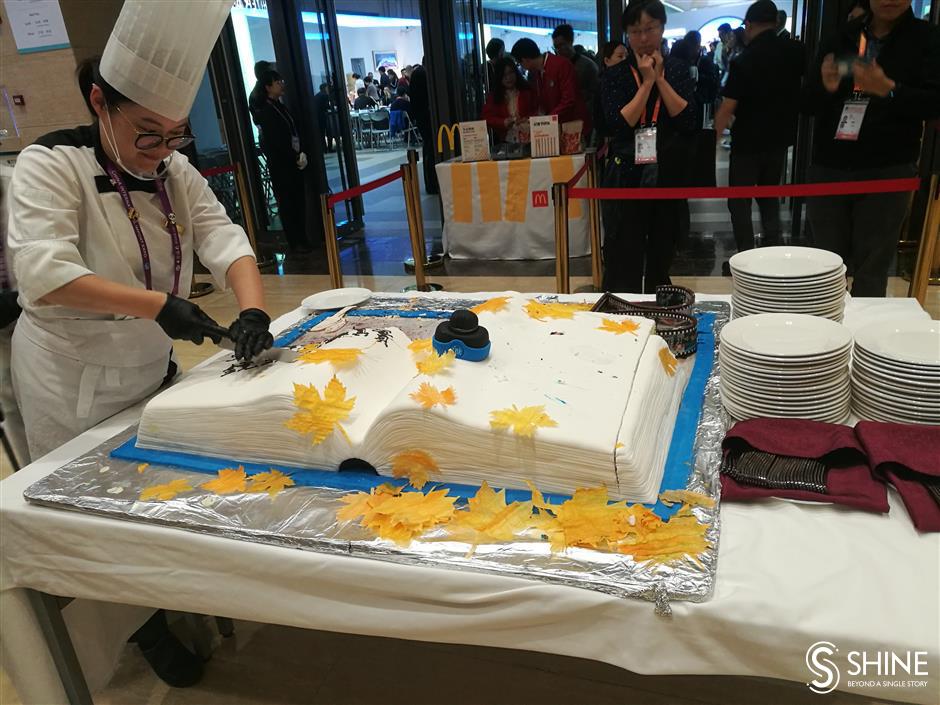 A massive cake is cut up to be shared among the more than 4,000 journalists reporting on the CIIE. 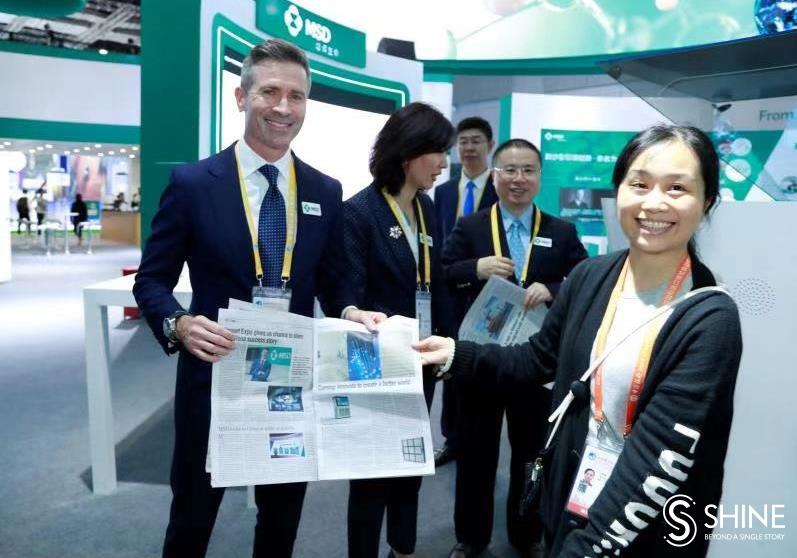 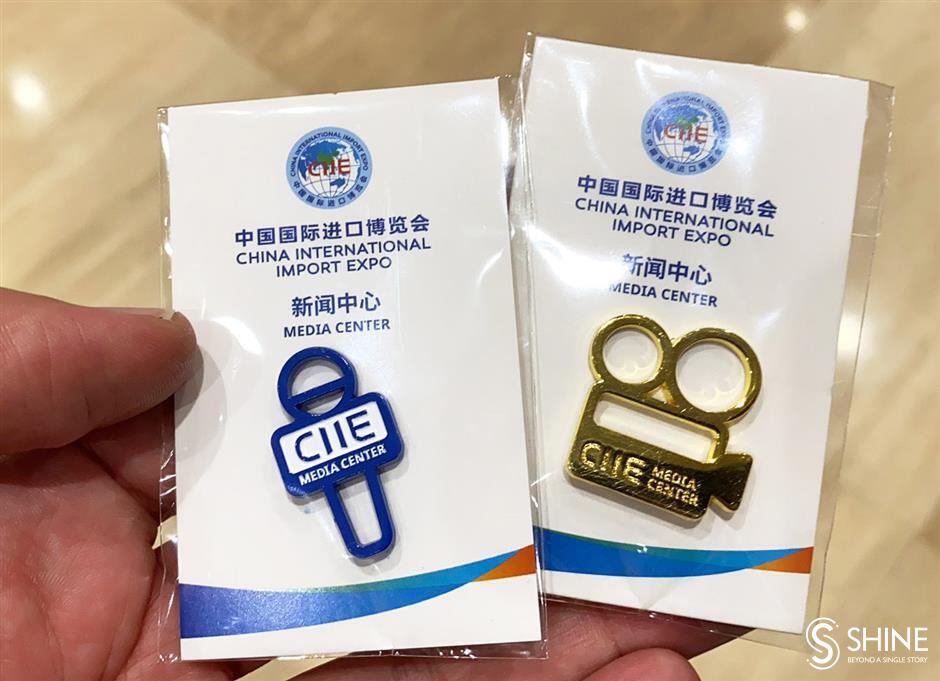 All the journalists got special CIIE badges on Journalists' Day. 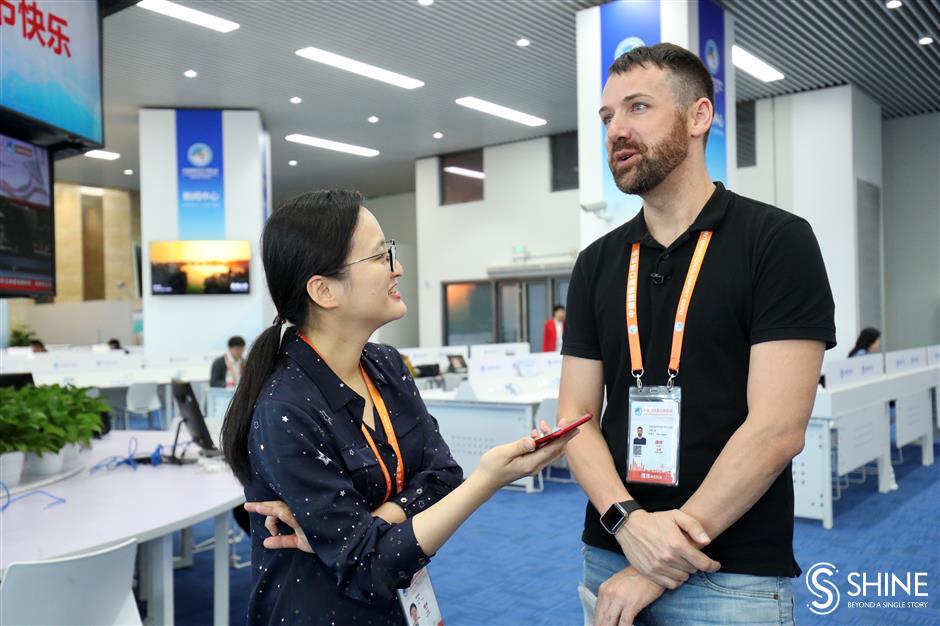 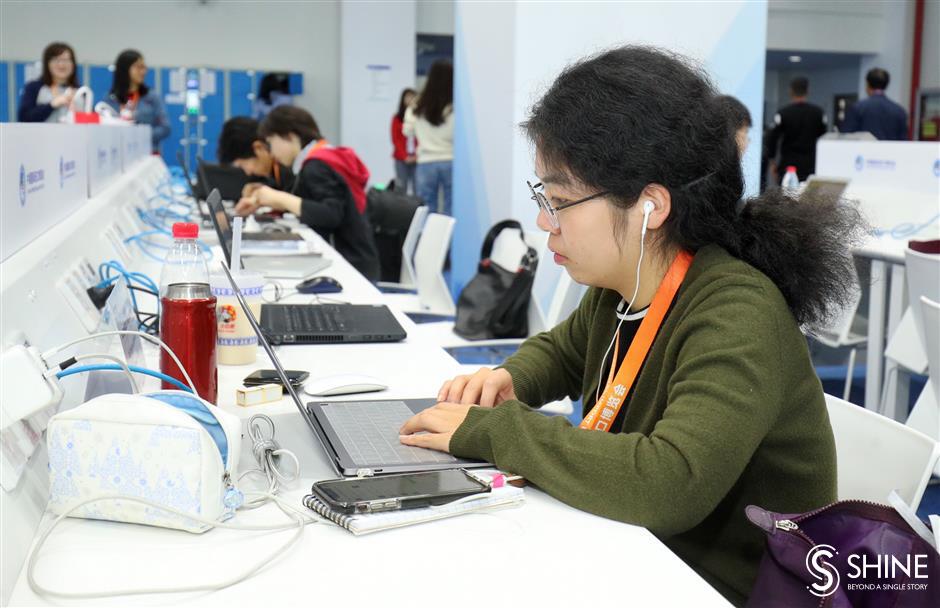 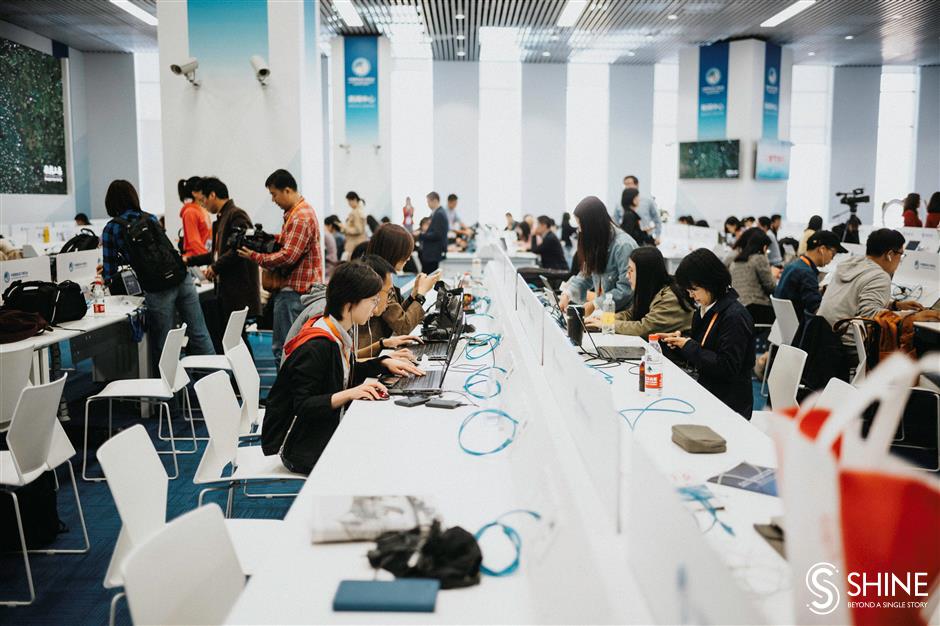 Zhong Youyang (front), video editor of Shanghai Daily, has produced more than a dozen videos in the past four days. 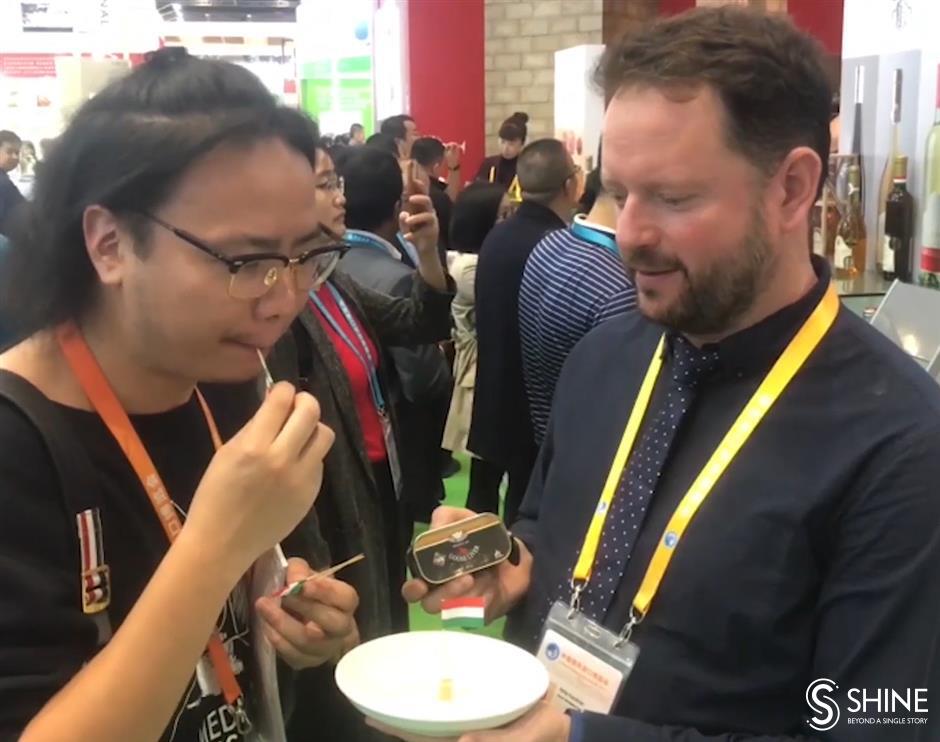 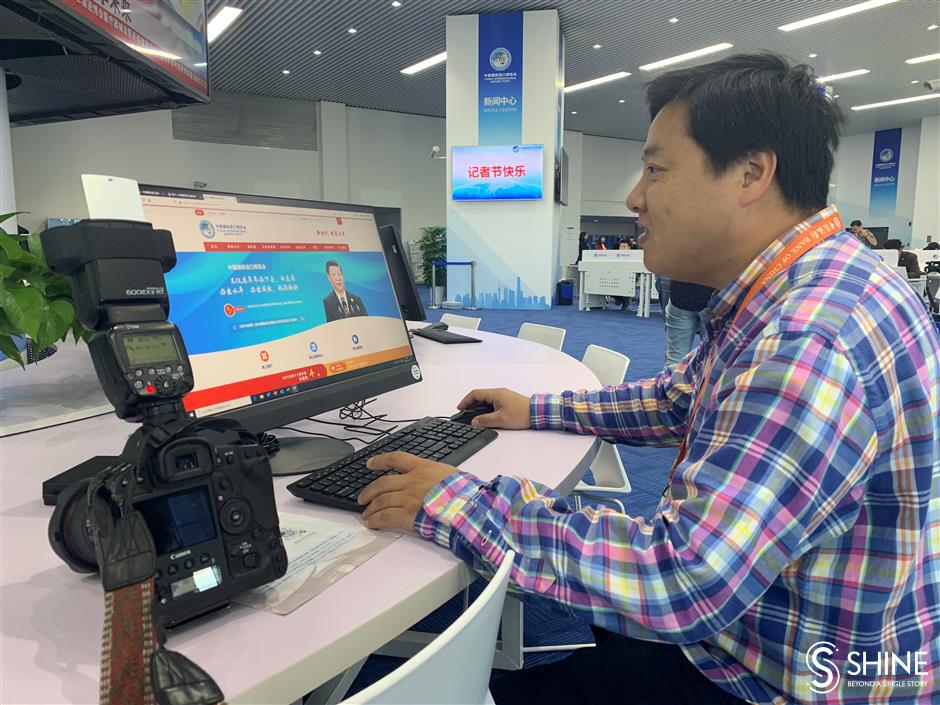 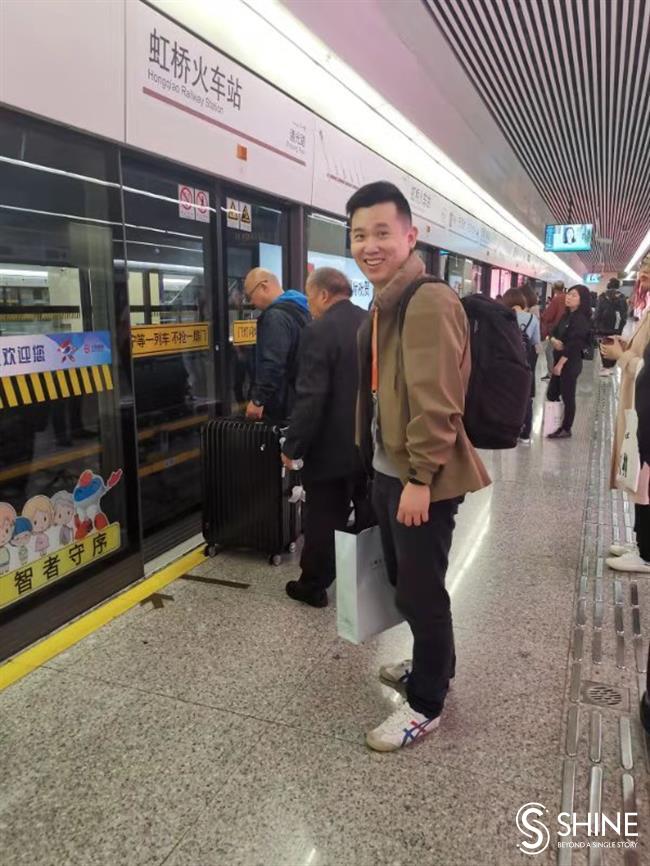 Ma Xuefeng, Shanghai Daily's videographer, on the way to CIIE. 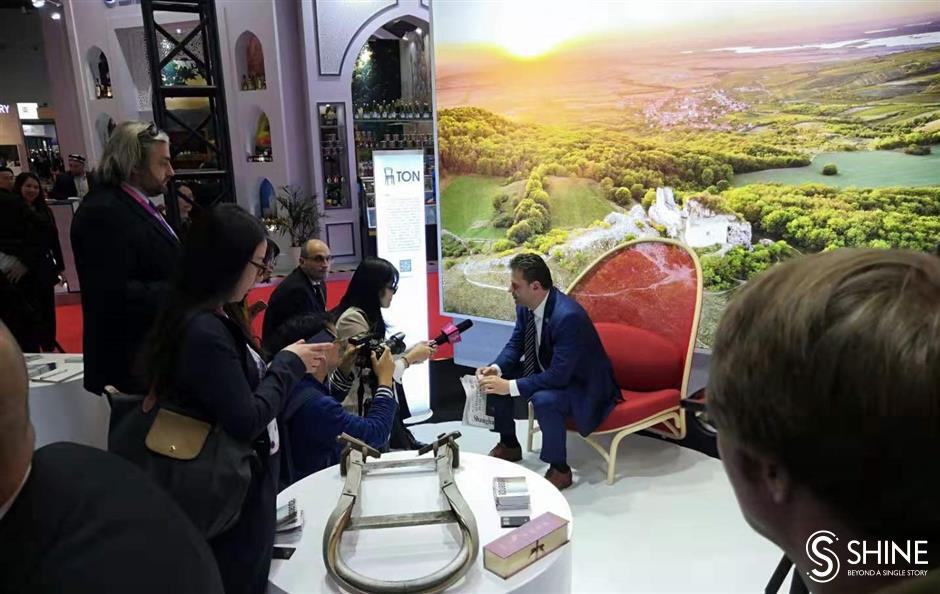 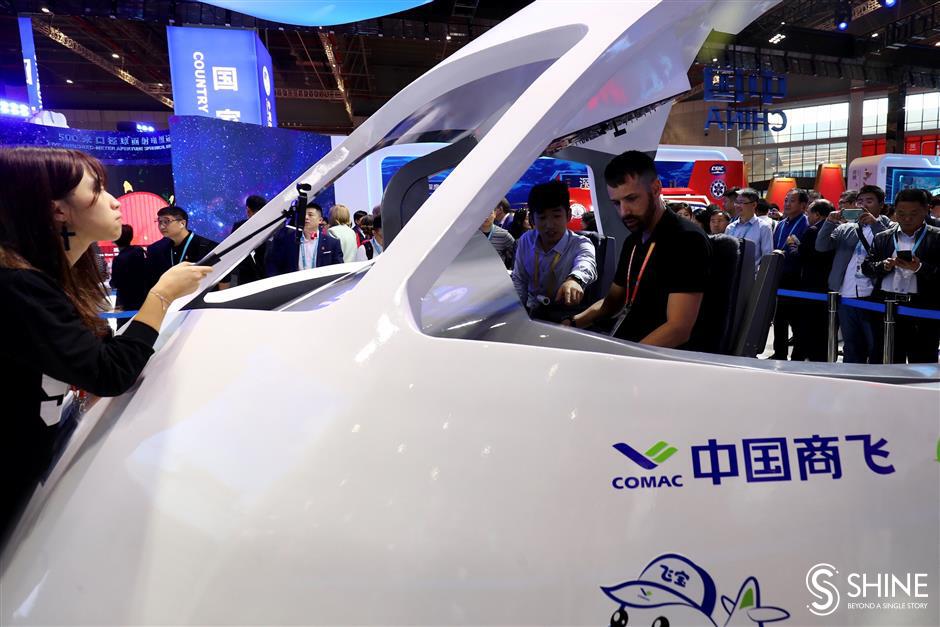 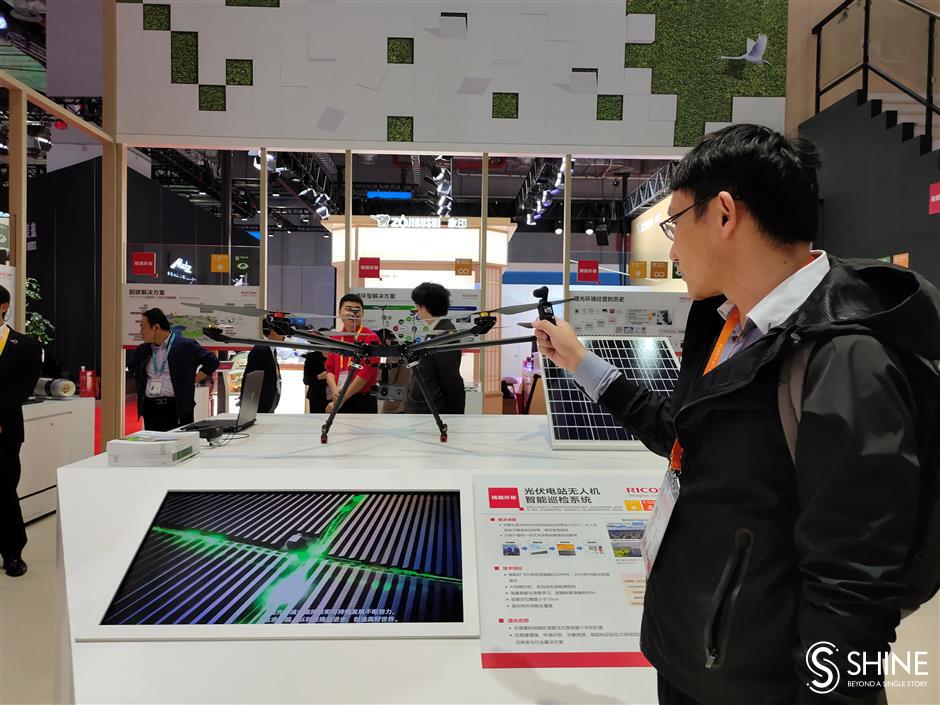 Shanghai Daily business reporter Zhu Shenshen shoots a video of a drone in the High-Tech Hall.

Shanghai Daily staff work in the newspaper's private office in the expo.