Shanghai exit-entry police said yesterday that by the end of Thursday, 109 people came to the service station to get consultation on different exit-entry affairs.

Yuya Konishi, a Japanese national and manager of Choya Umeshu Co, is a new exhibitor at the expo and got help from the exit-entry police at the venue.

He entered China in October on a 15-day visa-free regime for Japanese nationals to start preparations for the expo.

He would have had to return to Japan by November 4 because his visa-free period was set to expire, despite still having work to complete.

However, Konishi managed to get an extension after seeing the TV news about the new service station.

“I didn’t expect it to be this efficient,” he said.

“I presented only my passport, residence registration record, the business license of my company and an application for the extension.” 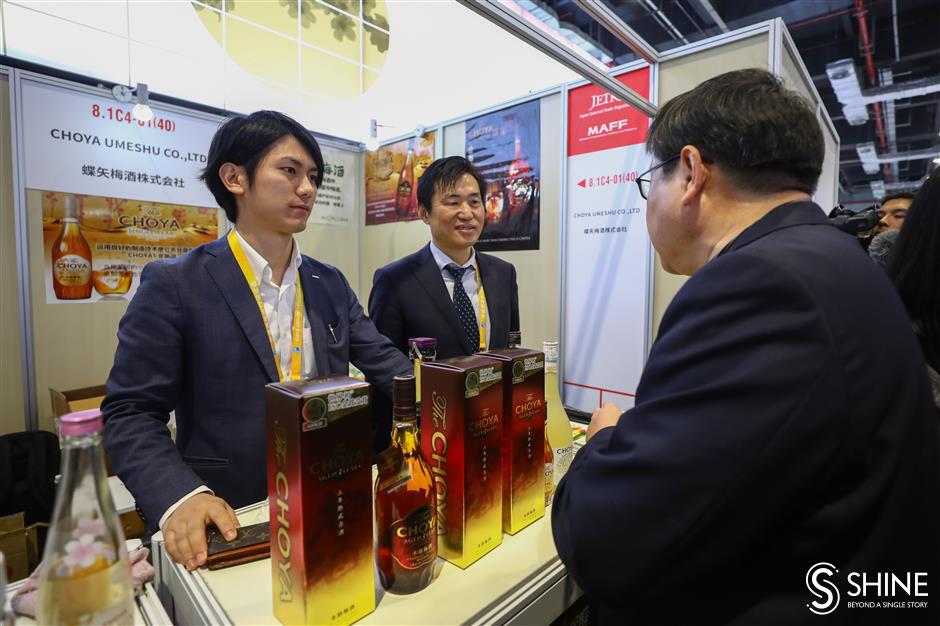 Yuya Konishi (left) and his colleague talk to a Chinese importer at CIIE.

Peter Pollmeier is a German national who is general manager of the InterContinental Shanghai Hongqiao hotel at the venue of the expo, the National Exhibition and Convention Center. He wasn’t among the exhibitors, but his hotel serves a lot of expo exhibitors.

Pollmeier got help at the service station on Thursday.

He lost track of time and realized that his one-year residence permit was expiring and sought help from the exit-entry police since he heard about the new service at the exhibition center a week ago.

“It was very convenient and fast to renew my residence permit here, because in the past I had to go to Pudong, which would take almost half a day,” he said.

Pollmeier, who worked at the hotel during the expo last year, said the police are providing more convenient and quicker services this year. 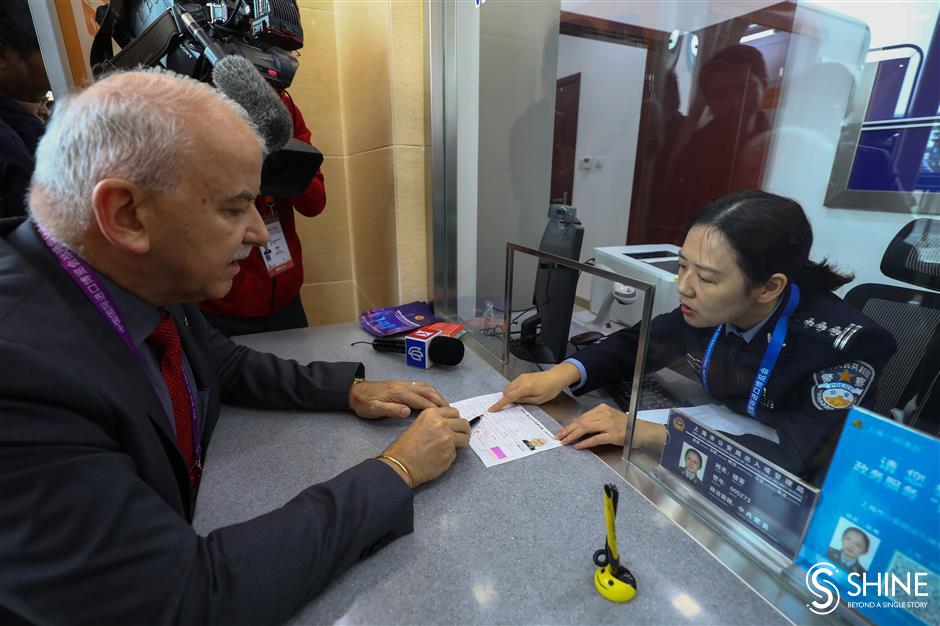 Peter Pollmeier gets his residence permit extended at the service station in the National Exhibition and Convention Center.

Visa and residence permit applications are usually solved in a matter of a few minutes, while it could take foreigners three to four hours traveling to and from exit-entry offices in urban Shanghai, said Cai Baodi, director of the foreigners’ exit-entry document administration division of Shanghai Exit-Entry Administration Bureau.

“We have already got many people asking about visa extensions, and we told them that our service is meant for them to resume their business trips here without too much concern about their visa,” he said.

The location of the service station, which is on the first floor of the B0 office building opposite Gate 13, is not marked on the venue’s map provided to expo visitors as part of their welcome information pack, as the maps were printed before the service station was opened at the end of last month.

But about 5,000 volunteers working inside the venue have been trained to advise people in need to seek the service station.

Shen Yuan, a volunteer at an information desk on the first floor of the exhibition center, said she advised an exhibitor from Sri Lanka several days ago.

“He said he lost his passport, and a fellow volunteer accompanied him to the service station, where he reported the loss of his passport,” she said.

The exhibitor, Giguruwa Gamage Sathyajith Prasada, later found his passport and came to the service station again on Thursday, bringing a bottle of Sri Lanka’s famed black tea to police officers as a thank you. 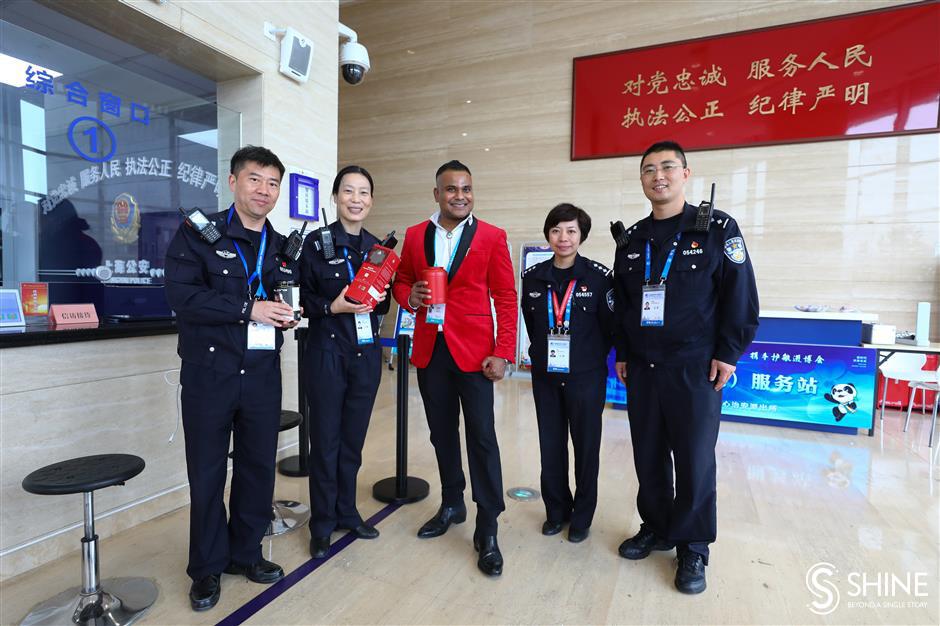 Now the location of the service station is marked on new maps, which are available both at the station and info desks inside the venue.

This is the first time an exit-entry service station was opened for the expo, addressing the growing needs from a large number of people attending the event.

It’s estimated around 37,000 people from outside the Chinese mainland will attend the expo this year, a 23 percent rise from last year.

Elsewhere, at the city’s Hongqiao and Pudong airports, the exit-entry police are operating two 24/7 windows to issue on-arrival visas to foreigners who are to attend the expo.

By the end of Thursday, four people got their visa on arrival through the new service as a result of close cooperation of the exit-entry police and the authorities in charge of the expo.

Kong Dezhi, an official of the visa on arrival division of the exit-entry administration bureau, said those who apply for a visa on arrival need only to present an expo invitation letter.

The visa would be issued within five minutes as different authorities have an efficient exchange of information between themselves, Kong added.