A group of foreign companies signed agreements to set up headquarters or open new businesses along Suzhou Creek in northwest downtown on Friday on the sidelines of the second China International Import Expo. 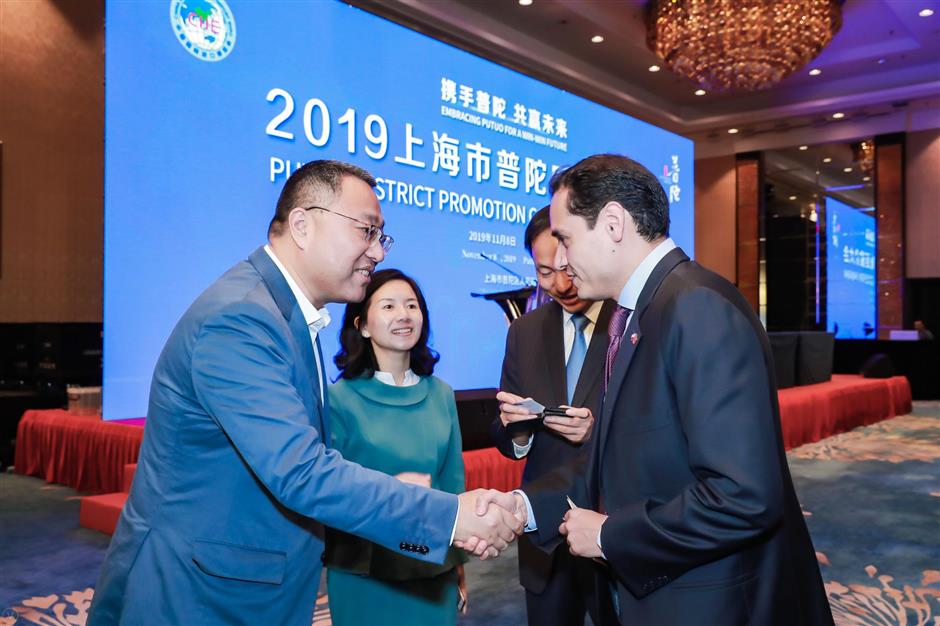 Cao Liqiang (left), Party secretary of Putuo District talks with a foreign official at a CIIE investment promotion on Friday.

They include a robotic retail project in Putuo District. The German city Krefeld signed an agreement with Shanghai's foreign investment center and Putuo to develop cooperation between China and Germany. The new retail project will become the first outcome.

CIIE is a good platform for German companies to learn about market demand of China and promote their products, said Krefeld's Andreas Struwe. He said plans to encourage more German enterprises to take part in the next CIIE.

Struwe said the German city was once at the western end of the ancient Silk Road. "We have a long history with China, and we hope we will have a great future," he said.

Putuo hosted a meeting on Friday to attract foreign investment.

Over 150 officials from overseas consulates, chambers of commerce and companies in Shanghai attended before visiting an exhibition at the Universal Software Park and Changfeng Business District along the creek . 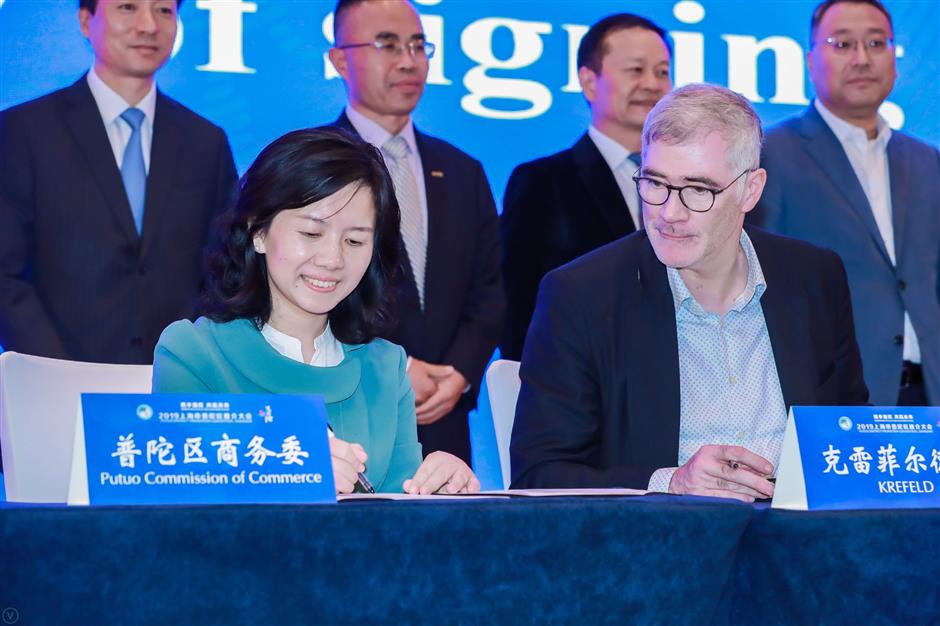 Andreas Struwe signs an agreement with a local government official.

Ten agreements, including those with Krefeld, were inked at the meeting.

Q-Tech GM, a subsidiary of Swedish industrial giant Atlas Copco, signed an agreement with Changfeng Business District to set up in the district.

"Officials with the business district actively offer help and solutions on talent and investment, which reinforces our determination to set up headquarters in Changfeng," said Zhang Ning, a senior official with Q-Tech GM.

Officials from foreign consulates, chambers of commerce and companies in Shanghai visit an exhibition at the Universal Software Park.

The towns of Taopu and Zhenru signed contracts with Belgian and German companies. Taopu, the former base of chemical industry companies is redeveloping itself into Taopu Smart City. Zhenru is about to become one of Shanghai's major subcenters with high-end communities and fast transport links.

Putuo attracted 258 foreign projects in 2018 with investment totaling US$1.9 billion.

Over 5,000 companies have attended the CIIE to make purchases, a 45 percent increase on last year, said Jiang Dongdong, deputy Party secretary of Putuo. 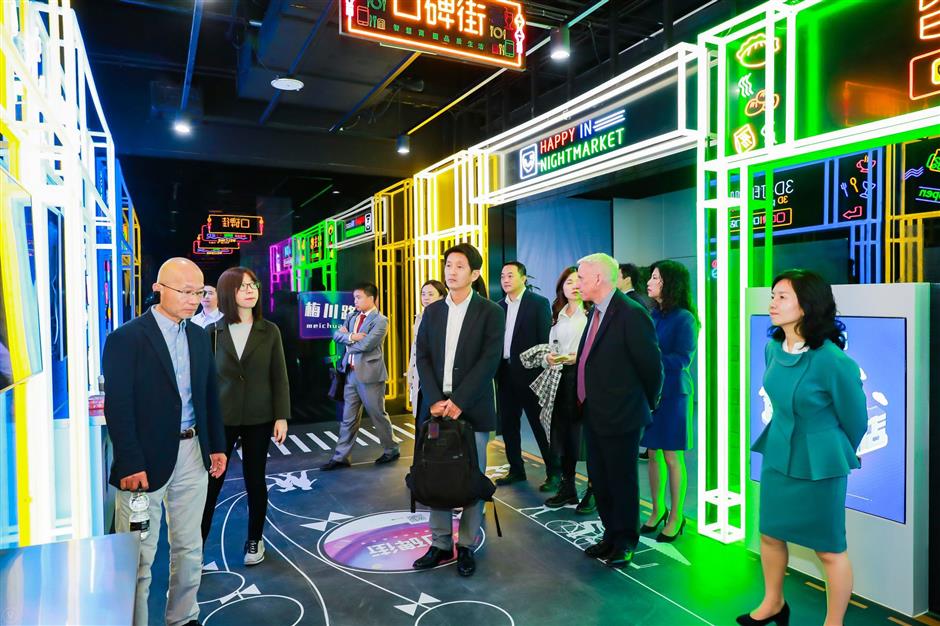 The district has been offering services for major buyers, including German wholesaler Metro AG and French supermarket Carrefour. Many private, foreign and small and medium enterprises have been invited to the expo.