Shanghai's snack retailer Lyfen inked agreements worth nearly 130 million yuan (US$18.6 million) with enterprises from Australia and South Korea during the CIIE.

Agreements were signed with Freedom Foods Group from Australia and Daesang from South Korea on research and development and trends in the food industry.

Freedom Foods Group is a leading dairy and beverage group, while Daesang focuses on fermentation, starches and general food production..

The snack retailer also attended the first expo, and the sales volume of its full cream dairy milk, the best sold product in its Youngme series, soared 754 percent over the past year. Lyfen has partnerships with companies in more than 20 countries and regions.

In 2018, the scale of China's imported food market hit more than US$70 billion for the first time with a growth rate of 18.1 percent from a year earlier. The output value of China's snack market is expected to reach 3 trillion yuan by 2020. 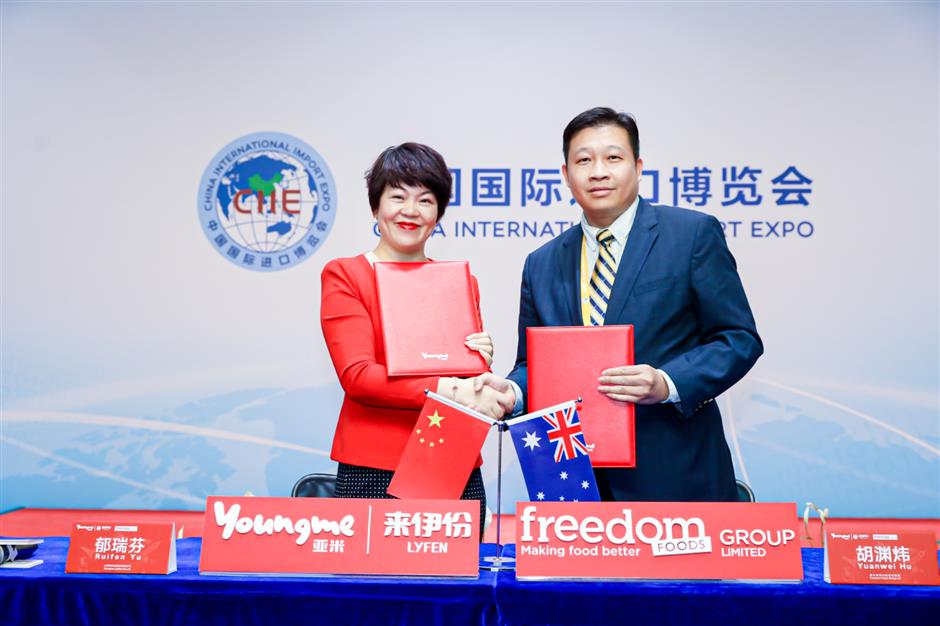 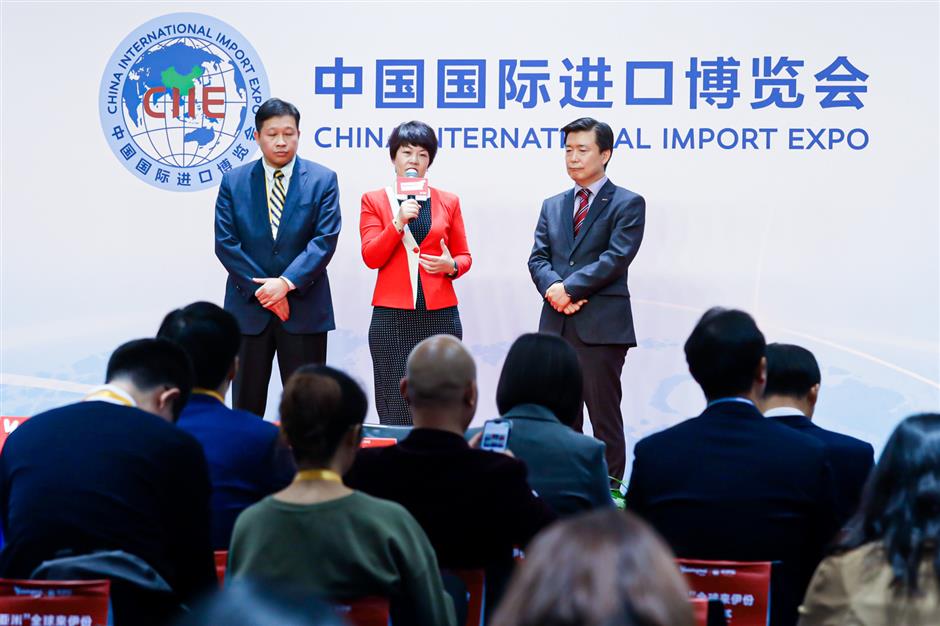 Lyfen inked agreements with food enterprises from Australia and South Korea during the expo.