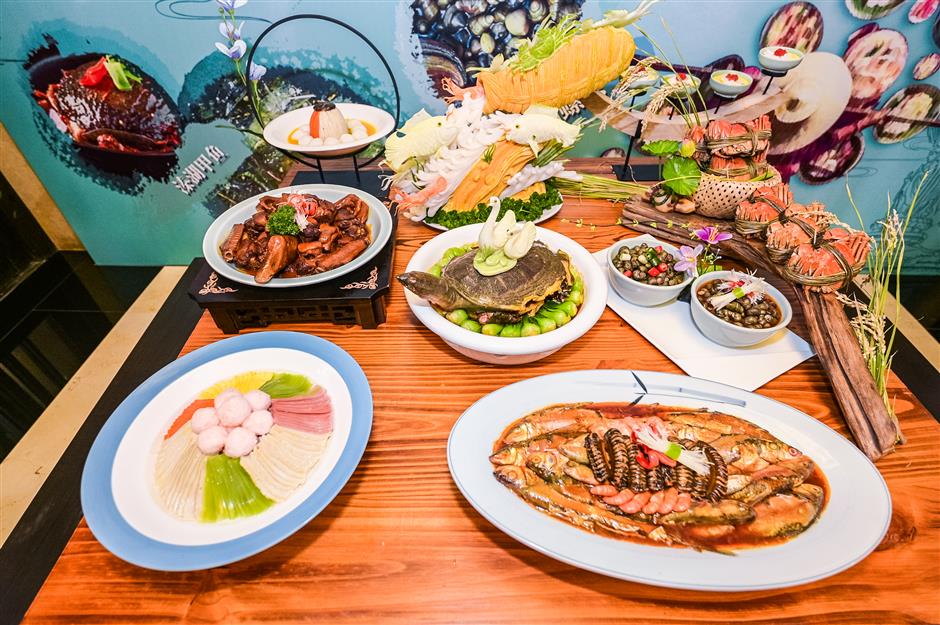 The eight Qinhu dishes on display 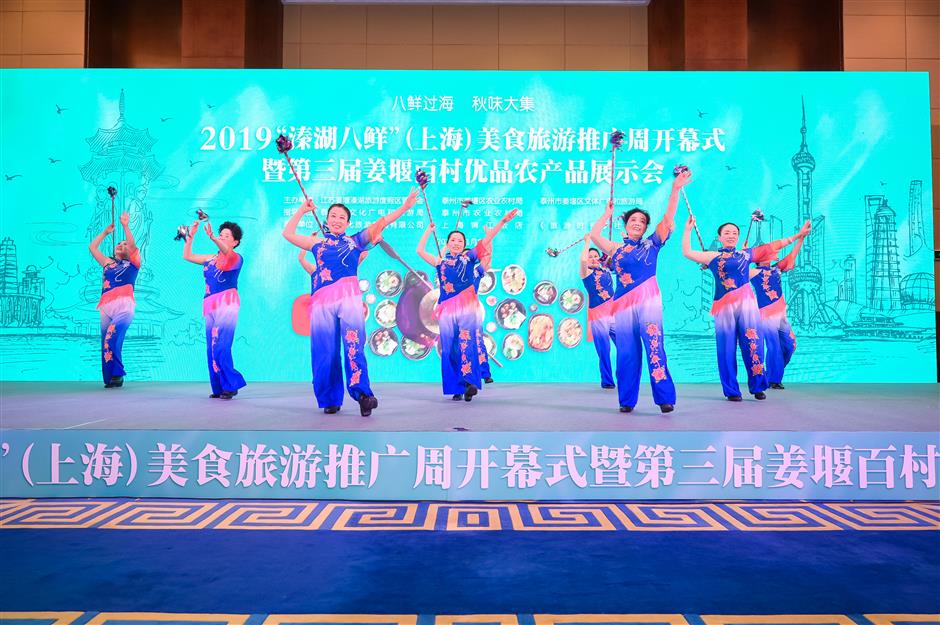 A Lianxiang  dance is staged during the opening ceremony.

A week of food and tourism promotions in Huangpu District features dishes and agricultural products from Jiangyan District in Taizhou in neighboring Jiangsu Province.

Chefs from Jiangyan prepared local specialties alongside traditional folk performances such as the lianxiang and huagu dances at Shanghai Jinjiang Hotel during the opening ceremony on Friday. Events run through November 14.

The Jiangyan is home to Qinhu Lake, with a variety of fish, shrimp, shellfish, waterfowl and vegetables, the best ingredients for the eight best-known Qinhu  dishes. Qinhu crab, No.1 on the list, is tender, fresh and nutritious because of the water quality in the lake.

The Qinhu eight dish banquet is famous in Huaiyang cuisine, which originated in Yangzhou and Huai'an in Jiangsu.

Qinhu is a model zone of agriculture and sightseeing tourism, known for mushrooms, grapes, water chestnut, beef and mutton. 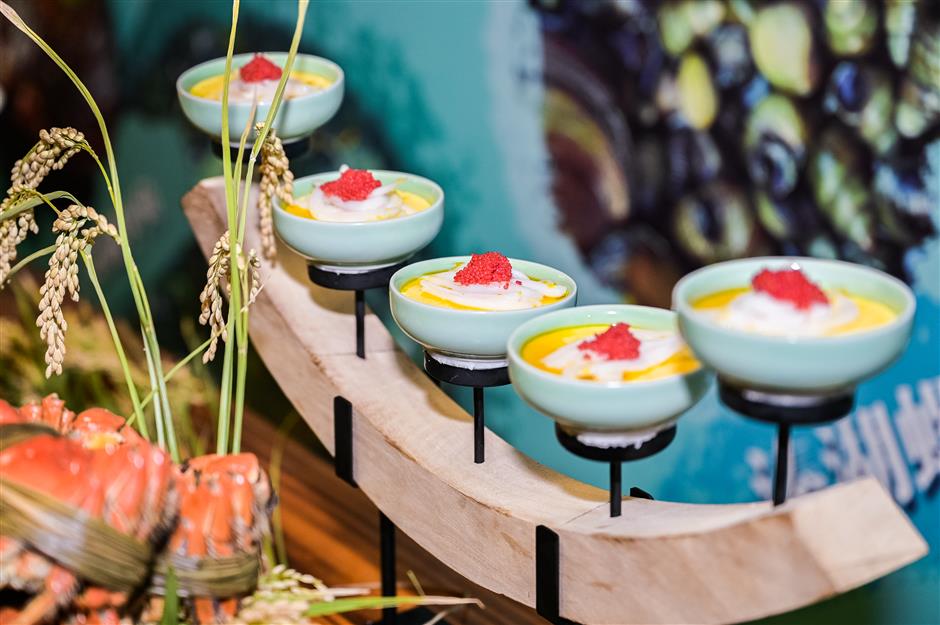 A Qinhu delicacy on display. 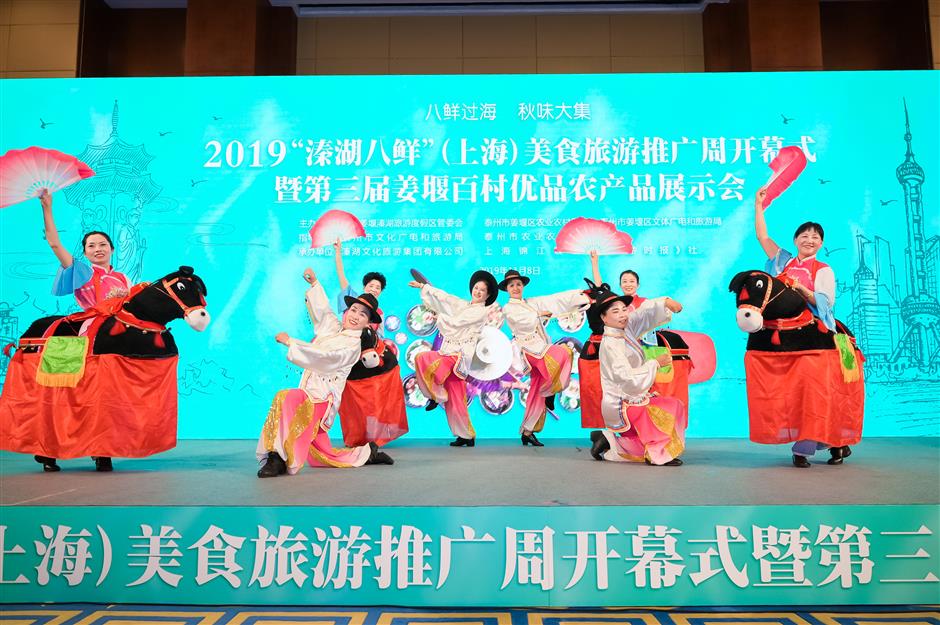 A performance during the opening ceremony