Exhibitors at the China International Import Expo are actively sorting their waste at the National Exhibition and Convention Center, Shanghai's greenery and public sanitation authorities said on Saturday.

The rate of trash sorting is over 80 percent at the center, the property management operator said. 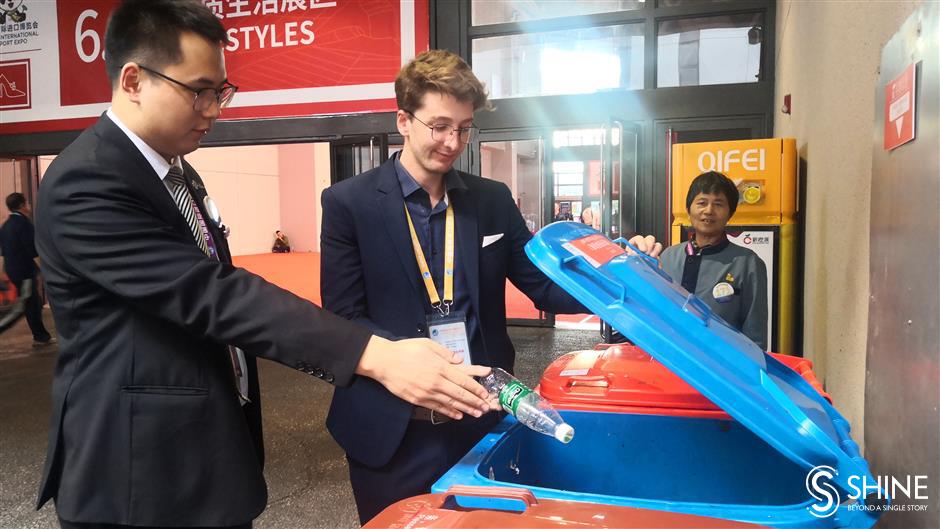 Maximilian Stefan Boris Koenig, an German exhibitor with Waldmann KG, disposes of an empty drinking water bottle into the bin for recyclable trash.

There are nearly 4,000 garbage bins, each with a capacity of 240 liters, at the center, and 128 permanent disposal spots with bins for three types of trash: wet, dry and recyclable.

Their locations are selected based on human traffic at the exhibition areas and business areas.

The disposal signs and instructions are in both Chinese and English. Twelve short-distance vehicles, two vehicles for wet trash and four for dry in use during the event. 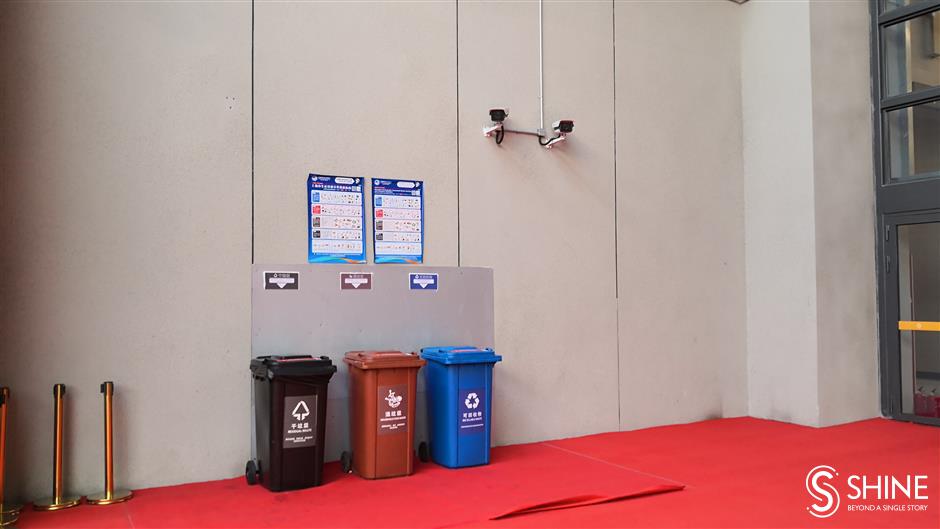 Three bins for wet, dry and recyclable trash are placed at the National Exhibition and Convention Center.

"Exhibitors and attendees have done a good hob in sorting their trash," said Liang Haining, an employee with Shanghai Lujiazui Property Management Co Ltd, one of the managers of the center.

"Most of them voluntarily sort trash, and many foreign exhibitors ask us about proper separation when they are not clear," he said. "They ask about some misleading trash such as bones."

Liu Meitao, a garbage-sorting helper, walks through the center throughout the day to help people. He takes more than 30,000 steps each day.

"In the morning, I mainly walk inside the exhibition halls, and move to catering areas around 10:30am for lunch time, and then return to the halls," he said. 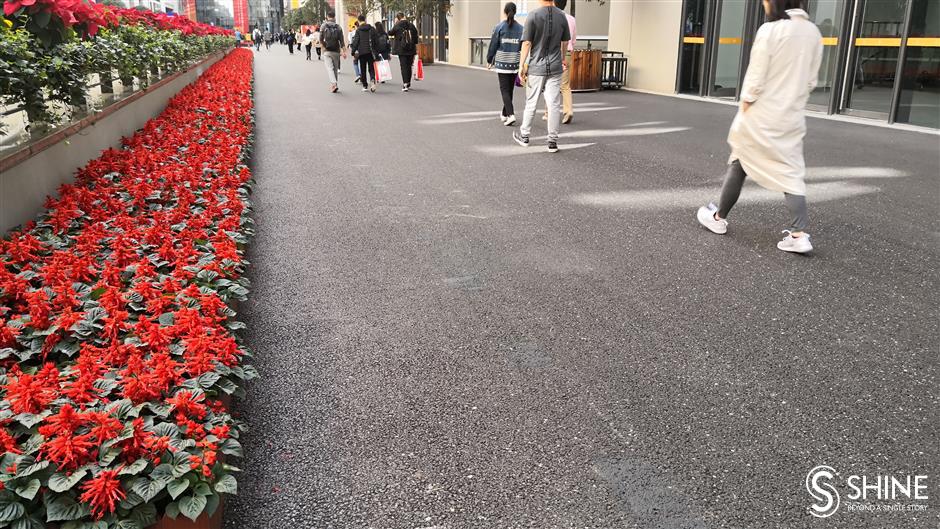 The area around the National Exhibition and Convention Center is very tidy.

"We distribute pamphlets in English at fixed disposal spots," he said.

"We have waste such as paper, plastics, foodstuff, plastic bottles, and cardboard boxes at our booth, and I am quite willing to separate them," said Maximilian Koenig, a German exhibitor with Waldmann KG.

"In Germany, we sort garbage as well, and it is quite similar," he said.

In addition, there are about 50 public sanitation vehicles and 266 cleaners working close to the center .

At the media center, garbage-sorting materials and VR games are available. 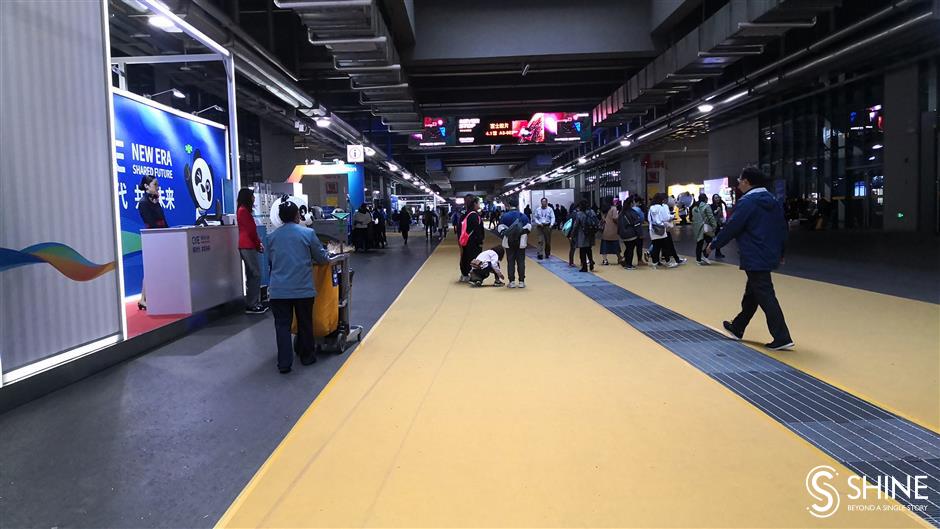