The second China International Import Expo wrapped up on Sunday. For Christian Till, a scientist from German home appliance giant Bosch, it was a quite intense but interesting experience.

As a technical scientist, Till usually works at a desk. But over the past few days, he was standing beside a washing machine and dryer, introducing the new stain detection system on the new models.

“How do you think about it? Do you have similar machines at home? Would such function make a difference?” Till had a close-up look at how people would look at the machines he helped designing.

“This is my first trip to Shanghai,” Till told Shanghai Daily. “The expo is a great opportunity to get in touch with consumers and focus directly on the consumer needs, and it worked quite well.”

It was not just Till. Du Fei, vice president of Bosch’s cooking appliances told Shanghai Daily that the booth in the Sci-tech Life Pavilion was bigger than last year, with more appliances on show.

“Our integrated kitchen solution made its debut in Asia on the expo,” said Du. “Compared with the expo last year, both the exhibitors and visitors are more professional and focused.”

Last year, Bosch closed deals worth 420 million yuan (US$60 million). Du said this year the number is still being calculated, but without doubt, will be bigger and the company has already booked for next year.

“We hope to bring more appliances along with our ideas of lifestyle.” he said. Chefs make dishes to showcase the cookwares at the Bosch booth in the CIIE. The company brought an integrated kitchen solution to the expo.

Another two companies from Germany, Stakunft and Miji have also decided to come to the expo again next year.

The creative cooking table the company brought to the expo was a huge hit, with a heating module placed inside, the table can boil up one liter of water in 90 seconds, said Ji Canyue, CEO of Miji International Holdings known for stoves and kitchen ranges, adding the company has made connections with restaurants, real estate projects and care facilities.

“We look forward to further negotiations with them to see if we can work something out,” said Ji.

But Ji also said maybe the cooking table has taken too much shine from the company’s other products and functions.

“We hope next year we can bring the visitors a more integrated experience, or maybe an one-hour cooking tutorial so that people can have a more comprehensive review of our products,” said Ji.

“If we go to professional exhibitions we definitely meet more professional customers,” Yang said. “But none of those exhibitions have drawn such huge attention and media all over the world.”

Compared with the last expo, Yang told Shanghai Daily he saw more purchasers from cities other than Beijing, Shanghai or Guangzhou this year.

“Smaller cities are also of great importance and it’s usually easier for us to target customers there,” Yang said. “For example we have difficulties choosing a site in Shanghai for there are too many choices, but if we go to a small city, one franchise house is enough to cover all the customers we want to reach.” 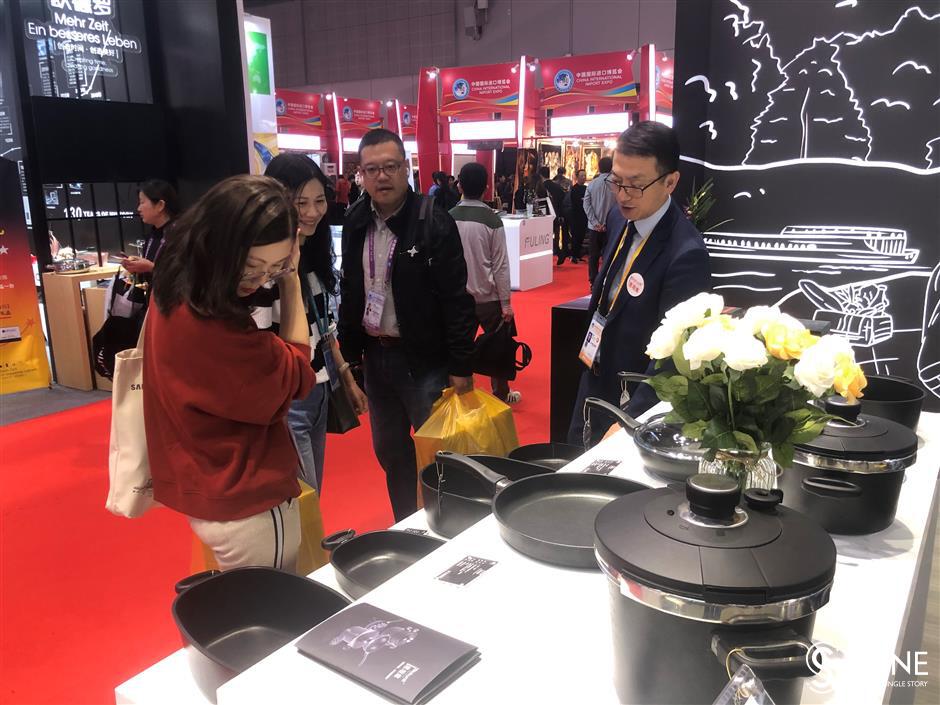 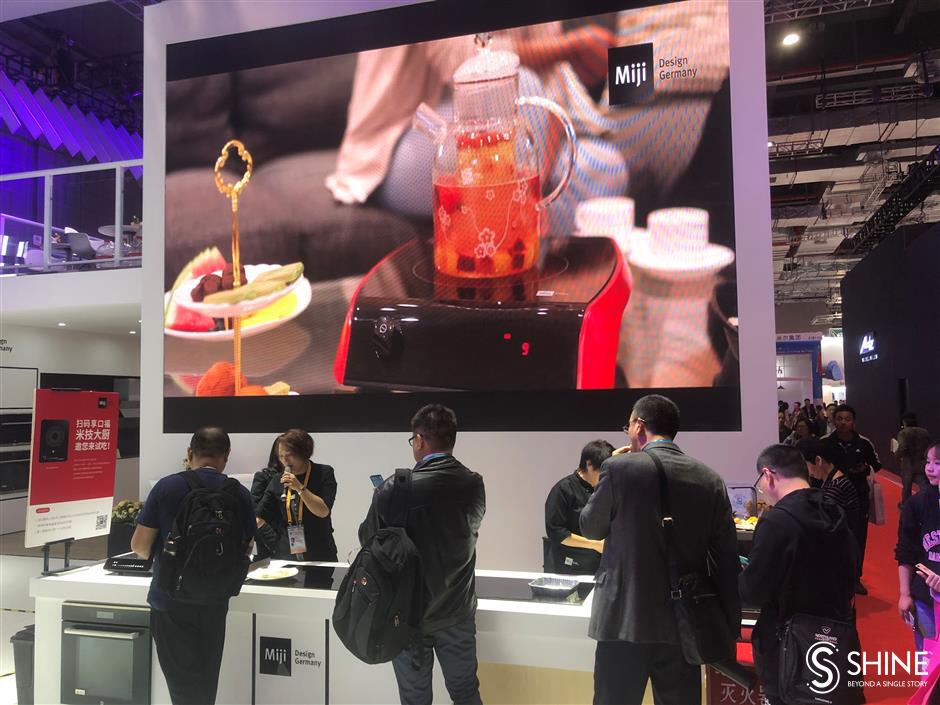 Miji's cooking table which makes its debut at the CIIE attracts crowds.