Shanghai Customs has destroyed 5 kilograms of flour carrying smut fungus, which can cause fungal disease of wheat, and 8.3 kilograms of plant reproduction materials like seeds and seedlings.

Smut fungus Tilletia indica is known as the "wheat killer" and has been blacklisted by more than 40 countries as a quarantine pest.

If the wheat is infected with it, there will be a reduction in output of up to 20 percent. The fungus has strong dispersibility and adaptability and can live long in soil.

The items were discovered by Huangpu Customs in personal luggage transported by sea. 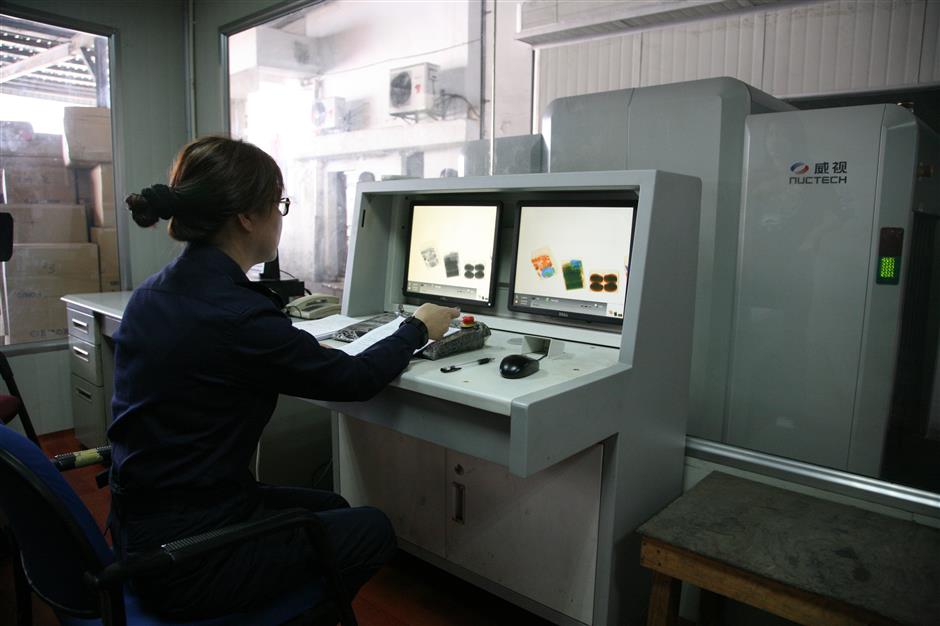 A female officer with the Huangpu Customs is checking luggage transported by sea via X-ray machine.