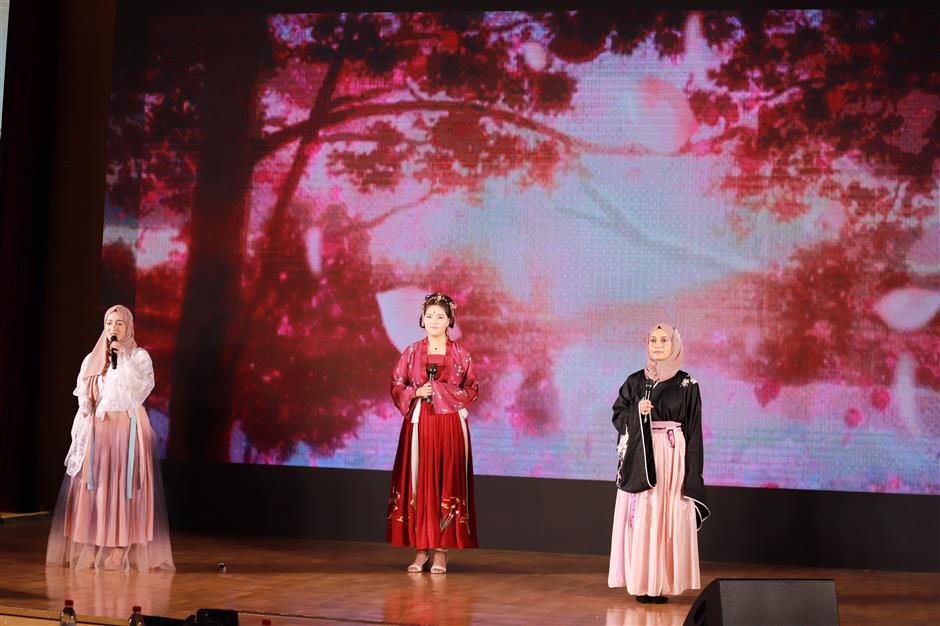 Teams of foreign students from local universities showed off their Chinese language skills in poetry and prose on Sunday.

The event began in 2017, organized by Fudan University. This year was focused on the 70th anniversary of the founding of the People’s Republic of China and friendship among people all over the world. It attracted more than 300 international students.

Duurenbayar said she started learning Chinese about 10 years ago as her mother is a Mongolian-Chinese translator. She also loves watching TV series, such as “Princess Pearl.”

Alshameri was born in Yiwu, Zhejiang Province, where her parents work, and she grew up there, but began to learn Chinese only three years ago when she started university in Shanghai.

Alazazi came to Shanghai more than 12 years ago when her father, who had studied in Shanghai, decided to settle down in the city. She attended regular schools in Shanghai and learned Chinese in her everyday life.

“I could not understand what people were talking about at first, but I tried and gradually developed day by day,” she said.

“When learning Chinese, you’d better not learn by rote,” she said. “You have to put yourself in the environment and when you get to love it, it becomes easier.” 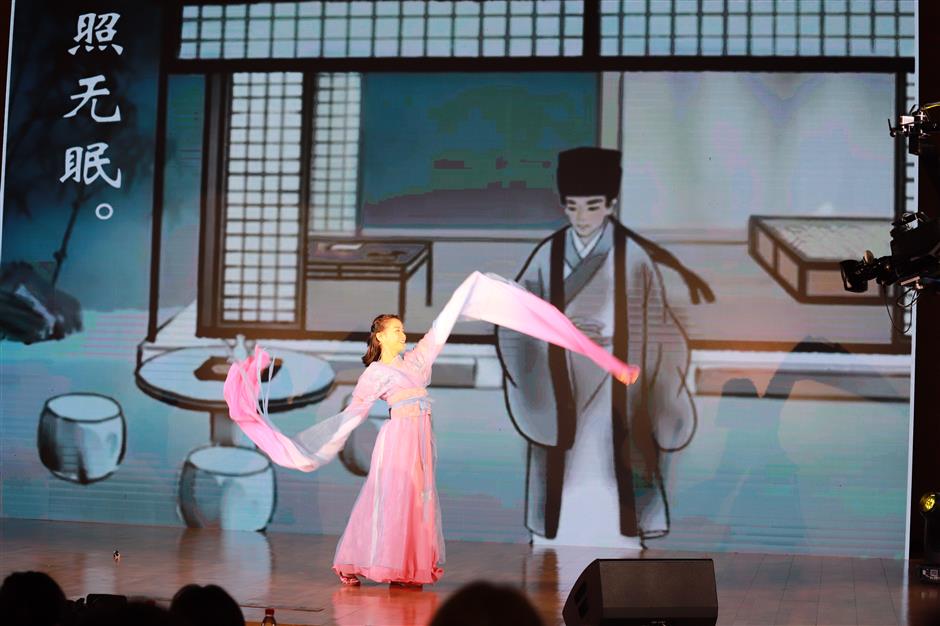