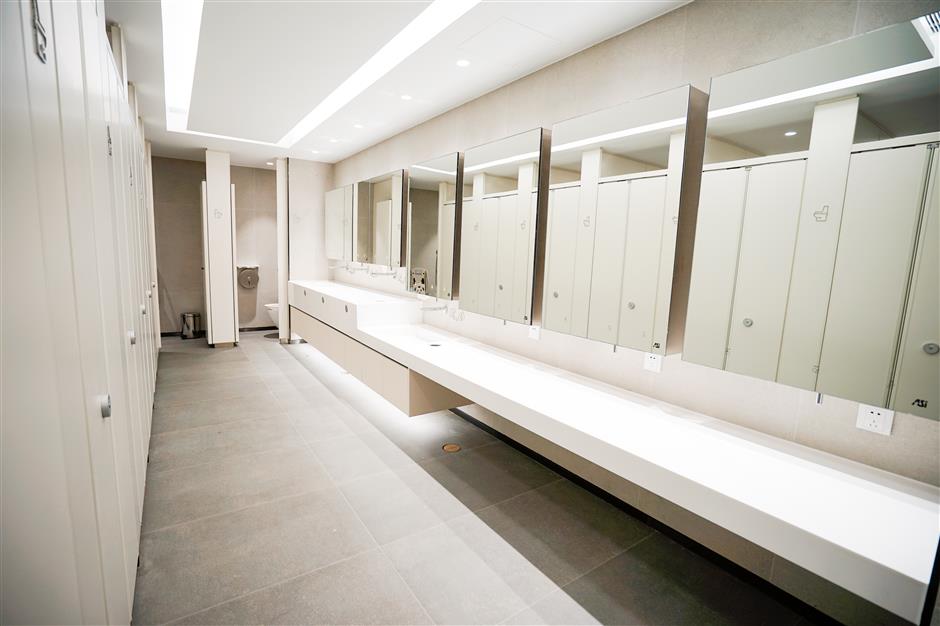 An upgraded restroom at the T2 terminal of Pudong International Airport.

Pudong International Airport has renovated two of its restrooms with inspiration from the second China International Import Expo.

The renovated "model" facilities are near the departure-entrance and arrival-exit areas for international flights at the airport's T2 terminal.

“The first batch of renovated toilets aim to offer good bathroom experiences at the beginning and end of a travelers’ journey,” an official with the airport authority said.

Inside the renovated bathrooms, an automatic cleaning system can wash and sanitize toilet seats within 15 seconds. The German design has won a Red Dot Design Award.

The folding door can also provide more space in each cubicle for large baggage.

In the female restrooms, a dresser has been installed with a professional lighting system that can simulate natural light. Additional hook racks have also been installed beside the basins.

The renovation project will continue to cover more lavatories at the Pudong airport, the airport authority said.

“The renovation has included the latest designs from across the world to demonstrate the spirit of the CIIE and share global wisdom,” the airport official said. 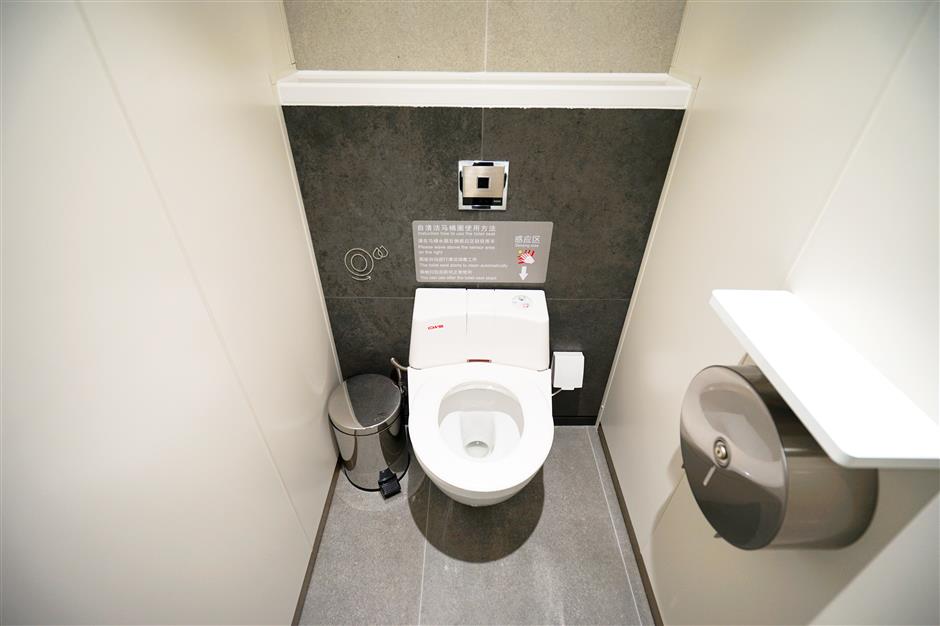 The automatic cleaning system from Germany can wash and sanitize toilet seats within 15 seconds. 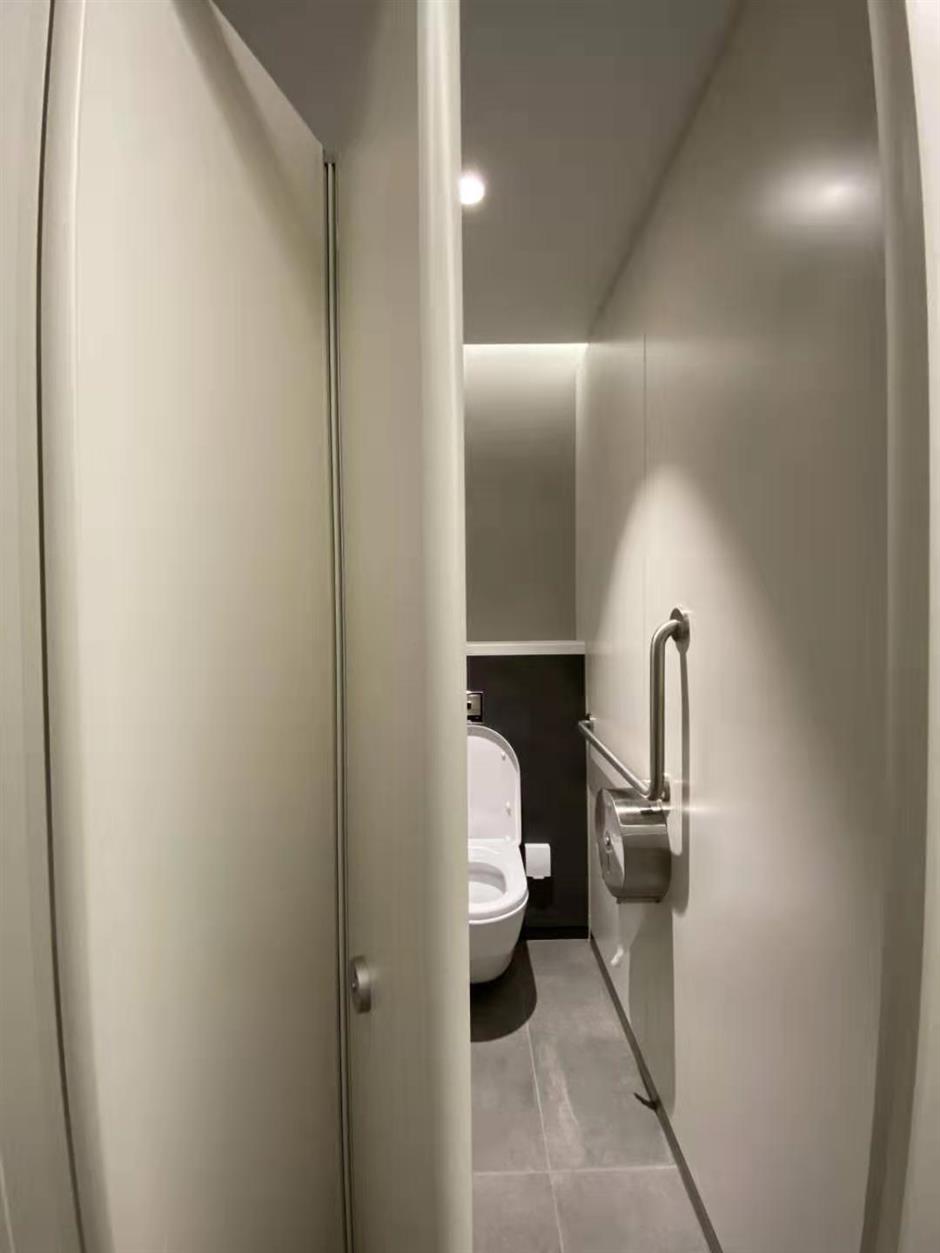 Folding doors from Japan allow more space in each cubicle for large baggage. 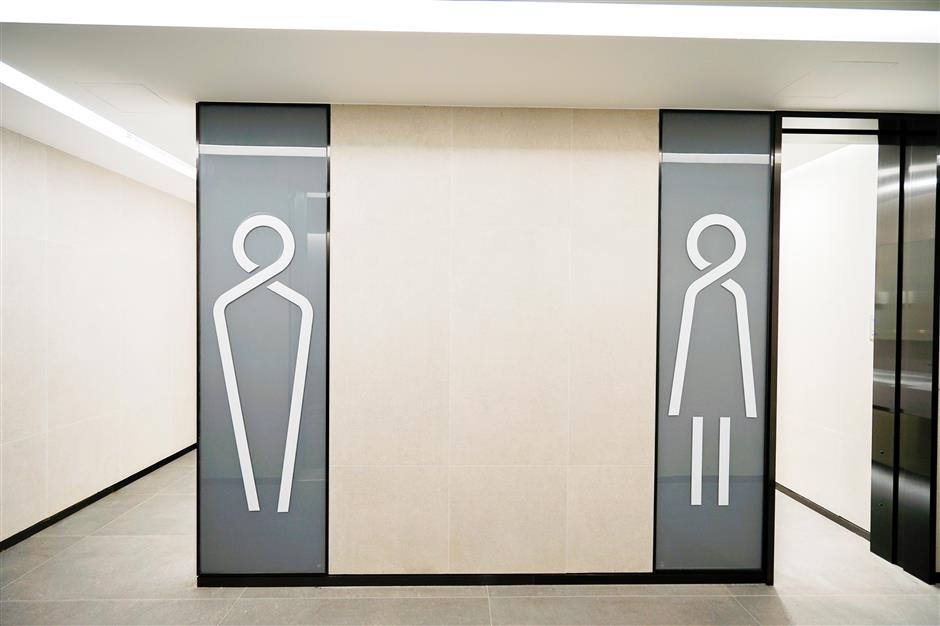 The entrance to the upgraded toilets at the T2 terminal of Pudong International Airport.