Since Shanghai established a friendly city relationship with Rotterdam in 1979, the two sides have achieved fruitful cooperation in the fields of economy, trade, port and municipal engineering construction, the mayor told the delegation. As China’s largest economic center, port and trading city, Shanghai is making efforts to promote a new round of high-level opening up, and support economic globalization, liberalization and facilitation of investment and trade, he added.

“We are willing to further expand cooperation in the fields of economy, trade, humanities, tourism, and flowers with the Netherlands, under the consensus reached by the leaders of the two countries and the “Belt and Road” framework, and promote more exchanges between science and technology enterprises while encouraging Shanghai enterprises to invest in the Netherlands,” Ying stated. “Dutch companies are also welcome to come to Shanghai to share their development opportunities. The Netherlands is an important flower producer and exporter in the world. It is welcome to participate in the 10th China Flower Expo in Shanghai’s Chongming in 2021.”

Shanghai’s open spirit and innovative consciousness are impressive and its development achievements are admirable, Geerts noted. The Netherlands hopes to strengthen cooperation with China and Shanghai in the fields of new energy, pension, medical care, agriculture, food, transportation, entrepreneurship and innovation, further promote cultural exchanges and enhance mutual understanding between the two peoples, he said. 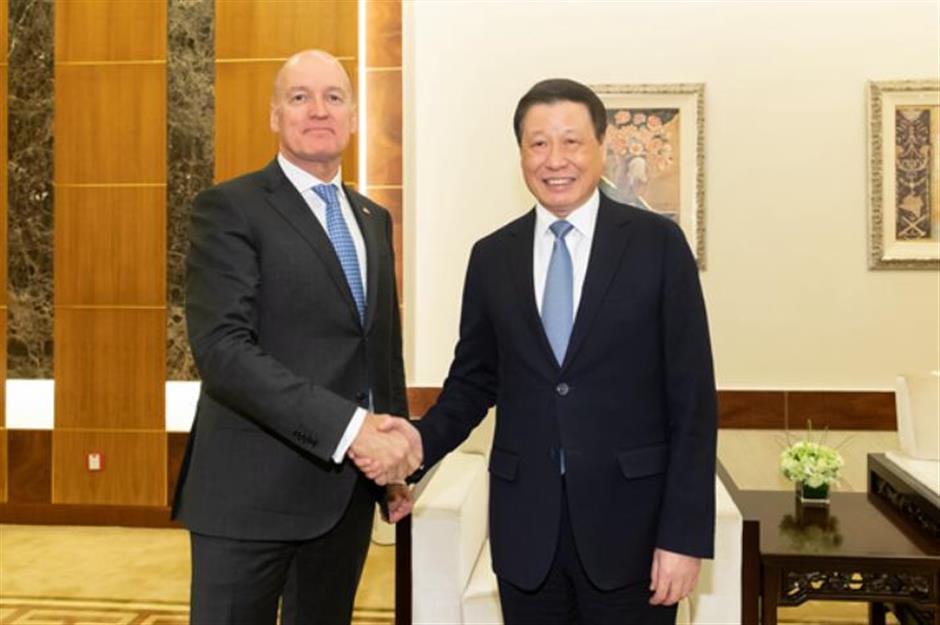