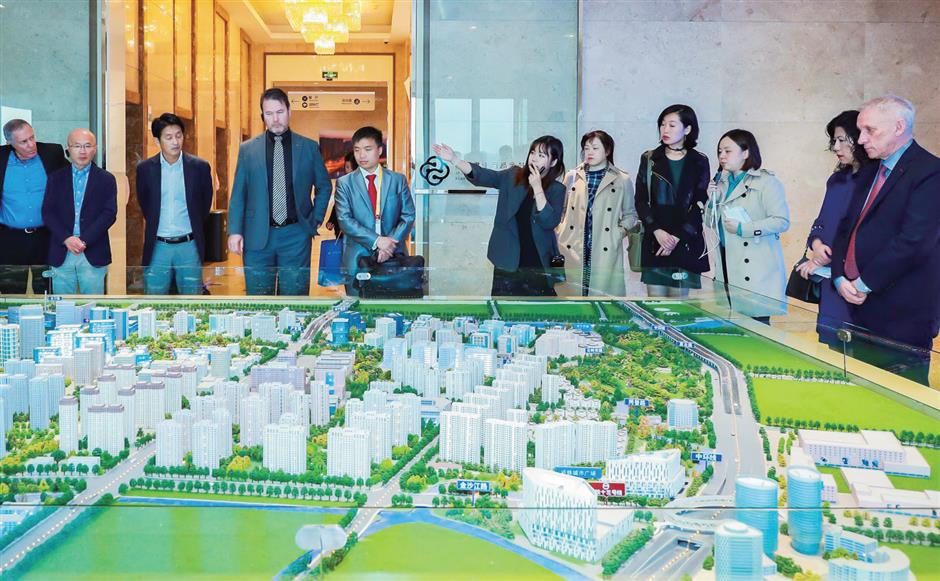 Several foreign companies have signed agreements to set up headquarters and open new businesses in Putuo District on the back of the second China International Import Expo.

One business agreement involves a robotic retail project, jointly developed by China and Germany, which will be initially launched in Putuo.

The economic promotion bureau of the German city of Krefeld signed an agreement with Putuo’s foreign investment promotion center and the commerce commission to jointly develop an economic cooperation platform between China and the European country.

The new retail project, based on artificial intelligence and robots, is the result of the ongoing CIIE, the Putuo government revealed.

The CIIE is a good platform for German companies to learn about Chinese market demands and the promotion of their products, said the authorized representative of Krefeld’s economic promotion center, Andreas Struwe, who added the center will invite more German enterprises to take part in the CIIE next year.

Krefeld was once at the Western end of the ancient Silk Road 400 years ago.

“We have a long history with China and hope we will have a great future,” Struwe said.

Putuo hosted an investment promotion meeting last Friday to attract foreign investment on the sideline of the CIIE.

Over 150 officials, from foreign consulates, chambers of commerce and companies in Shanghai, attended the meeting. Delegates from 10 countries and regions, including Canada, Columbia, New Zealand and the United States, visited an exhibition at the Universal Software Park and Changfeng Business District to listen to the latest economic and urban development plans in the district.

Ten agreements, including a tripartite understanding with the Krefeld City, were inked at the promotion meeting.

Q-Tech, a subsidiary of Swedish industrial giant Atlas Copco, signed an agreement with the Changfeng Business District to set up its operation and sales headquarters in Changfeng, the birthplace of China’s modern industries.

“Officials within the business district actively offer help and solutions on talent, apartments and investment, which reinforce our determination to set up headquarters in Changfeng,” said Zhang Ning, a senior official with Q-Tech.

Taopu, a former chemical industry company base, is redeveloping itself into the Taopu Smart City, an eco-friendly business district.

Zhenru is about to develop into one of Shanghai’s major subcenters with prosperous business, high-end communities and a fast transport system.

Putuo attracted 258 foreign projects in 2018 totaling a foreign investment of US$1.9 billion.

The transaction amount of Putuo companies exceeded that of the first CIIE in 2018.

The district offers tailored services to major buyers at the expo, including German wholesaler Metro AG and supermarket giant Carrefour. Many private, foreign and small and medium enterprises have been invited to attend the expo as potential buyers.

The guided tours, along with a series of investment promotion events, aim to further promote the business environment of Putuo and strengthen exchange between the district and trade groups at the expo.