Students get a UK lesson in math 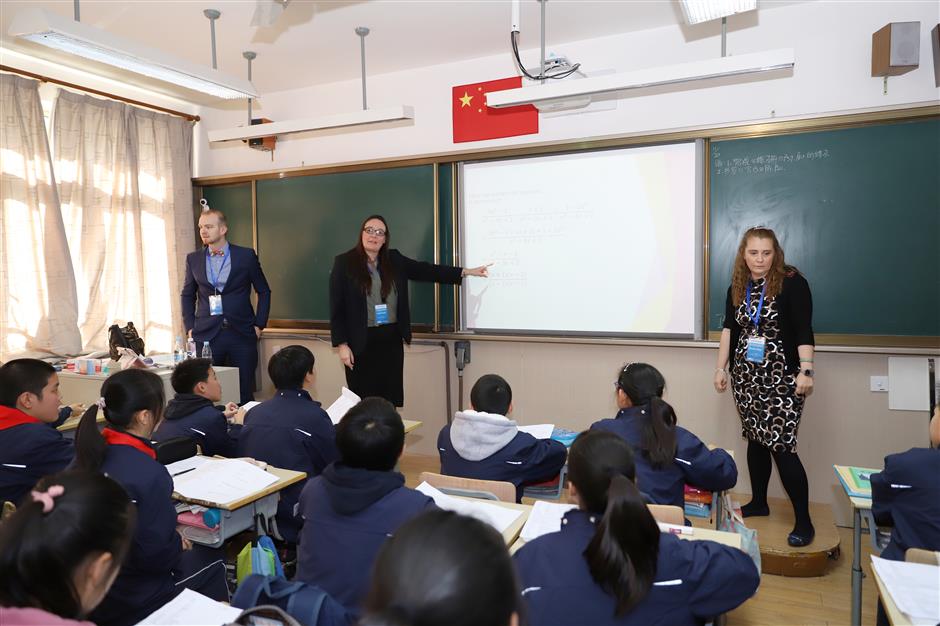 Alec Rispin, Amanda Sharples and Heather Blagg give a UK lesson in math to seventh graders in Shanghai.

Three teachers from the UK taught math at a school affiliated to Shanghai Jing'an Education College on Wednesday.

Before the class, they had observed local teachers' classes for two weeks as part of an exchange scheme sponsored by the UK Department for Education.

"We've been here for two weeks. We come from different parts of the UK to come over and have a look at how they teaching mathematics in Shanghai," said Amanda Sharples from Up Holland High School. “We want to take back some ideas about how you structure your curriculum, how you structure small steps in lessons. We've had a fantastic time and learned a lot."

Heather Blagg from Saints Peter and Paul Catholic College in Widnes, said they were fortunate to see lots of different teaching methods and techniques and to get into lots of different-year groups to see the development of the students.

"We're really impressed with the standard of the students," said Alec Rispin from Urmston Grammar School.

At 9:10am on Wednesday, the trio were sitting at the back of a classroom taking notes while the school's math teacher Li Siliang was teaching math.

Around 10am it was their turn to give a math class to the seventh graders. The three teachers provided a warm-up game where they showed three optional answers to a question alongside three gestures. When the students picked an answer they had to make the gesture — either putting hands on head, crossing arms or standing up.

After that, they used some other creative and interesting ways to pose questions, including reordering, filling in blanks and judging true or false with characters' dialogue in fraction calculation.

They use words such as "fantastic," "brilliant" and "perfect" to encourage and praise the students after they gave the right answers.

"We spend a lot of time in England trying to engage students and help them to enjoy mathematics," said Sharples. "We also try to vary the activities to keep them interested."

Li said: "They have their own features in their class. For example, they have more communication and interaction with the students. They also design very good open-ended questions to evoke students' thinking and let them have more and more answers."

Li said the Chinese method of math teaching can allow the students to have better systematic learning ability while the British teaching helps with the ability to solve real problems. "Our math teaching builds a spiraling-up structure covering all the knowledge points, while the overseas teaching focuses more on single ones, which may cause some loss or overlaps."

Zhang Conghui, a teacher at the school who will travel to the UK next year, said many UK primary schools didn't have a designated math teacher and they often had the same teacher give classes in different subjects. The textbooks they use differ in different schools. But in China, there is always a designated teacher and a unified textbook.

"So their understanding toward single knowledge and ability in problem solving is better, but China has the advantage in helping the students understand the whole math system."

Student Peng Bo said: "I hope there will be more foreign teachers to give us classes in the future."

His classmates Li Ningyuan and Yin Zitian said it had been a very good experience for them to have the class and learn math in English. "We often do exercises at class but today we got something new with their activities." 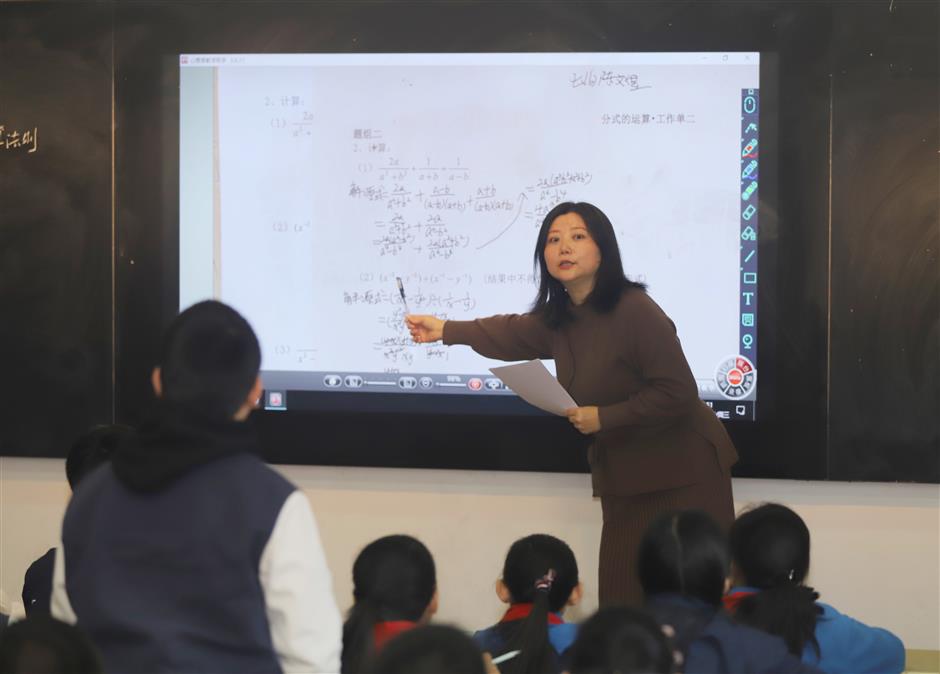 Li Siliang gives a math class while three teachers from the UK observe from the back of the classroom. 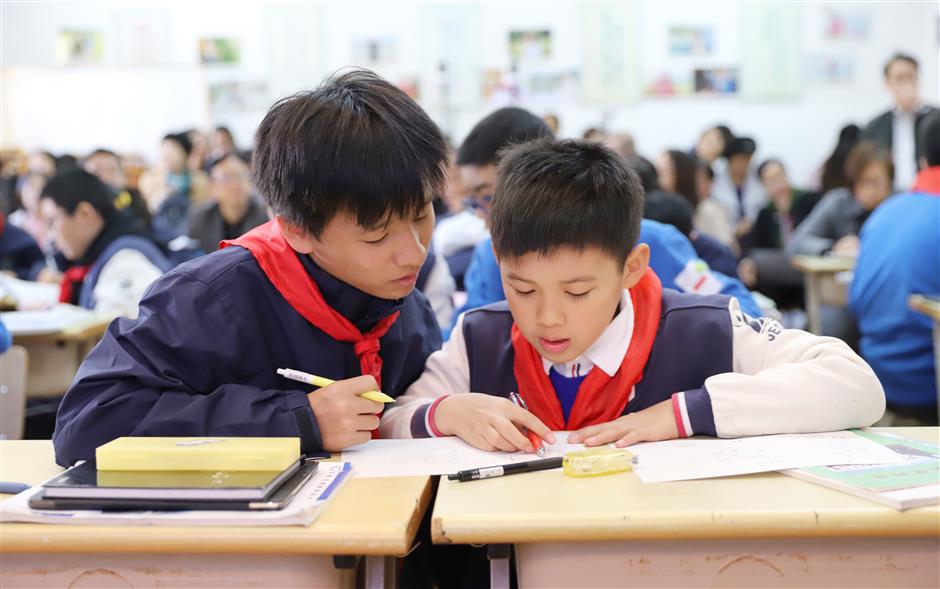 Two boys discuss a math question during a visit by three teachers from the UK.