From garbage eyesore to glamorous garden

The central garden of Sanlian Community in Sanlian Neighborhood features a clean and tidy environment after renovation. Ten residential communities completed similar micro-revamping projects on the North Bund waterfront in Hongkou District this year to improve living standards of residents.

A backstreet community garden has been completed adjoining Chang’anli and Mengjianglong, two lane-style communities built around half a century ago on Wusong Road.

After the city’s crackdown campaign on illegal structures, a 200-square-meter public space was made available at the nearby neighborhood. However, due to a lack of further planning, the space became a site of fly-tipping and garbage.

Neighborhood committees tried to maintain the area and keep it clean but every time the garbage was cleared, more arrived.

To solve the problem the North Bund, or Beiwaitan Subdistrict, hosted a public hearing, listened to residents and announced plans to renovate the place into a community garden.

Consequently, culture, art and recreation have been introduced into the pocket garden and the former garbage site has now become a “community sitting room.” It has various plants and flowers, exercise facilities, laundry rackets and a walking path. 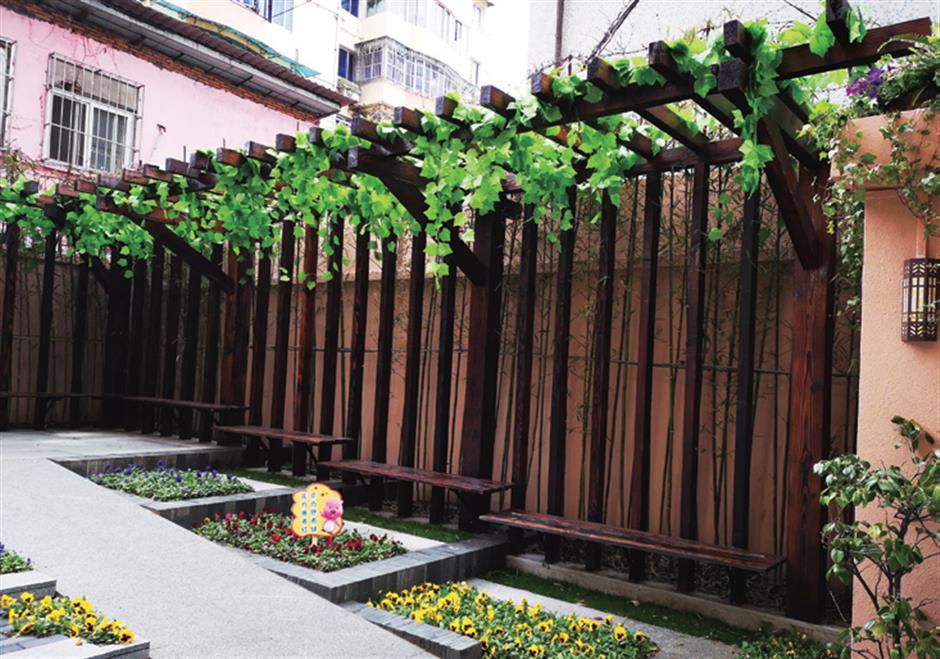 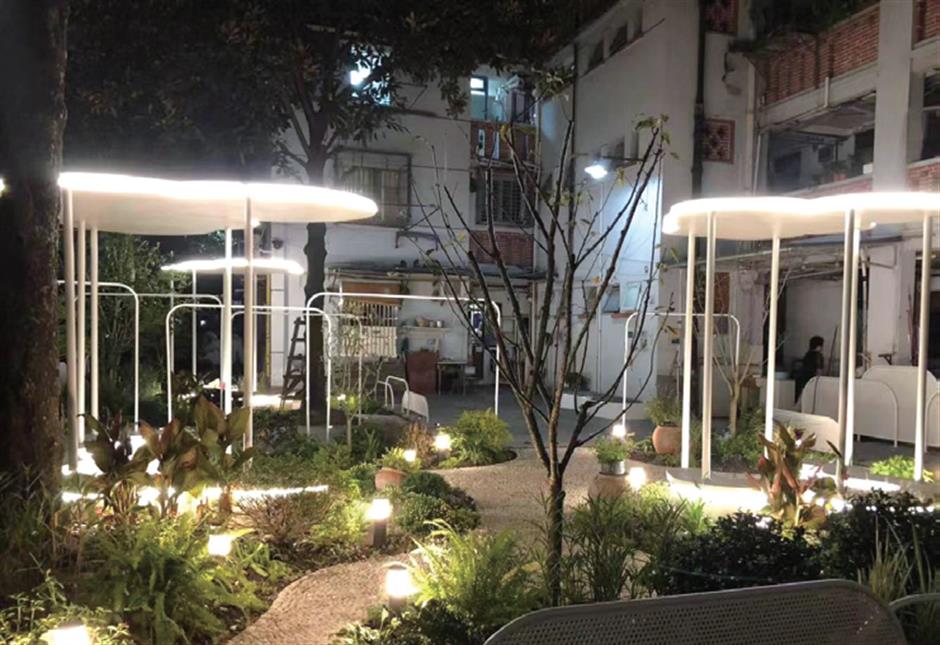 “The former garbage eyesore has been replaced by such a popular site for old neighbors to meet with each other,” said a senior resident surnamed Xu.

Another community built in the 1950s, at 138 Changyang Road, has just completed a neighborhood facelift.

The neighborhood used to suffer from floods during the city’s plum rain season. To resolve the matter, sewage pipes were dredged, while pavilions and walking paths were built to prevent green spaces from being used as parking sites.

Since most of the residents are the elderly, the facelift projects also polished sharp corners on stone seats and tables, while a lighting system was installed to illuminate gardens at night.

Additional old neighborhoods in the North Bund area will also receive a minor facelift and each will have unique features with tailored plans.

Elsewhere in Hongkou, a street garden covering 3,456 square meters has been built on Zhuzhou and Tongzhou roads, featuring a sculpture, maple trees and flowers.

The space was created during an expansion work on Zhuzhou Road. A walking path has been added to the street park to cap the exercise demands of nearby residents. 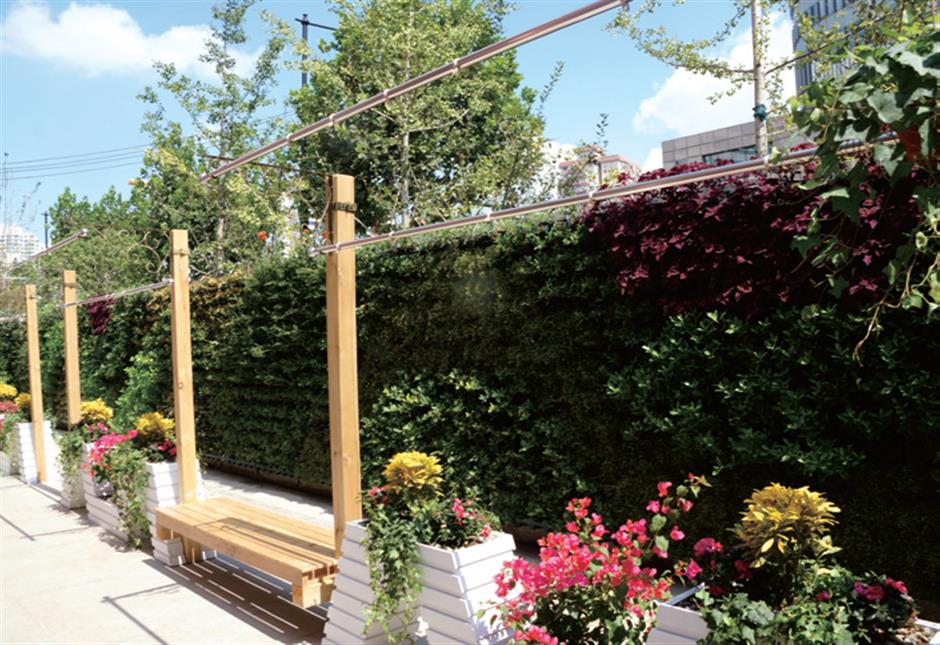