Certain types of theft cases have fallen sharply across Shanghai for the year to date, local police said on Tuesday.

The number of pickpocketing cases reported so far this year is down 62.6 percent from the same period last year, according to law enforcement.

The number of such cases that have taken place in or around Metro stations was also down by 70 percent, police added.

One recent pickpocketing case cracked by police involved suspects who arrived in Shanghai on November 5 and 8 from Shanxi and Guangdong provinces. By the time they were caught, they had allegedly stolen seven phones, all of which have been recovered. 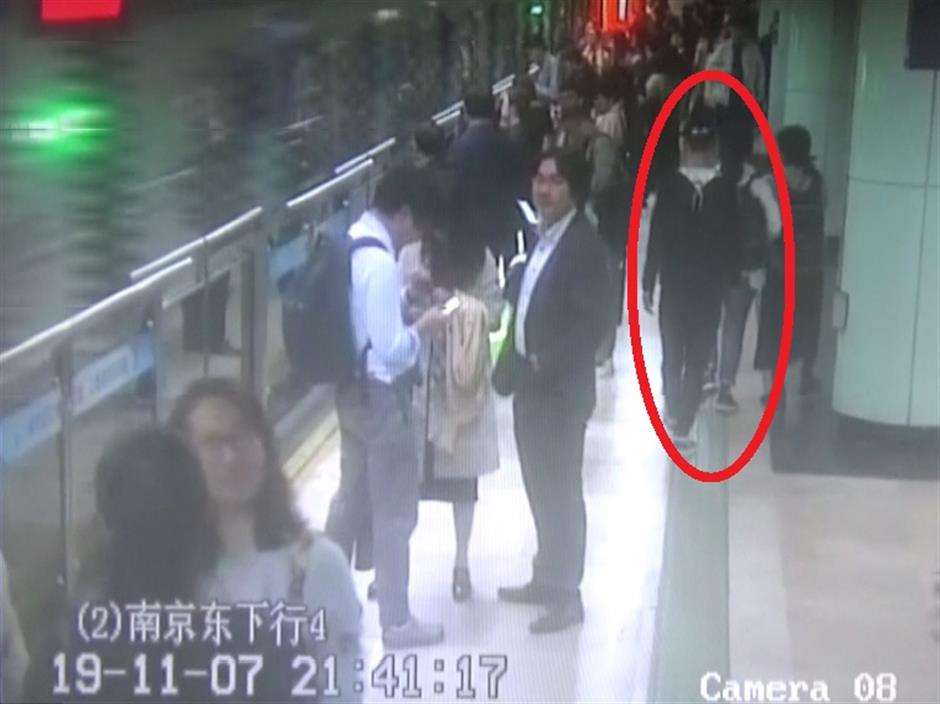 Surveillance footage alleges to show a suspect stealing a mobile phone on the platform of Nanjing Road E. Metro Station on November 7.

In terms of e-bike theft, police said the number of such cases reported so far this year has dropped 56.3 percent. Meanwhile, 22 percent more e-bike theft cases have been solved.

In Changning District, 18 suspects allegedly involved in over 100 e-bike theft cases around the city were rounded up, with 60 stolen e-bike batteries seized.

The number of burglaries reported across Shanghai was also down by 58.8 percent, and the number of home break-ins has fallen 60 percent, police said.

Meanwhile, 66.5 percent of all burglaries have been solved, which police said was a “record high."

Police attribute these results to the introduction of smart public security devices. So far, about 8,700 of the city's 11,000 residential complexes have installed smart surveillance devices, car plate reading devices and digital key readers to residential buildings, according to the police.

Police in Changning District said that less than 3 percent of its 1,001 residential complexes have reported burglaries so far this year, largely due to such technologies.