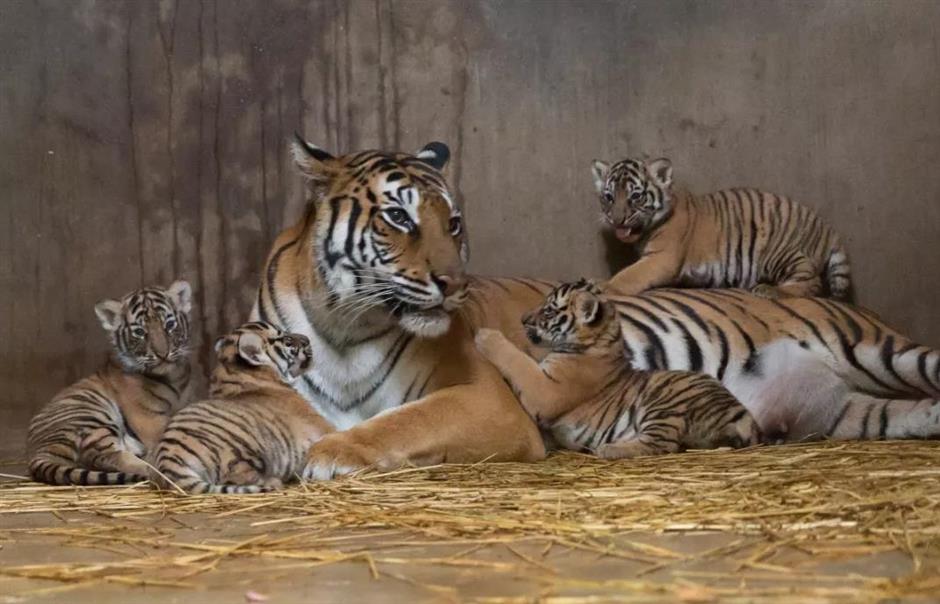 Nan Nan with her cubs. 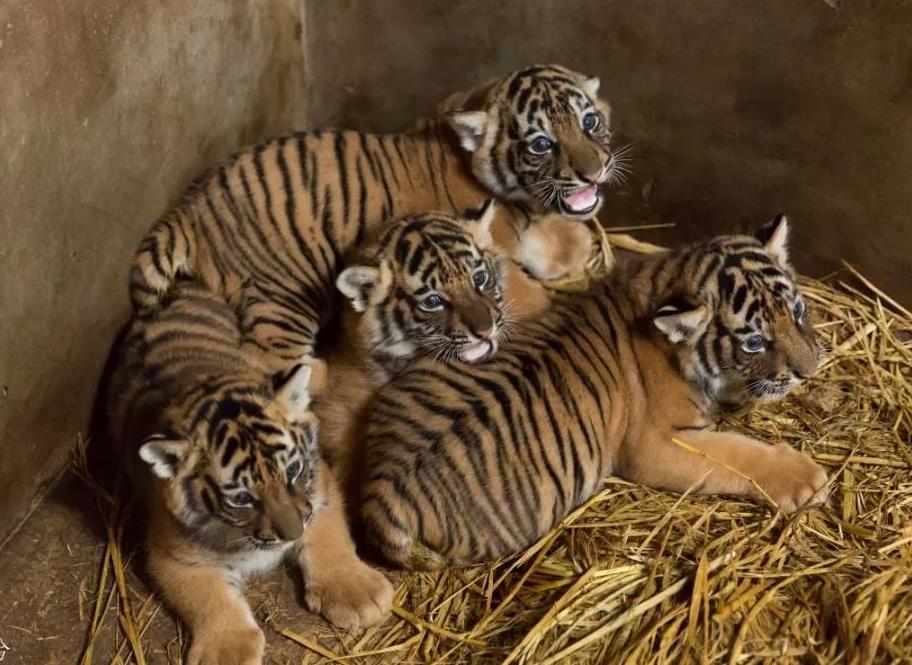 The Bengal tiger cubs were born at Shanghai Zoo on October 15. 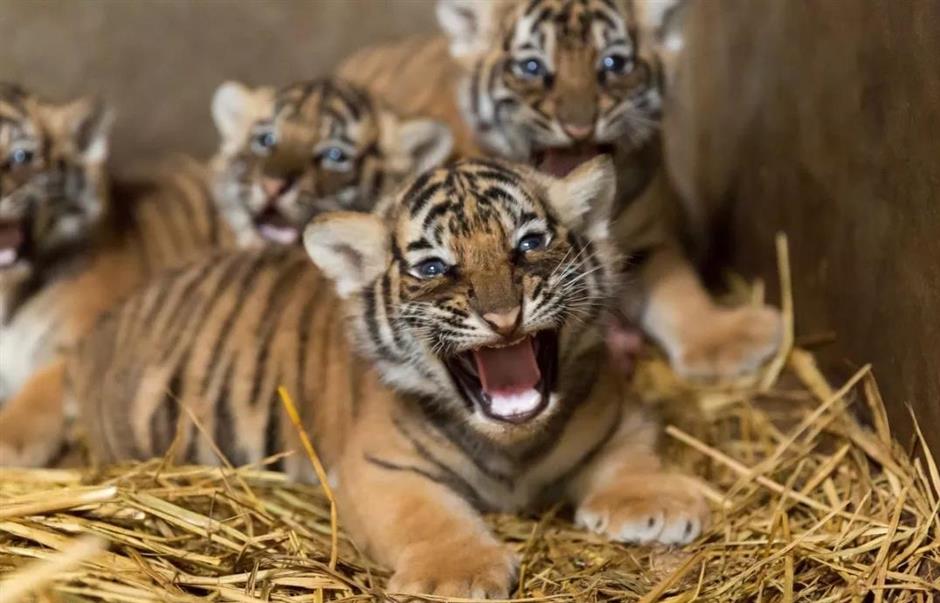 When they were born, the cubs' mother wouldn't let anyone approach her babies.

Four Bengal tiger cubs have been born at Shanghai Zoo, the zoo announced on Wednesday.

Born on October 15, the two males and two females are growing healthily but are not yet ready to meet the public, the zoo said.

The largest weighs 4,170 grams and the smallest 3,670 grams. They are learning to walk and are curious about the world, their keepers said.

Their parents, Yun Yun and Nan Nan, were presented to Shanghai Zoo by southwest China's Yunnan Province in July 2016 to acknowledge friendship as well as cooperation in the protection of wildlife.

In September, zoo keepers found Nan Nan was pregnant, and prepared a delivery room for her. They also increased the amount of feed and calcium tablets to add nutrition.

Straw was laid down to keep her warm.

Nan Nan was vigilant after delivery, preventing anyone approaching the cubs, keepers said.

The mother was given extra milk and vitamins.

Bengal tigers are native to India and Bangladesh, and only 2,500 remain in the wild. They are first-class nationally protected animals in China. 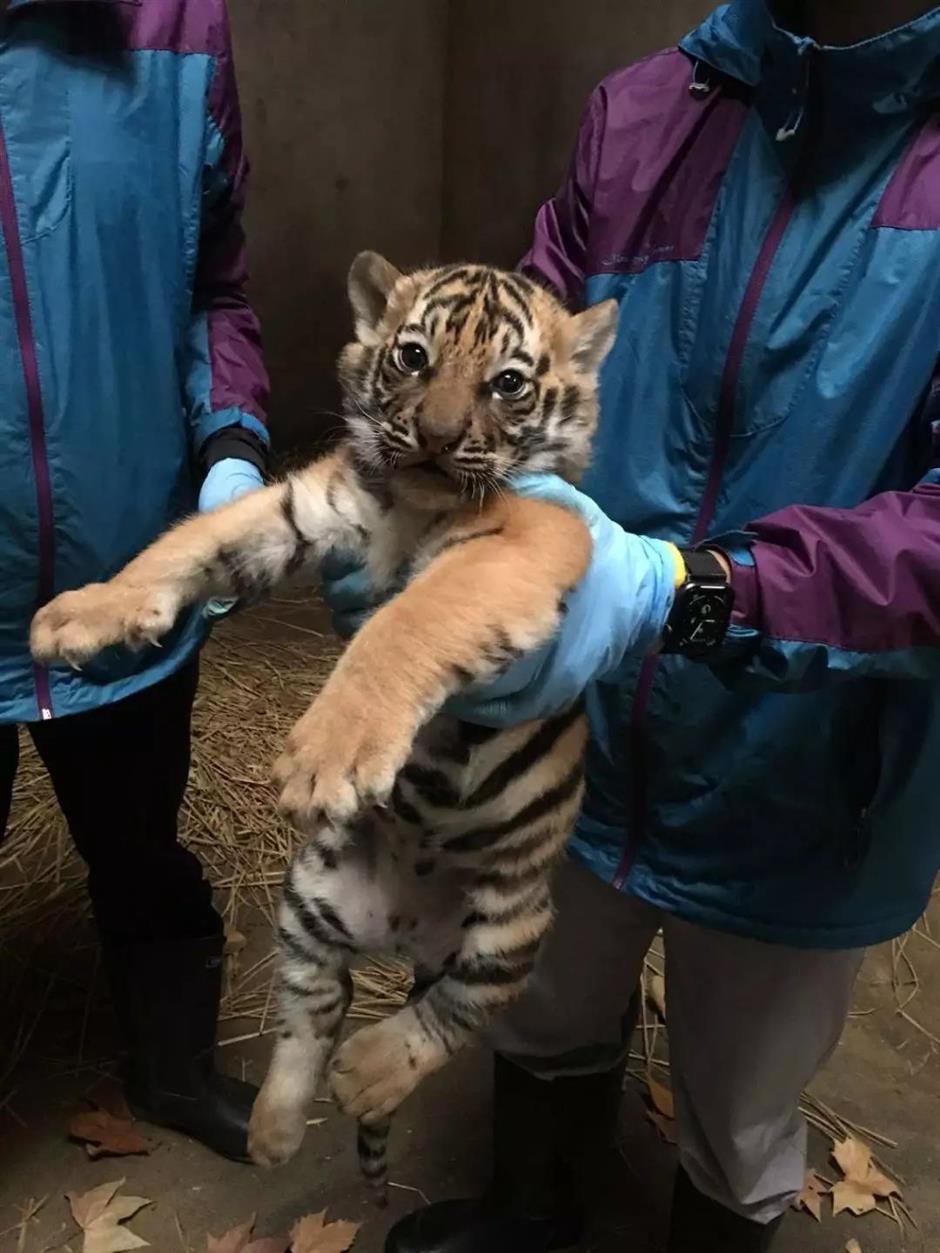 Keepers check one of the cubs. All are said to be growing healthily.