Eight people suspected of faking accidents on expressways have been caught, Shanghai police said on Wednesday.

They are alleged to have catapulted objects at vehicles and then claimed that a collision had resulted in a broken mirror on their car.

Police in Qingpu District began an investigation after a man surnamed Cui reported an encounter with a man driving an Audi on the G15 Expressway on October 21.

Cui was driving from Suzhou to Shanghai when the man in Audi flashed his lights at him to stop and claimed that a bump had caused his left rear-view mirror to break.

“I did hear a a noise before he stopped me, but when I saw his broken mirror, I told him it couldn’t be the result of an accident with me,” Cui said. “I refused to pay him to settle the dispute, and then he let me go.”

After checking his dashcam, Cui found that not only did someone from the Audi had catapulted something at his car when both cars were moving, its driver had also scratched his car with something when he was not looking and claimed it was evidence of their collision. 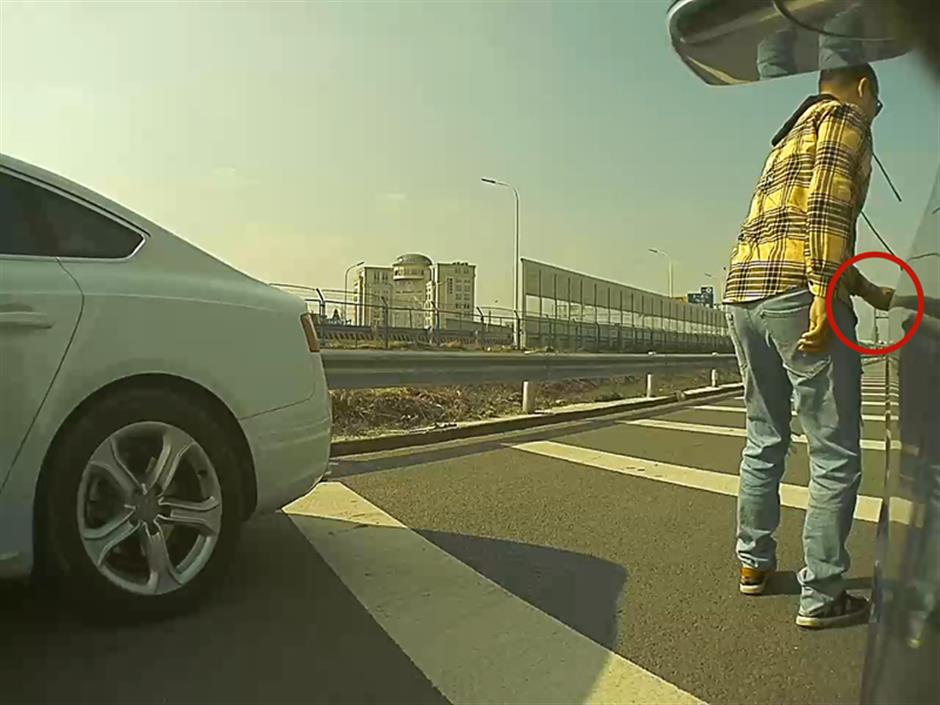 The suspect is caught on dashcam scratching Cui's car.

After Cui posted the video on the Internet, other people said they had encountered the same person.

Police found the Audi car had fake plates andhad entered Shanghai several times in September and October this year via the same expressway.

They tracked down the driver, a man surnamed Cheng, and also identified another four suspects.

“Usually there were three people in the car in the fraud,” said Xiang Jun, a police officer on the case. “The driver, who was also in charge of negotiating with the victim, a person in charge of catapulting things, usually olives, at targeted cars, and a person who was simply sitting there and learning the fraud.” 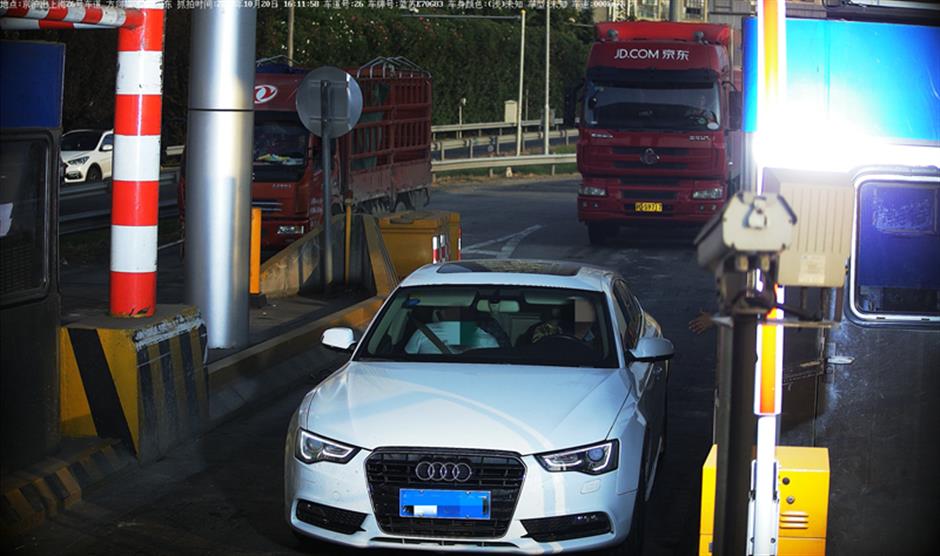 Xiang said the suspects usually targeted more expensive cars and carried out the fraud when there were not many other cars around.

In the course of their investigation, police found a Mercedes likely also involved in the same kind of fraud had used the same fake plate, and three more suspects were tracked down.

The eight suspects were apprehended on November 8 and 12 and are said to have confessed.

Seven are under detention while a woman suspect who is a nursing mother has been given bail. 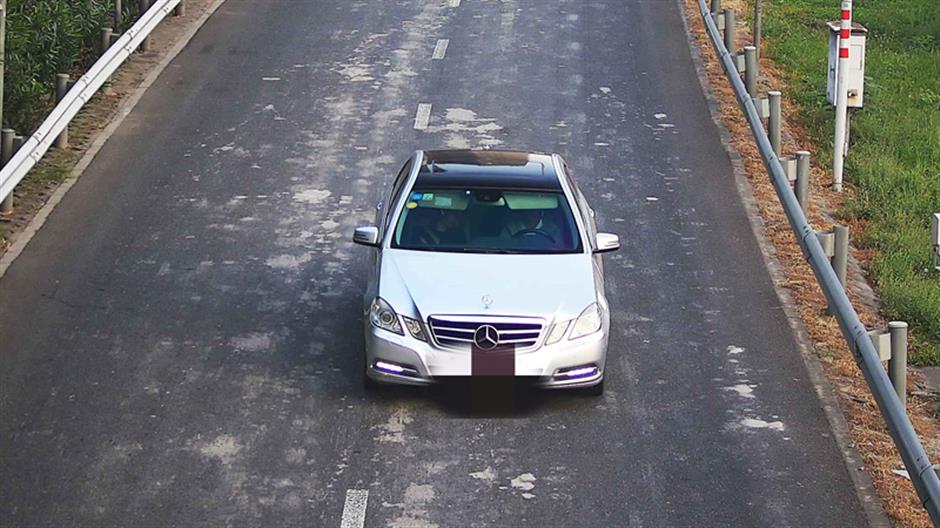 The Mercedes with fake plates. 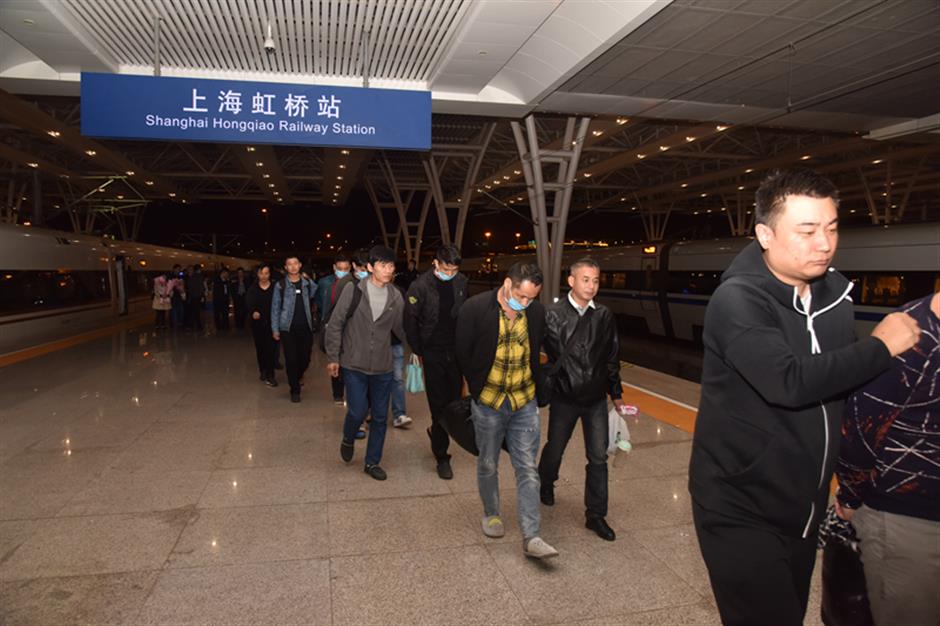 Suspects are brought to Shanghai from out of town on November 14.