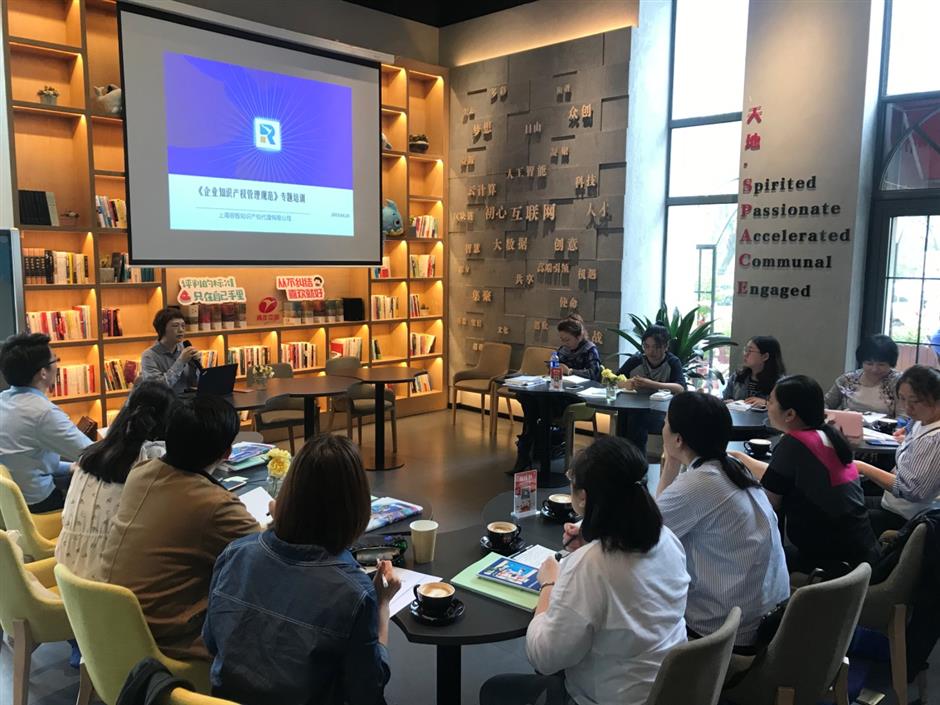 An intellectual property right lecture for staff who will serve companies at the China-Israel Innovation Hub (Shanghai).

A first batch of 20 companies and institutions, 10 of them from Israel, will be based at the China-Israel Innovation Hub in northwest downtown when it officially opens next week.

Leading Israeli incubators, such as life science incubator Ehealth and Trendlines, which focuses on medical and agri-food tech, will initially operate at the hub in the under-construction Taopu Smart City in Putuo District to serve high-tech and startup firms from Israel.

Both incubators, among the only 19 registered with the Israeli Innovation Authority, were attracted to the hub by the large market and strong production ability in China, said Qiang Hao, deputy general manager with the Shanghai Taopu Smart City Development Construction Co.

The opening ceremony will be held on December 5 along with innovation and startup competitions among Israeli companies.

A professional team with the bureau will work along with the companies in the hub to offer direct services and protections, said Wang Jianzhong, deputy director of the district's market supervision bureau.

The intellectual property bureau will work together with Shanghai's trademark and patent authority to offer legal consultation, patent analyzing and application services.

An artist’s rendition of the innovation hub.

Putuo aims to develop the innovation hub into a demonstration zone on intellectual property rights protection in Shanghai and China, according to the district government.

The district has also established an investment foundation totaling 150 million yuan (US$21.4 million) to assist startup firms in the beginning stage within the hub.

"Many mature Israeli technology firms, especially those about to listed, can easily attract local investors, but those at the early stage of their development lack support," said Li Wenbo, director of the Putuo's science and technology commission. The foundation initiated by the district government will mainly help those companies, he said.

A total of 18 preferential policies in nine categories will be released next week to further benefit the companies, Li said.

The companies and institutions that move into the hub before the end of 2019, for instance, can enjoy reductions on the lease and tax as well as subsidies for office decoration. Overseas professionals can receive housing subsidies and awards.

Qiang said the innovation hub aims to attract about 60 high-tech companies from across the world within three years.

"A large swathe of new technologies and innovative products are expected to enter the market and benefit locals from the hub," Qiang said.

The hub is within Taopu Smart City, a former industrial park being developed into a high-end business district featuring the latest technologies, a green environment and innovation.

The hub is expected to make Putuo's Taopu area on a par with Zhangjiang Technology City in the Pudong New Area as a key hub for the development of Shanghai as a technology and innovation center.

The park can be further expanded to other sites in the smart city based on demand along with apartments to accommodate professionals from across the world, according to a blueprint. 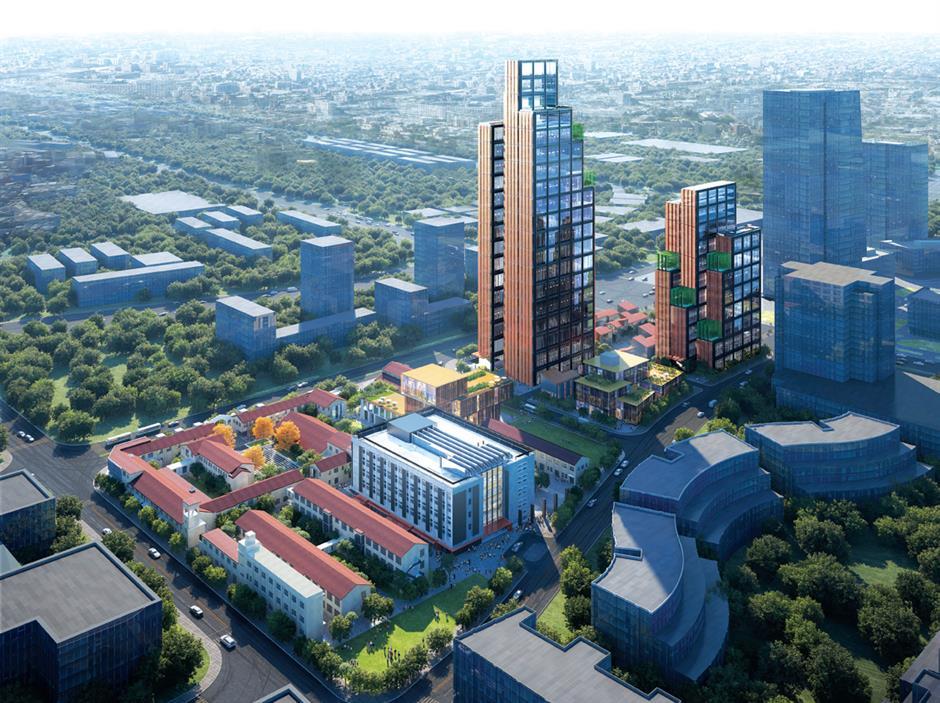 An artist’s rendition of the innovation hub.