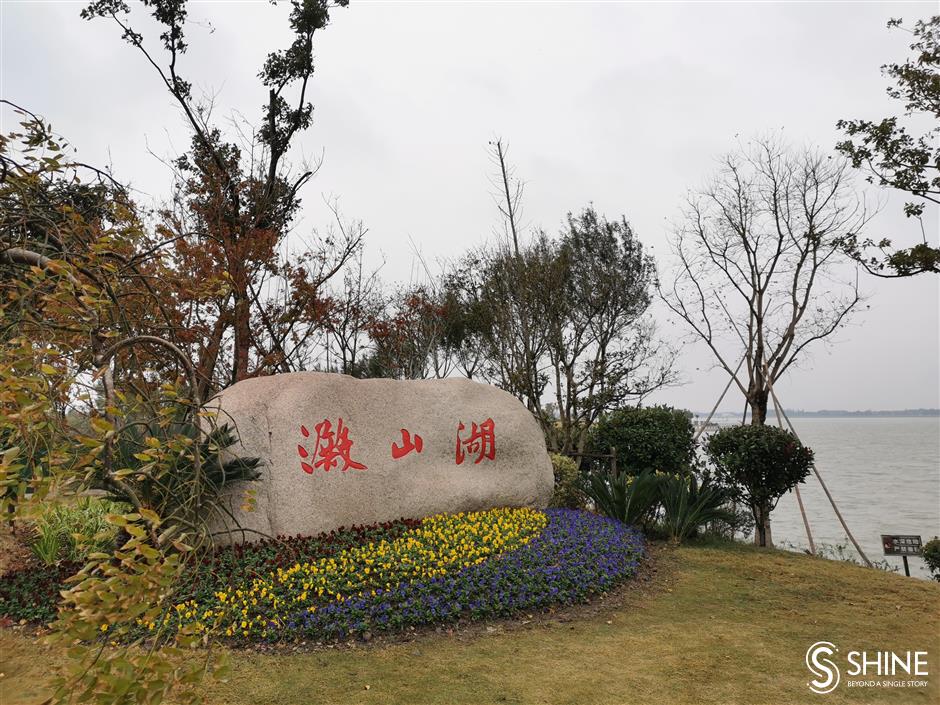 The 57.9-kilometer coastline of Dianshan Lake is expected to be fully connected to enable marathon events and biking fun.

Lu Xiaofeng, vice director of the water authority of Qingpu District where part of the lake is located, said on Wednesday that the district government is forging ahead with the effort as the ecological integration of the Yangtze River Delta region is underway.

"There are 20 unconnected spots on our side of the lake at the moment, with a 4.6-kilometer part at Shanghai Oriental Land," Lu said.

Lu said the quality of the lake water will also be improved.

Dianshan Lake is the largest natural freshwater lake in Shanghai, and half its coastline is in Qingpu District, with the rest in Kunshan in Jiangsu Province.

“No sewage water from the rural area around the lake on our side is now discharged into the lake without safe processing, and we’re striving for high standards of sewage water processing which will be achieved in three years,” Lu said.

This area will follow “the most strict” standards of discharge of pollutants into the water and set up uniform ecological standards for flood prevention and water resource protection which reflect leading international standards, he added.

Lu said the goal is to stabilize the water quality of the lake to Grade III and IV. In China, Grade III water is qualified to use as resources of drinking water or for fish protection and swimming zones, while Grade IV water can be used for recreation facilities with no direct contact with the human body or for general industrial protection zones.

There are already some watersports centers at the lake.

The zone covers an area of 2,400 square kilometers, about one and half times the size of London, with an ambitious plan to attract innovative, service and trade industries.