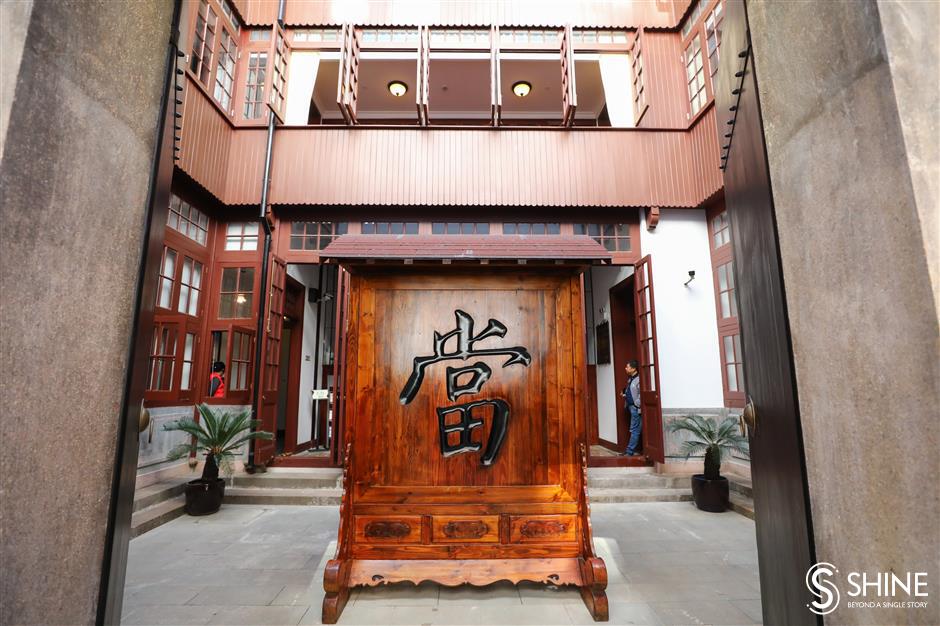 A panel inscribed with the Chinese character “当” (pawn) sits at the entrance of the new museum. 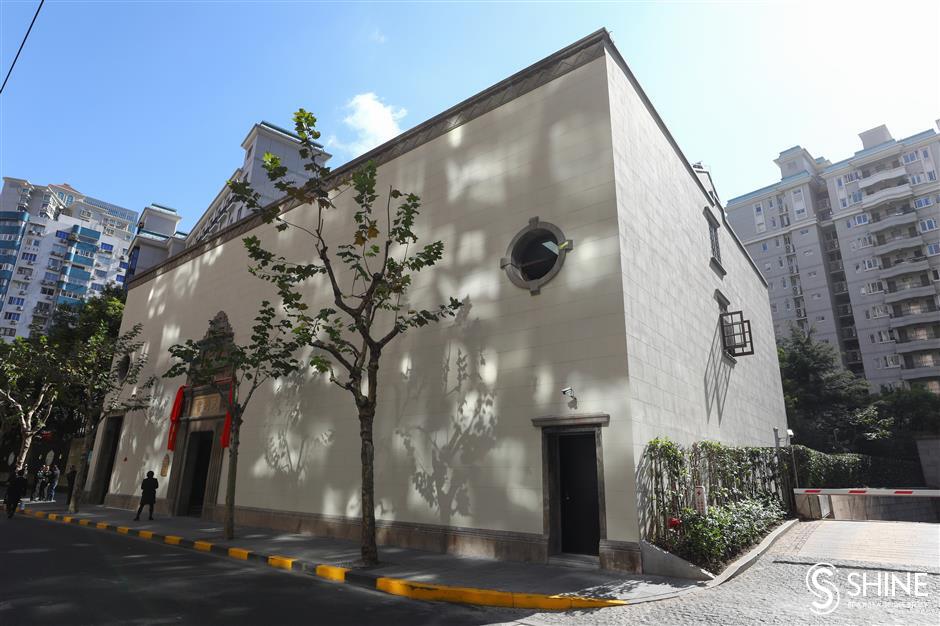 The fortress-like Yuanli Pawnshop, described as the largest and best-preserved pawnshop in Shanghai, has reopened to the public as a museum.

The 50cm-thick steel vault once stored the pawnshop valuables.

The pawnshop features traditional Anhui-style architectural elements, like black tiles and white walls, and Western-design elements, including Roman pillars at its front gate and a doorway decorated with Baroque carvings.

According to the Jing’an Culture Bureau, the structure was the largest pawnshop in Shanghai back in the 1940s. It was operated by a man named Lu Tuanxiao, who opened his first pawnshop in Wuxi and then expanded his business to Shanghai in the 1930s.

In its heyday, the pawnshop was open from 8am-8pm every day and took in nearly 10,000 yuan a day. On Lunar New Year’s Eve, it extended its closing to 3am in the new year.

The shop asked patrolmen, mostly Indian people living in Shanghai, to help keep order, according to Jin Xinde, who worked in the pawnshop for eight years.

The pawnshop mainly received valuable items, including jewelry, paintings and fur coats. It stored the valuables in a 50-centimeter-thick steel vault that required two men to open.

The pawnshop quietly closed after the war in 1946. Lu Yongde, grandson of the original owner, rented out the building, then donated it to the country in 1956.

Until 2004, it was partitioned into smaller flats occupied by multiple families. The passage of time had not been kind to the building, which suffered from serious disrepair.

In 2003, the building was at risk of demolition due to an urban renewal project. But the 28 families living there successfully petitioned for its preservation and restoration.

“We wrote letters to the mayor, the city government, the urban planning authorities and other departments,” said former resident Shi Zuxian, who moved into the site in 1956.  “Every family signed every letter.”

The residents found the original drawings of the pawnshop in the city archives. Renowned Shanghai architecture scholar Zheng Shiling proposed to the city’s political advisory body that the site be retained.

In 2011, the pawnshop was officially designated an historical and cultural building by the district government. But after residents moved out, the building was left empty and dilapidated.

The structure got a new lease on life in 2017, when plans were drafted and approved for its restoration and transformation into a museum. Renovation was completed this year.

The original white and grey walls, facade carvings and interior decorations were retained and restored. Modern electricity and water installations were added.

An old-time pawnshop is recreated on the first floor, while the history of Shanghai’s financial industry is traced in exhibits on the second and third floors.

A statue of the founder, an old man wearing traditional Chinese clothes, was erected on a 40-centimeter-high wooden board behind the black fences. People have to look up at him, giving the old man an unapproachable and dignified air.

Modern technologies are used to create a better museum experience. Visitors can write a digital pawn ticket on their own. They can tap into a screen to see what’s written on old pawn tickets that would otherwise be hard to read.

According to museum officials, every pawnshop had its special font as to prevent the forgery of pawn tickets.

The museum is open to the public from 9am-4:30pm, Tuesdays through Sundays. Admission is free.

More museums, “red revolutionary” memorials and art galleries have been put on the district’s agenda, according to cultural officials.

Historic buildings in the century-old shikumen (stone-gate) neighborhood of Junyili will be well preserved and restored, and new functions will be added to give the old buildings a new lease on life.

“For example, the former residence of renowned artist Wu Changshuo will be turned into a memorial and museum,” said Zhang Zhong, a researcher at the Jing’an Culture and Tourism Bureau. “We are still discussing the details.”

Plans for Siwenli, another well-preserved shikumen neighborhood in Jing’an, are still being drafted. But Zhang confirmed that, like Zhangyuan, most of the historic buildings will be preserved after experts dig deeper into their local cultural histories.

“We don’t want to preserve buildings just because of their historical value,” Zhang said.“We want to keep them alive.”