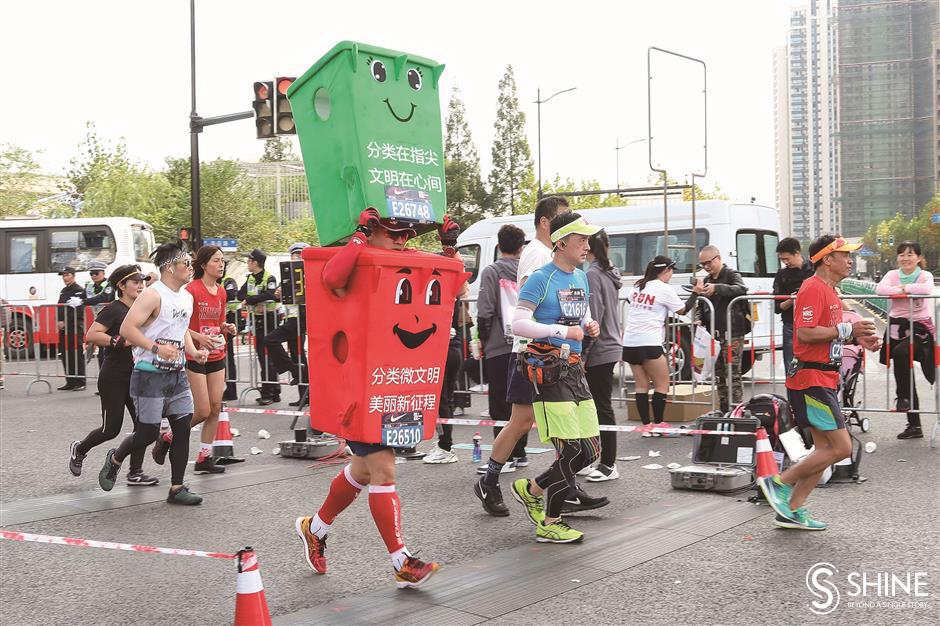 A runner dressed as a dust bin, to promote garbage sorting, was one of the 38, 000 competitors who took part in the Shanghai International Marathon on November 17. 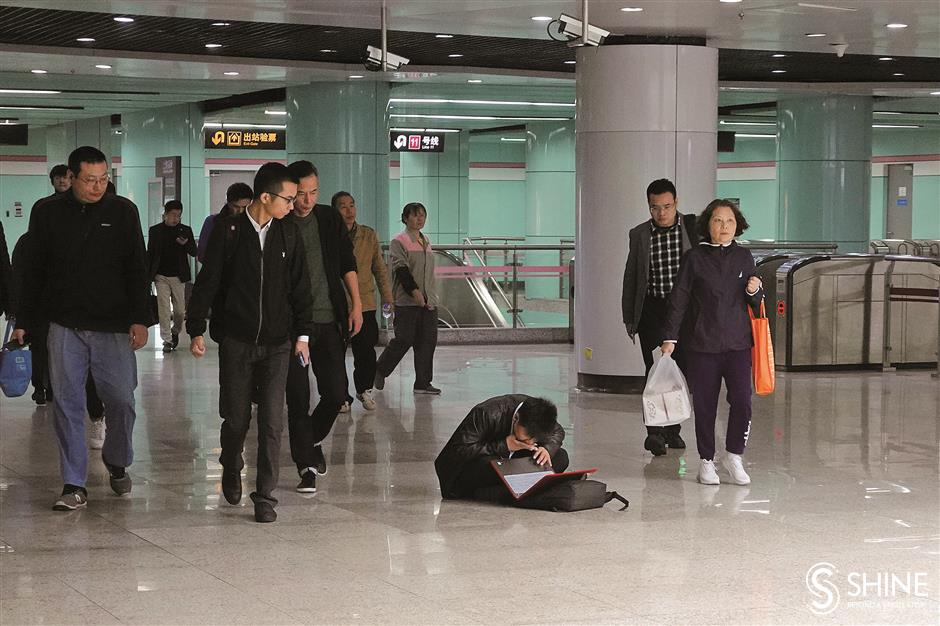 A man works on his laptop at Longde Road metro station while passengers walk past him. 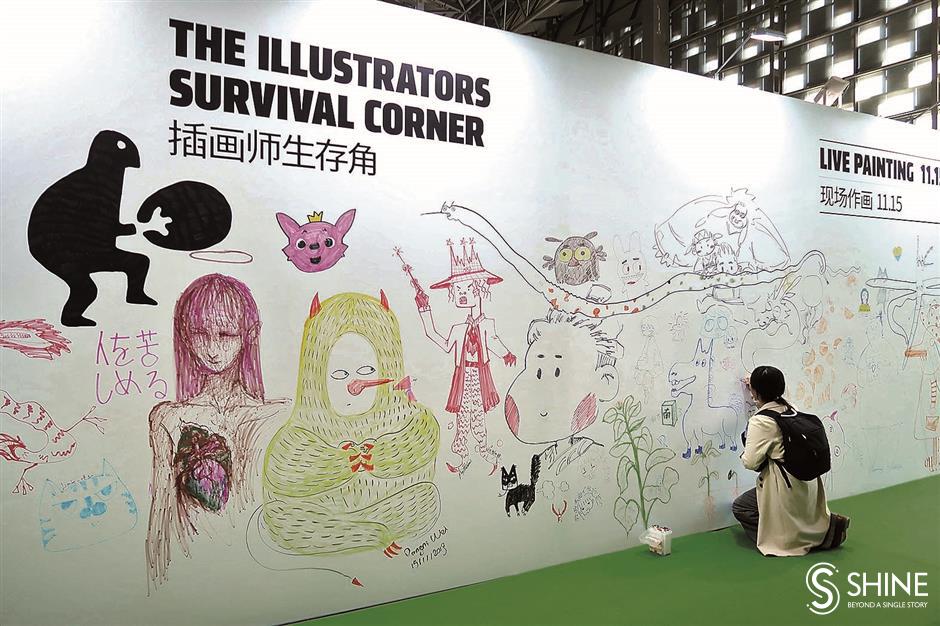 A woman draws on a wall at the Current and Future Illustrators’ Event during China Shanghai International Children’s Book Fair on November 15.

A mini-train drives tourists through Gongqing Forest Park in Yangpu District, where the 13th China Chrysanthemum Exhibition was held over the past month. 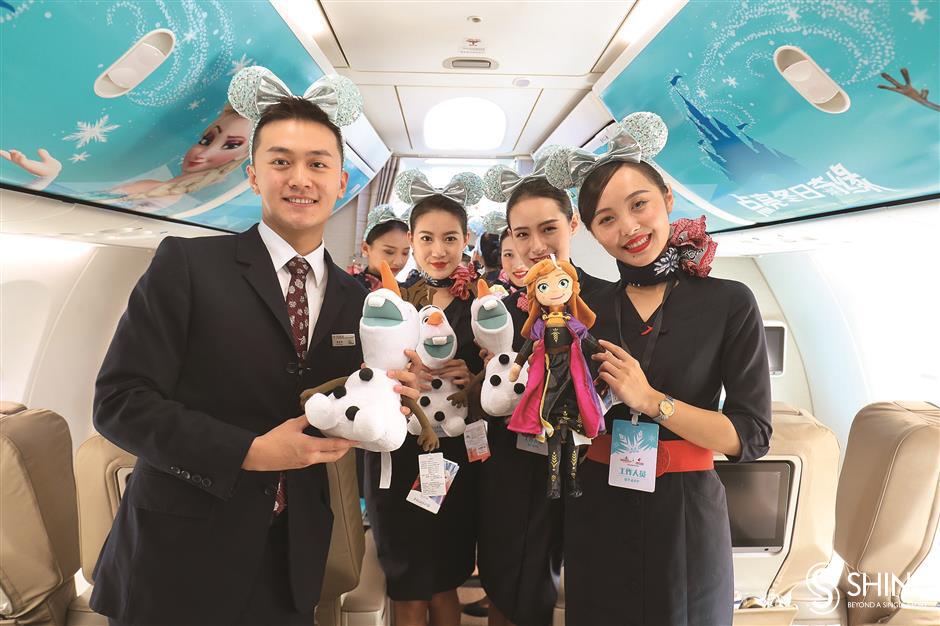 China East Airlines revealed a carriage with a “Frozen II” theme on November 22 when the popular Disney cartoon movie was globally screened for the first time.