There are 15 million people with atrial fibrillation in China. It is the most common form of arrhythmia, as well as a major cause for stroke and heart failure, yet it has poor response to drugs, local medical experts said during a training course to promote a new technology on atrial fibrillation treatment.

“Compared with radiofrequency ablation, which uses high temperature to treat the disease, cryoballon ablation uses low temperatures which can achieve the same effects with less time and lower requirements for patients,” Zhu said. “Patients are required not to move during the whole process of radiofrequency ablation, which can last for hours and many elderly patients can’t follow doctors’ directions during such a long time. The cryoballon ablation requires less time and patients can endure the therapy better.”

The oldest patient receiving cryoballon ablation in Zhongshan is 87 years old, while radiofrequency ablation usually has to restrict patients below 70 years old as they have better compliance to doctors’ orders, Zhu added.

So far, Zhongshan has trained over 100 doctors from some 40 hospitals in the nation on the novel ablation therapy, the hospital said. 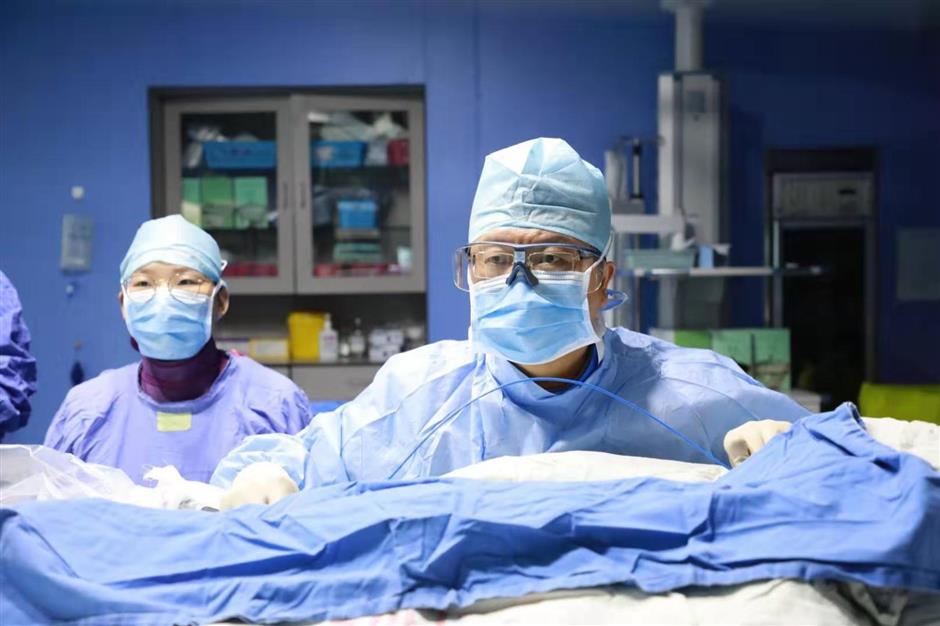