The five-year survival rate for patients with colorectal cancer who receive robotic surgery has reached nearly 80 percent in China, in line with rates in developed countries, medical experts told the Asian Robotic and Laparoscoic Camp for Colorectal Surgeons in Shanghai on Friday.

Over 800 leading colorectal surgeons from 17 countries and regions participated the conference, which was held for the first time in Chinese mainland.

Dr Xu Jianmin from Zhongshan Hospital announced the results of research from the world’s largest sample of robotic surgeries for colorectal cancer. The research, covering 5,389 patients from 28 medical centers in China, found the five-year survival rate is 77.6 percent. These surgeries account for 72.2 percent of all similar robotic surgeries in the nation at the same time.

By October, Zhongshan Hospital had performed over 5,700 minimally invasive surgeries on colorectal cancer, including some 2,500 robotic surgeries, ranking No. 1 in the nation.

With changing life styles, the incidence and mortality of colorectal cancer in China has been rising in recent years. It has become the top digestive-system cancer in big cities. Minimally invasive surgery is a major target for surgery research and development, experts said. 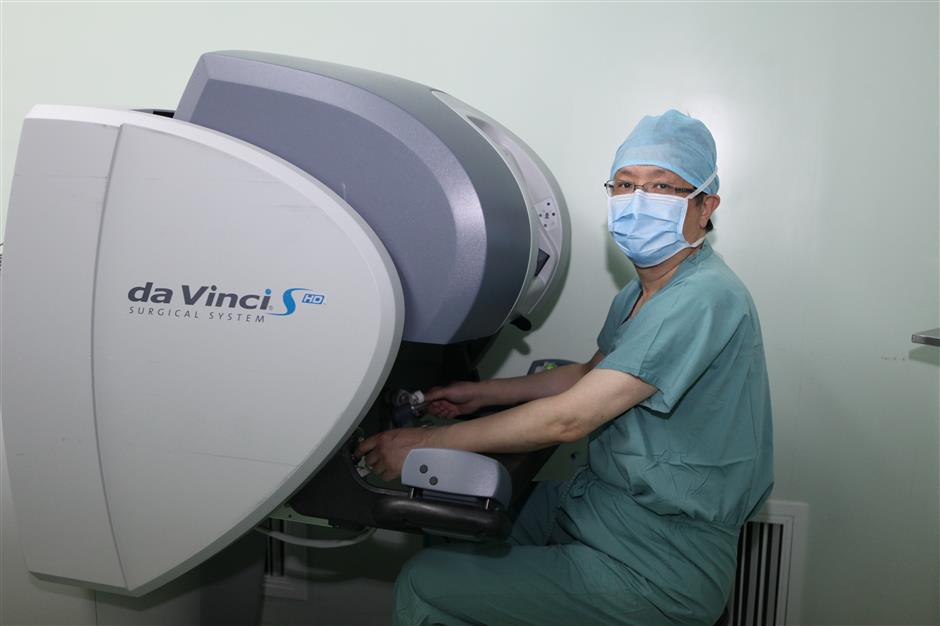 Dr Xu Jianmin from Zhongshan Hospital performs a robotic surgery on a patient with colorectal cancer. 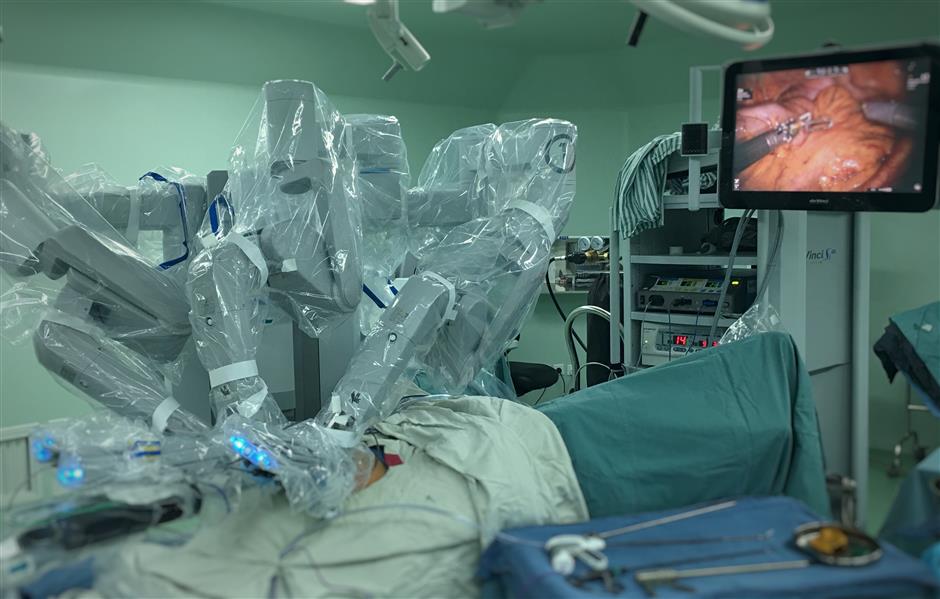 Robotic arms conduct a surgery under the operation of Dr Xu Jianmin.