Top foreign talent who work in Shanghai are able to apply for a work permit and a residence permit at the same time starting Monday.

Whereas this process took at least 17 work days previously, the new procedure takes at most seven work days, according to exit-entry administrators.

Currently, the new service applies to only Category-A foreign talent, or "high-end foreign talent," which include those working in science and technology, international entrepreneurs and others who are considered to be urgently needed in China.

The new "single window for foreigners' work and residence permits" is located on the third floor of Shanghai Exit-Entry Administration Bureau on 1500 Minsheng Road.

Jason Evans, a US scholar who has been hired to work for the Tsung-Dao Lee Institute at Shanghai Jiao Tong University, became the first applicant at the window on Monday.

Li Yahui, a director at the International Affairs Division of the university, said the new window is great news for foreign talent.

"Previously it took us at least half a month to get the two permits for an expert, and now we expect to get both in only five to seven days," she said.

"Considering that the foreign experts usually enter China with a month-long Z visa, the reduction of time at applying for both permits could ensure that they don't have to get a visa extension or even have to leave the Chinese mainland after the visa expires," she added. "Also, they can start to work for us earlier this way." 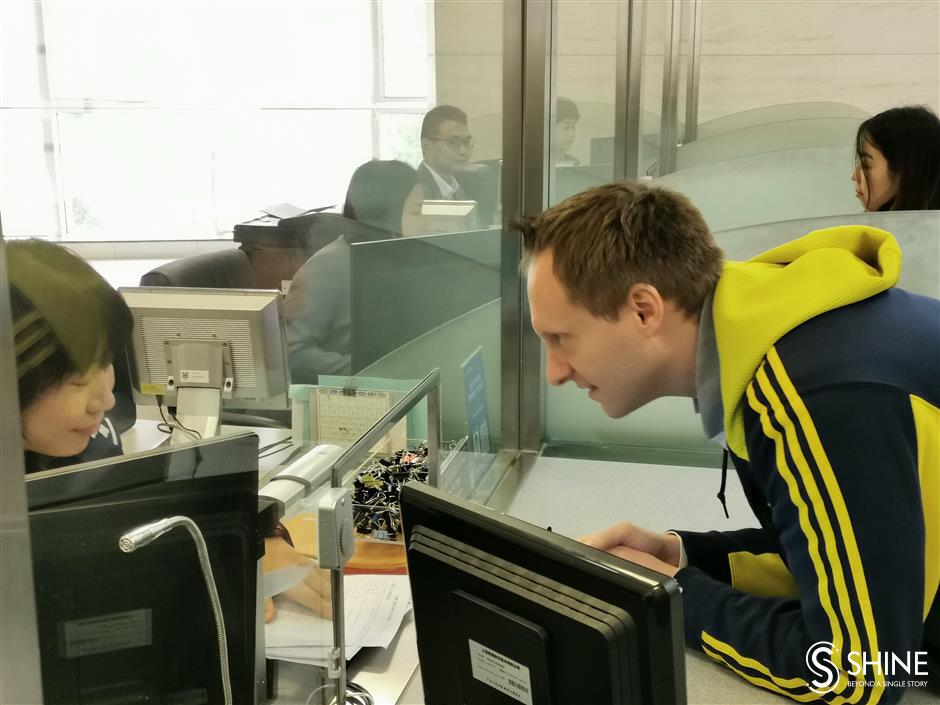 Jason Evans applies for a residence permit at the "single window" on Monday. 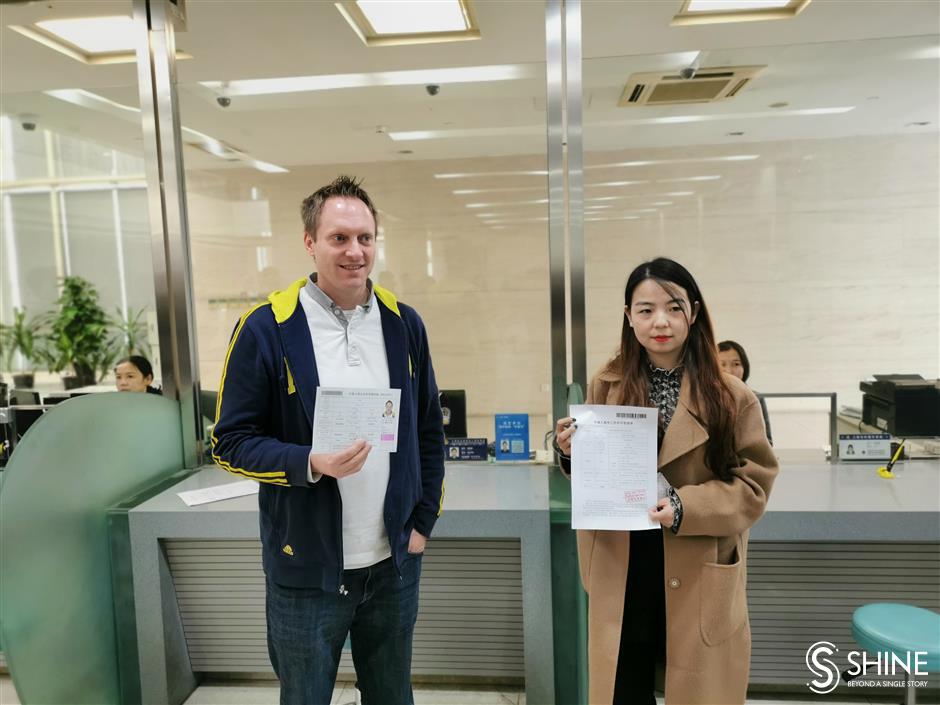 Evans and Li Yahui, his colleague, successfully apply for his work and residence permits at the window.

Huang Hong, vice director of Shanghai Administration of Foreign Experts Affairs, said similar windows will gradually be introduced to all Shanghai districts. The administration currently has 20 offices around Shanghai.

For successful applicants, the two permits will be issued at the same time and sent to them via express mail.