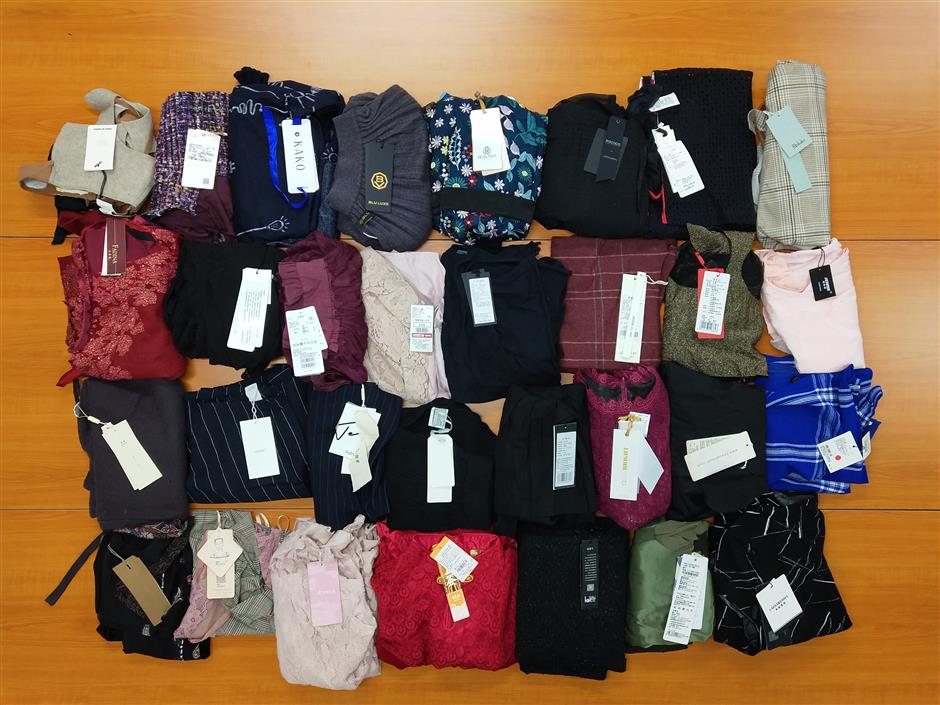 Substandard products tested by the Shanghai Administration for Market Regulation.

Around 20 percent of luxury clothing from 255 batches failed quality tests, the city's market watchdog said on Tuesday, including brands such as Coach, Tommy Hilfiger and DKNY.

Skirts branded Voice of Voices sold at the Bailian Outlets Plaza contained banned aromatic amine dye which can lead to cancer, it said.

The amount of benzidine on different parts of the clothing reached up to 71 milligrams per kilogram compared with the national standard limit of 20 mg/kg.

A batch of Coach knitted clothing for women failed for pilling resistance. It was sold at the Grand Gateway 66, according to the administration.

Six batches failed for fiber content that didn’t match what was on the label.

A batch of men’s trousers from Tommy Hilfiger sold at the Changning Raffles City had poor color fastness.

Dye in clothing with poor color fastness can bleed into the skin, which can be harmful in the long term, the administration said.

A batch of DKNY shirts should be made from 100 percent mulberry silk based on their labels, but tests found they had 6.7 percent of polyurethane fiber other than silk, the administration said. The products were sold at Grand Gateway 66.

A batch of Nice Claup trousers for women sold at the Longemont Shopping Mall failed for a higher pH index than allowed. Clothing with substandard pH index will irritate the skin, the administration said.

Allo&lugh skirts sold at the Jiuguang Department Store had a higher amount of chromium, an extractable heavy metal, than allowed, posing a safety hazard to children's health, according to the administration.

In total, 255 batches of clothing were tested with 56 failing tests.

The authorities have ordered the businesses concerned to stop the sales of substandard products immediately and check their stocks. An investigation is underway.