China's first automated pitch paving vehicles made the debut on a local road in Qingpu District on Tuesday.

A vehicle and two road rollers, all unmanned and supported by artificial intelligence and the BeiDou Navigation Satellite System, were in action on Zhujian Road in Qingpu District.

A 3D monitoring system can ensure the flatness of the surface, while checking the temperature of the pitch with infrared rays to adjust the rolling speed. The BeiDou system helps improve accuracy of the vehicles to within 5 centimetres.

If anyone is detected within 1.5 meters of the vehicles, they brake immediately and resume operation after people walk away.

The vehicles can reduce the number of workers required by a third compared with traditional methods. Only a few engineers are required to supervise from a remote command centre.

The group, along with the Sanyi Heavy Industry Co and Shanghai BeiDou Satellite Navigation Platform Co, began developing the automated vehicles two years ago, when a large number of pitch paving workers quit.

“Workers have to endure high ground temperature of up to 60 degrees Celsius and strong smell from the hot pitch for hours,” said Yuan Xueqiang, a senior pitch paving worker with the group. 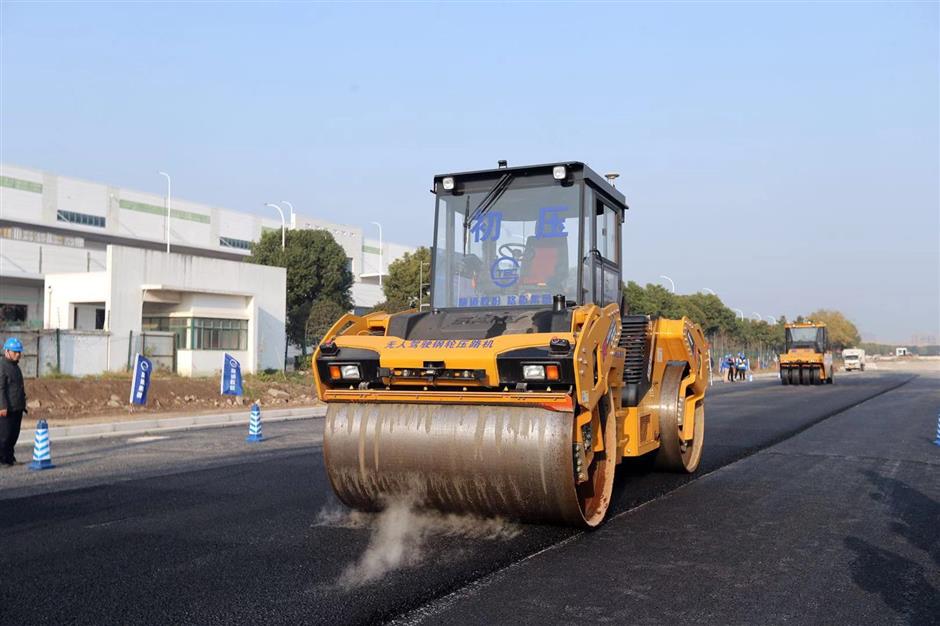 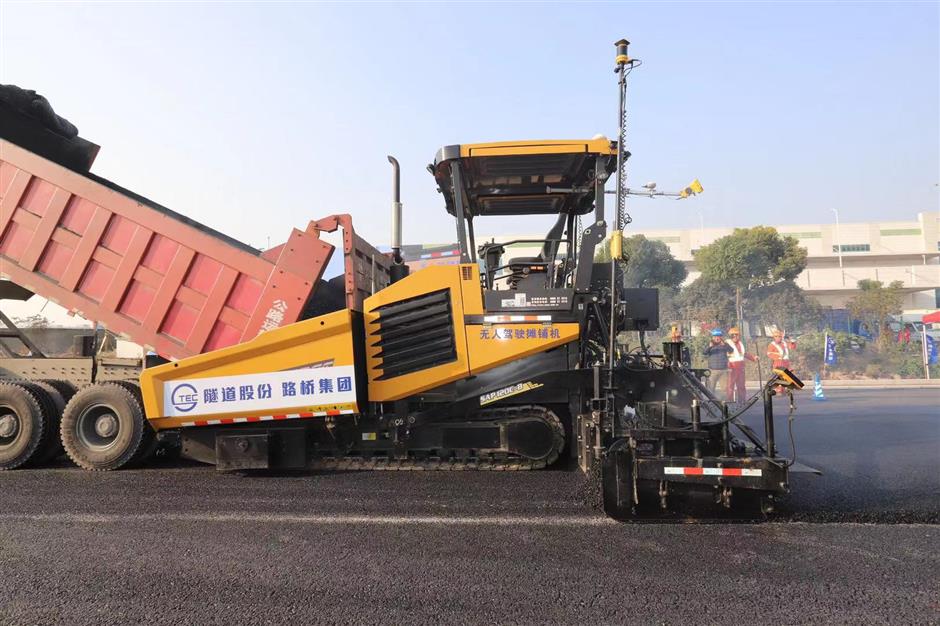 A truck dumps pitch into an unmanned pitch paving vehicle on Zhujian Road in Qingpu District.

“The high ground temperature would even melt our special shoe soles after standing for half an hour,” he added.

Yuan has taken part in the constructions of over a dozen of local bridges and the Shanghai International Circuit, where surfaces have to be of the highest standard.

The number of pitch paving workers has dropped by 45 percent within five years in the group, said Jiang. “Young workers prefer delivering parcels or meals which are less toilsome and more profitable,” he said.

The experiences of Yuan and other senior workers have been converted into the programs and algorithms of the automated system, Jiang said. It can not only improve the working condition of the remaining workers, but also ensure the quality of the road surface, which previously mainly relied on human experience, he added.

The companies are also using 5G technology, the next generation of communication technology, on the vehicles, which can further improve accuracy and data transmission from construction site to command center. 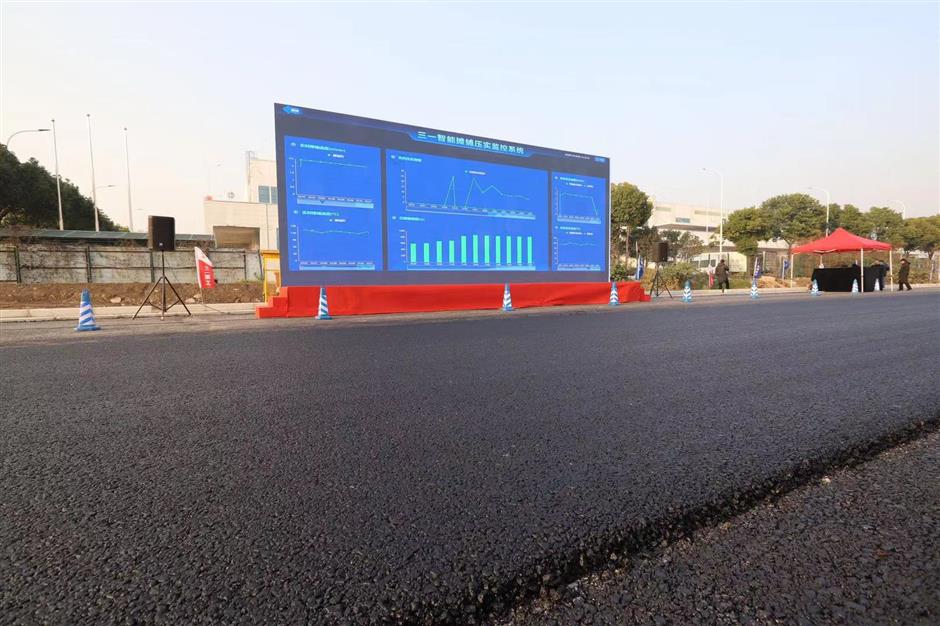 Data from the project, such as flatness and temperature, are collected automatically and displayed on a screen on site.