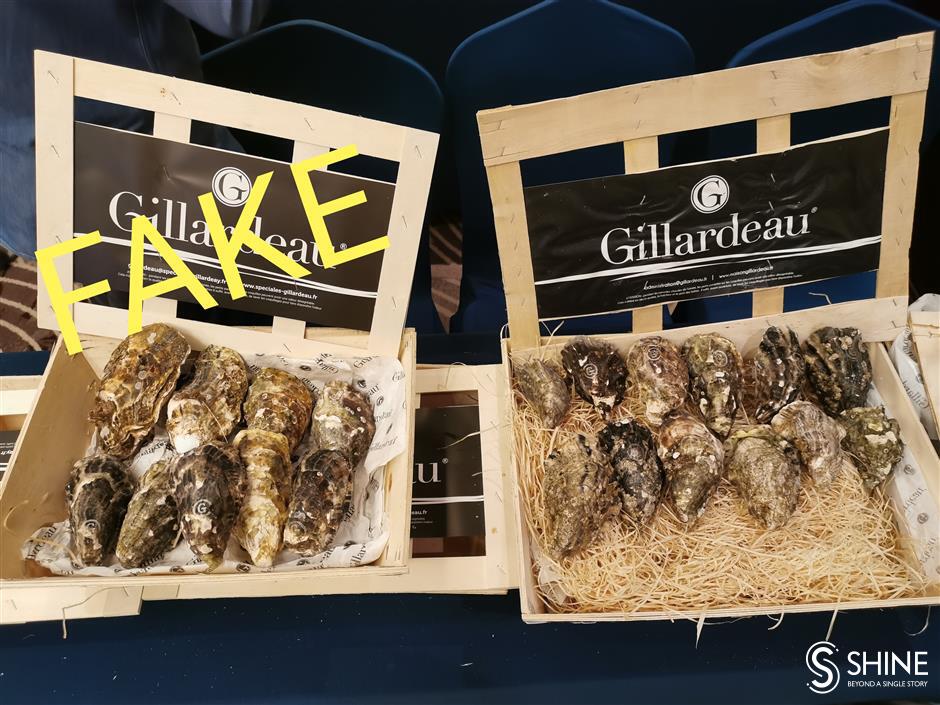 Twelve suspects have been caught for allegedly selling fake oysters under the French brand “Gillardeau,” Shanghai police said on Tuesday.

The oysters were still edible, but were not French, according to police.

Police in Baoshan District started their investigation after the French company reported that fake oysters under its brand were being sold in Shanghai, Beijing and Zhejiang Province.

Police found that two people running an oyster shop at a seafood market in the Pudong New Area were selling the oysters in fake packages of the brand purchased from Jiangxi Province.

The oysters cost only 14 yuan (US$2) each, but they were sold at 31 yuan to Beijing and Zhejiang Province, according to the police.

The suspects were rounded up on October 13 in nine locations. Over 20,000 fake labels and 900 fake packages of the brand, as well as 1,000 fake French oysters, were seized during the raid.

Police said the authentic counterparts of the fake oysters sold by the suspects would be worth over 40 million yuan.

Five of the suspects have been arrested and seven have been put on bail.

This is just one case in a national campaign to crackdown on infringement of intellectual property rights which began in July.

Up till now, Shanghai police said they have solved about 300 such cases and caught over 760 suspects, with the authentic counterparts of the fake products worth over 41 billion yuan.

White Rabbit, a famous milk candy brand from Shanghai, was not spared from being infringed.

Eight suspects were caught from Liaoning Province on November 4 for allegedly producing fake milk candy under the brand's name.

Guan Sheng Yuan, the company which owns the brand, reported to the police in early September that fake White Rabbit candies were being sold on the market at lower prices.

While the wholesale price of a box of authentic candy is 438 yuan, the fake candies were sold at 400 yuan for each such box, the company said.

The fakes were partly sold through WeChat as well, police said.

Police found that a man surnamed Zhao and his wife, who live in Liaoning, started to print fake packages and produce fake candy this year without authorization from Guan Sheng Yuan.

During their raid in November, police seized over 500,000 fake White Rabbit candies from Zhao’s factory and over 100,000 pieces of fake packaging.

Two suspects have been arrested and six have been put on bail. 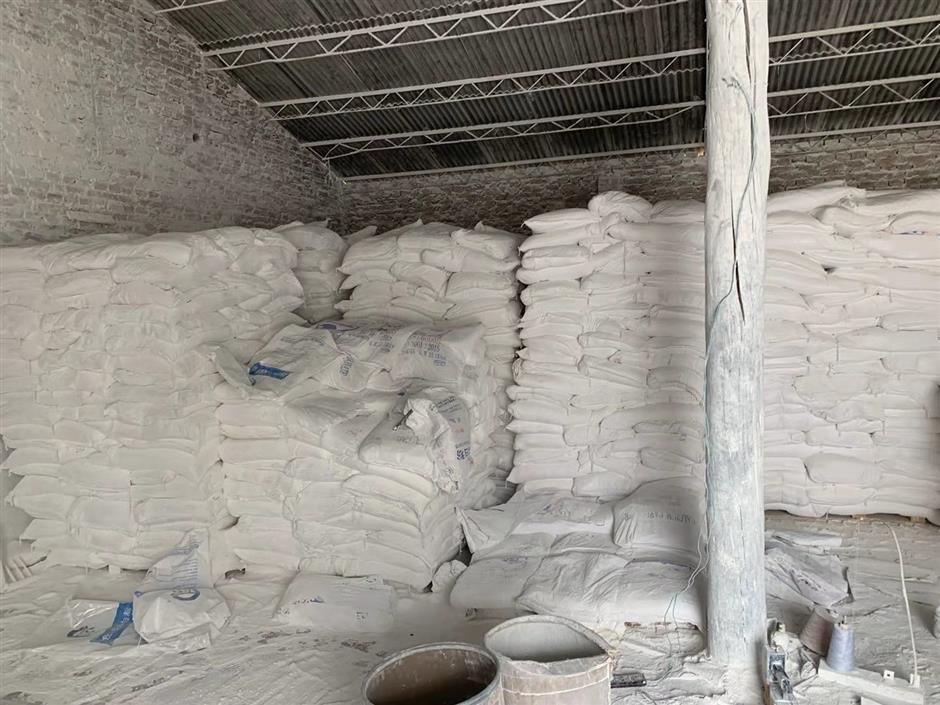 The factory in Hebei Province where the fake pigment is kept

Shanghai police said they have visited over 40 companies in Shanghai this year to gather clues about infringement of intellectual property rights, and one tip from a US company led to the fall of seven suspects.

Chemours, a US company, told the police in September that some fake titanium white products under the name of the company and its namesake brand were being sold overseas. They had allegedly been exported from China and at lower prices.

The fake products were inferior in quality, according to the company.

The suspects were rounded up on November 1 with over 5 tons of fake titanium white products.

Six of the suspects are awaiting trial, and another has been put on bail.

During a ceremony to announce the results of the crackdown, police and government officials symbolically "destroy" fake products. 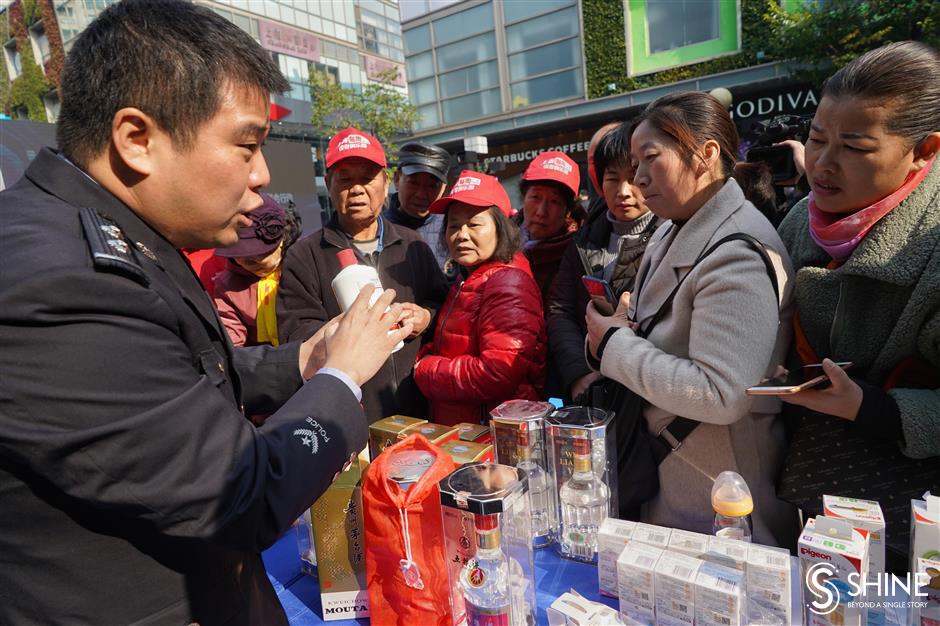 A police officer explains to residents how to identify fake Moutai baijiu.