Local medical specialists are able to identify the genetic causes for 30 to 40 percent of autism spectrum disorders, doctors from Shanghai Children’s Medical Center said on Thursday.

Autism spectrum disorders are a group of neurodevelopmental disorders characterized by impaired social interaction and communication skills, and are often accompanied by other problems like repetitive or stereotyped behavior.

“The reasons for autism are very complicated. It is related with genetic, environmental and other causes. Through genetic chip technology and high-throughput sequencing, we can identify the genetic causes for 30 to 40 percent of patients with autism,” said Dr Wang Jian, director of Shanghai Children’s Medical Center’s genetic molecular diagnosis department. “Knowing the genetic causes can help clinical diagnosis and give more targeted direction to treatment and rehabilitation, as well as direction for the family if the parents want to have a second child.”

“With the genetic research, we have also started to look for targeted medicines and animal models for genetic treatment,”he added. 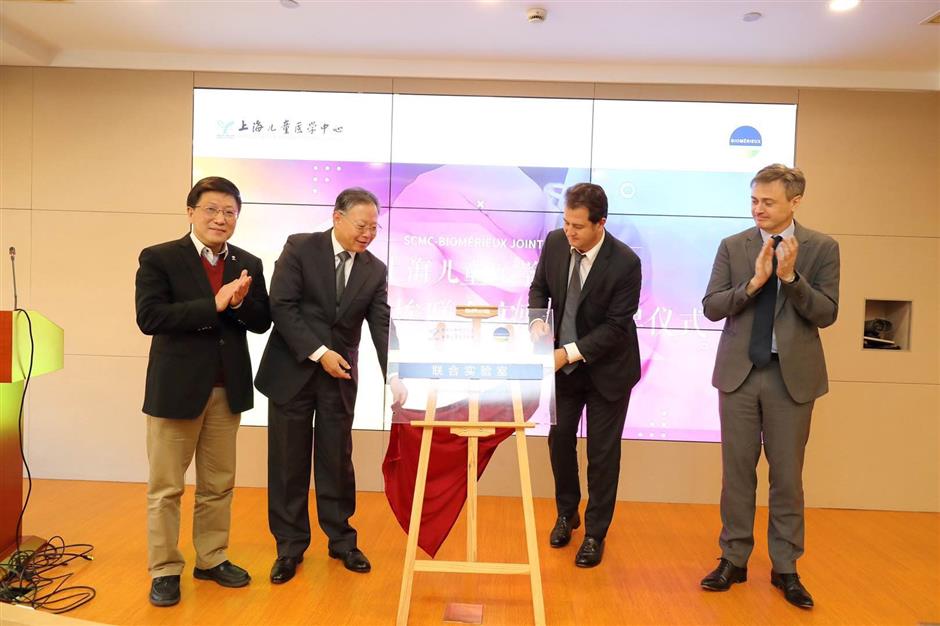 A joint unit between Shanghai Children’s Medical Center and France-based bioMérieux was established on Tuesday to streamline the precise diagnosis and treatment for children’s infectious diseases.