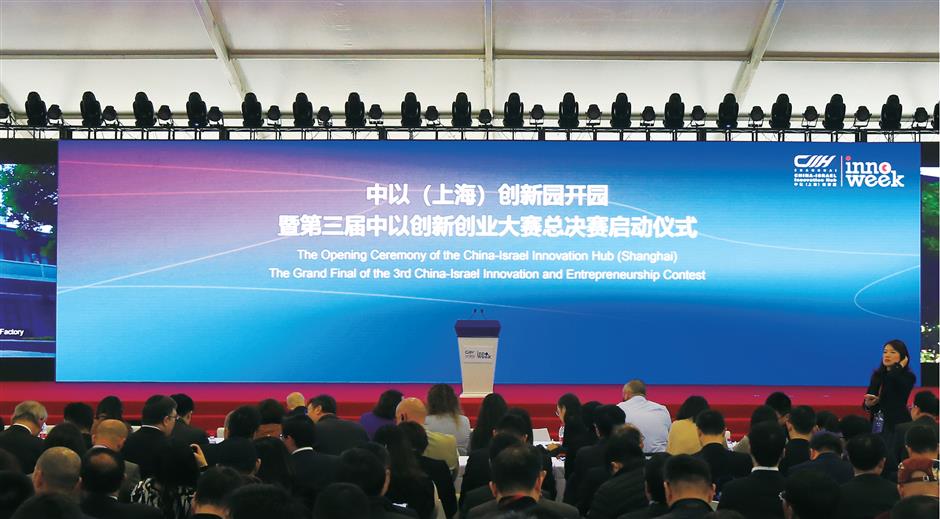 The final contest of the third China-Israel Innovation and Entrepreneurship Contest was held yesterday in Shanghai’s Putuo District along with the grand opening of the China-Israel Innovation Hub (Shanghai). The opening of the hub marks a major step in Shanghai’s implementation of a national strategy to promote Chinese and Israeli scientific and technological innovation.

A scientific innovation milestone was marked between two nations at the launch of the China-Israel Innovation Hub (Shanghai) yesterday in Putuo District.

Twenty companies or institutions, 10 of them from Israel, will be based at the China-Israel Innovation Hub, on the former site of Shanghai Hero Pen Factory in northwest downtown, now renamed Hero World.

Leading Israeli incubators, such as Ehealth and Trendlines, which focus on medical and agri-food tech, will operate at the hub in the under-construction Taopu Smart City, serving Israeli high-tech and startup firms.

Both incubators, among the 19 registered with the Israeli Innovation Authority, were attracted to the hub by the large market and strong production ability of China, said Qiang Hao, deputy general manager with the Shanghai Taopu Smart City Development Construction Co. 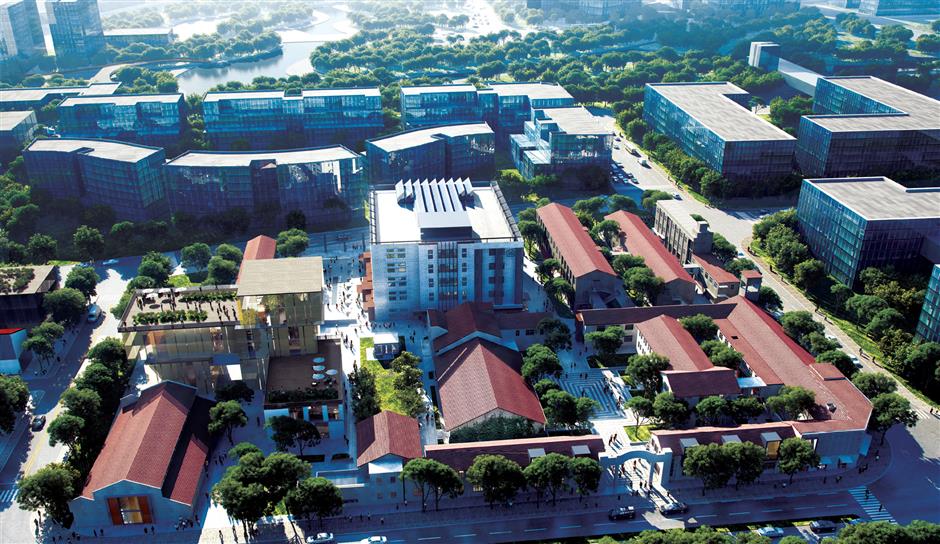 The China-Israel Innovation Hub (Shanghai) is based on the former site of Shanghai Hero Pen Factory in Putuo District.

A professional team with the bureau will work with companies in the hub and offer direct services and protection, said Wang Jianzhong, deputy director of the district’s market supervision bureau.

Putuo aims to develop the innovation hub into a demonstration zone on the protection of intellectual property rights in Shanghai and China.

The district also established an investment foundation totaling 150 million yuan (US$21.4 million) to assist startup firms get off the ground within the hub.

“Many mature technology firms, especially those about to be listed, can easily attract local investors, but those at the early stage of their development lack support,” said Li Wenbo, director of Putuo’s science and technology commission. The foundation, initiated by the district government, will mainly help those companies.

The companies and institutions that move into the hub before the end of 2019, for instance, can enjoy reductions on lease and tax, as well as subsidies for office decoration, while foreign professionals can claim housing subsidies and awards.

Qiang said the innovation hub aims to attract 60 high-tech companies from across the world within three years.

“A large swathe of new technology and innovative products are expected to enter the market and benefit locals from the hub,” Qiang said.

An innovative system will be formed in the park that is in line with international standards and is conducive to the transformation of scientific and technological achievements.

A series of research findings will be transformed into commercial products and a cluster of influential brands will be created by the China-Israel innovation exchange.

The hub is within Taopu Smart City, a former industrial park being developed into a high-end business district featuring the latest technology, a green environment and innovation.

The hub is expected to make Putuo’s Taopu area on a par with Zhangjiang Technology City in the Pudong New Area as a key center for the development of Shanghai as a technology and innovation center. 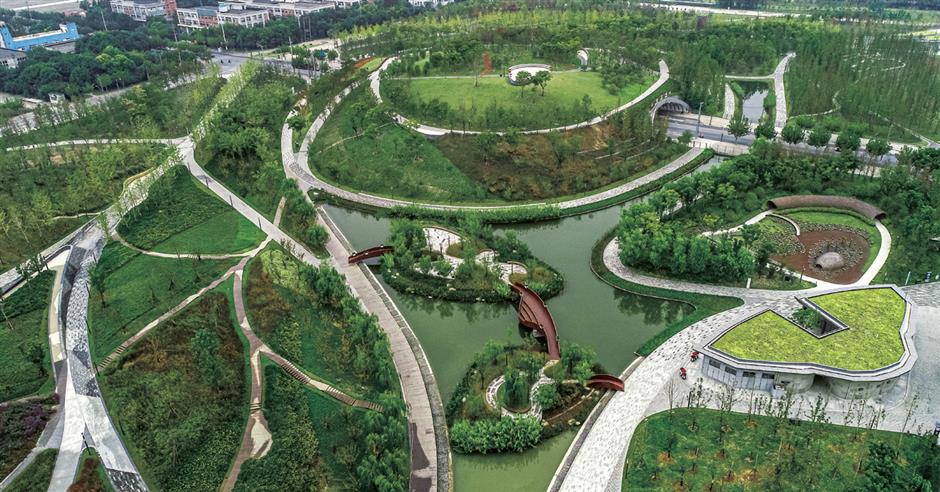 The blueprint reveals the innovation park will be developed in three phases.

The first phase of the hub has been completed on the former site of Shanghai’s Hero pen factory, which dates back to the 1930s.

The hub can be further expanded to other sites at the smart city based on demand, the Putuo government said.

To support the companies based in the innovation hub, Putuo will accelerate infrastructure construction around the center to improve the environment, along with up-market commercial, talent apartments, education and medical services, ecological construction and community centers.

Putuo will drive an in-depth cooperation with the East China Normal University, the Chinese Academy of Sciences and the Weizmann research center, the University of Haifa and the Hebrew University of Jerusalem on talent training, joint laboratories and industry research institutes.

A one-stop service station will help Israeli startup projects set up base in the city and to lure quality professionals.

Meanwhile, the innovation hub in Shanghai has launched an overseas office in Tel Aviv, Israel.

The newly launched office, or Shanghai Innovation Center, in Tel Aviv will work with the hub’s other two Israeli offices, later to be set up in Haifa and Beersheba, to help exchange and transfer technology with the base in Putuo.

The new office will endeavor to seek, research, match, transfer, incubate, invest and industrialize startup projects and new technology between the two countries.

Against the backdrop of a US$1 trillion Belt and Road Initiative, China has maintained in-depth cooperation with Israel.

Nearly 100 scientific innovation cooperation projects have been conducted between universities and research institutes in Shanghai and Israel.

Putuo has been striving to create a cooperative and innovative business environment for Israeli enterprises.

The final contest of the third China-Israel Innovation and Entrepreneurship Contest was held yesterday along with the grand opening of the hub.

Nearly 1,000 representatives from companies, institutions and governments took part in the event and exchanged with the winning startups to help convert the innovative technologies.

An “Innoweek” Sino-Israel cooperation exhibition on innovation was held on the sideline of the opening ceremony of the hub to showcase the projects from 31 Israeli and Chinese exhibitors in 1,200 square meters of exhibition space.

Putuo aims to create a “special industry cluster on artificial intelligence” and an “international smart city.”