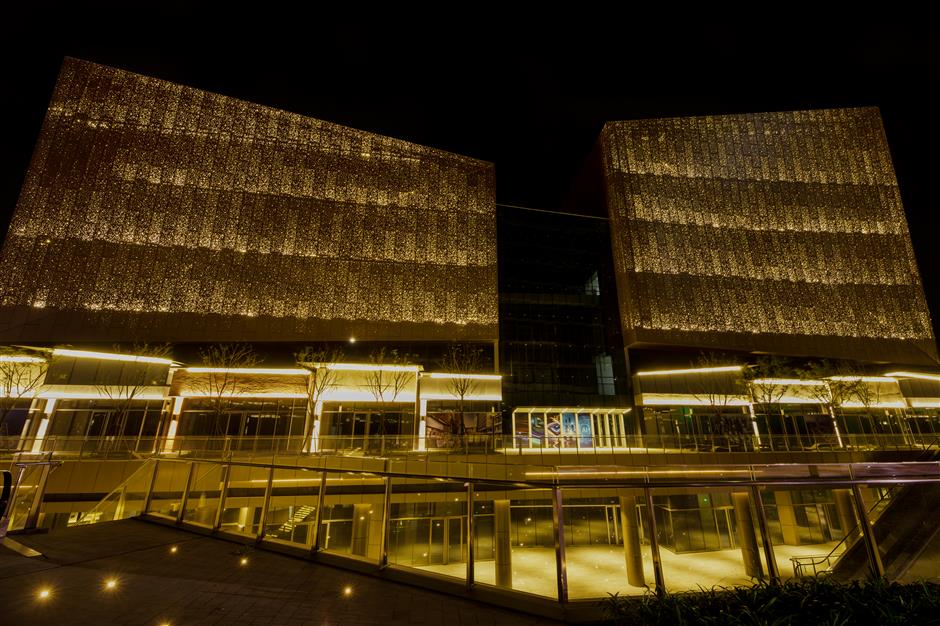 The China Media Group laboratory is lit up on the West Bund waterfront.

China's first national key laboratory on ultra high-definition media production and broadcasting has been launched on the West Bund waterfront in Xuhui District.

The lab in the Shanghai International Media Hub along the Huangpu River will cooperate with Shanghai Jiao Tong University on training researchers and professionals.

According to Shen Haixiong, vice minister at the publicity department of the CPC Central Committee and president of China Media Group, the laboratory will develop an innovative media platform with global influence.

As part of the lab, the L-2 building, nicknamed the Golden Box, has a high standard small theatre and exhibition hall.