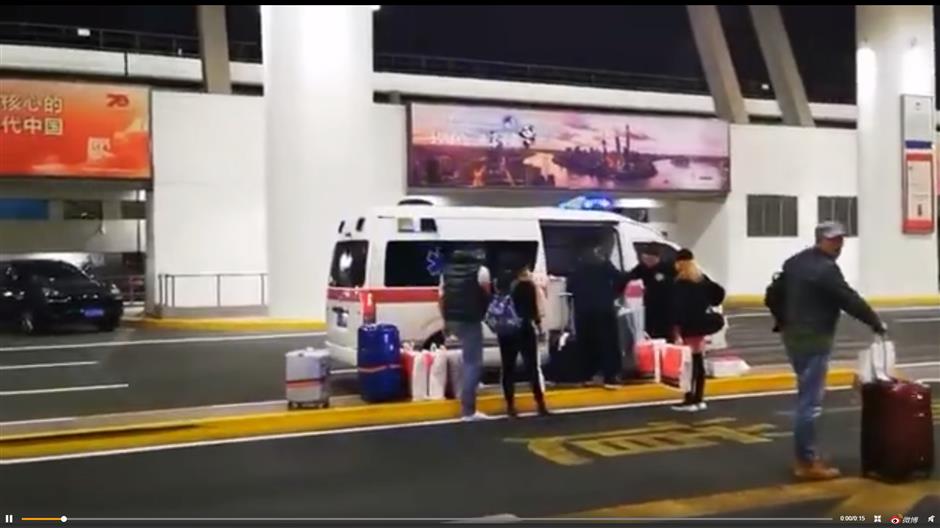 A video footage shows an ambulance picking up at least six passengers with luggage suits at Pudong airport on Saturday night.

Shanghai Airport Authority will punish staff who used an airport ambulance to pick up passengers at the Pudong airport with the alarm light flashing.

The ambulance with a local car plate was seen by witnesses picking up about six passengers. Someone in uniform got out of the ambulance to help load the luggage for the passengers.

The ambulance with the lights flashing also stopped on the no-parking zone near the waiting area for shuttle buses.

A video of the incident was posted online on Saturday night. The post has been reposted about 3,000 times with over 800 comments.

An investigation was conducted directly after the incident was exposed.

Unauthorized use of an ambulance can lead to suspension or dismissal of the person or persons responsible and their supervisors.

In a previous case, the driver of an ambulance in Beijing was suspended after he used an ambulance to collect lunch with the alarm light flashing in 2012.