More than 60,000 food and parcel deliverymen around Shanghai now have a chip on their e-bike plates which helps record any traffic offenses automatically, the city's traffic police said on Thursday.

Since July 1, when the new technology was introduced, about 49,000 offenses have been recorded, they said.

The chips, with RFID (radio frequency identification) technology, can upload information about an e-bike rider to the police if an offense is spotted by a police camera on the street.

The system is one of the latest measures to crack down on rampant traffic offenses from this group of e-bikers, police said.

The offenses being looked for at the moment include running a red light, using the wrong lane, not using the non-motor lane and violating e-bike bans on certain streets, police said.

So far, there are over 1,000 sets of RFID signal collectors and police cameras at key streets and intersections in 11 districts, according to the police.

Police said the measure is efficient for law enforcers because even if a chip-embedded e-bike plate is covered, the chip won't be affected.

If a plate is removed from an e-bike, police immediately receive an alarm. 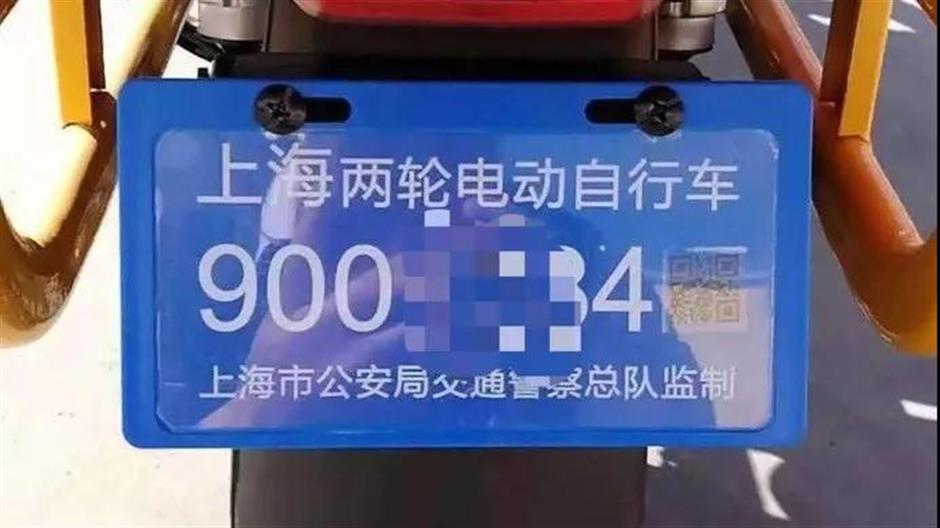 Chips embedded in e-bike plates are the police's latest measure in their crackdown on rampant traffic offenses.