An exhibition about the Mogao Grottoes in Dunhuang opened to the public on Sunday afternoon at the Duoyun Bookstore on the 52nd floor of the Shanghai Tower.

The exhibition, telling stories of the murals and charity teams who work on them will last through January 19 next year.

In the first project, a team made clay plates similar to the grotto walls with the soil they collected from the Daquan River and sand from the mountain. They used mineral dyes to draw murals in a similar style as Dunhuang ones which "move" in a 7 minute animated video.

For the second project, three designers created sets of fashionable clothes, which are also on show.

The third project focuses on pictures of the Yulin Grottoes, sister of Mogao Grottoes.

More than 600 small Buddhas made by children who visited Dunhuang are placed on the wall with some paintings they drew.

Visitors can buy products related to the murals with all profits going to charity programs.

Visitors who get ideas from the exhibition can also created their own art works with materials provided at the scene.

In the following month, there will be events and lectures at the bookstore. On December 21, Shanghai Xinyi Ethnic Chamber Orchestra will perform. On January 11, cartoonist Feng Jiannan will tell the audience how Dunhuang inspired his work. 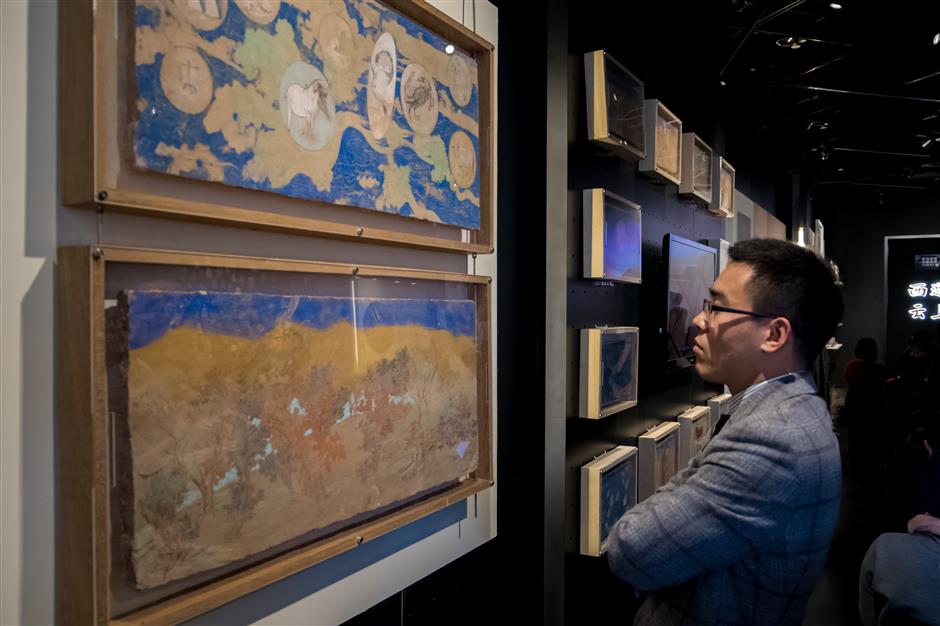 A visitor looks at clay plates similar to the Dunhuang mural. 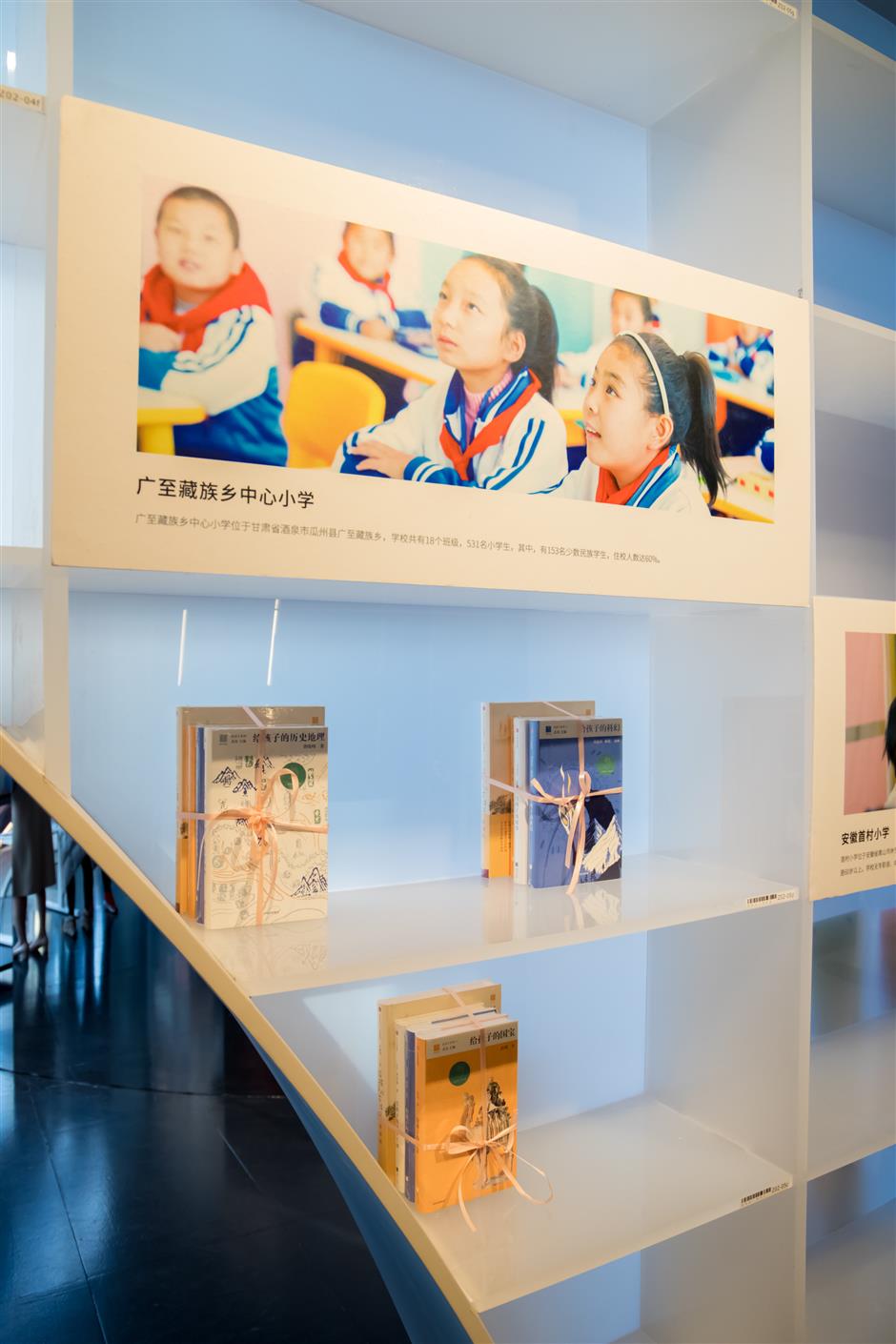 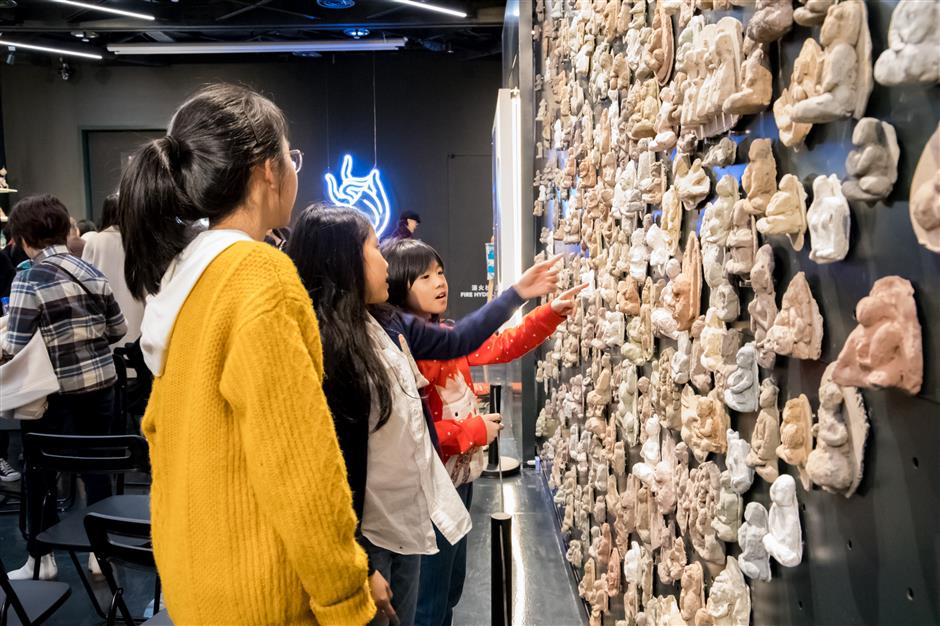 More than 600 small figures of Buddhas made by children who \visited Dunhuang are placed on the wall. 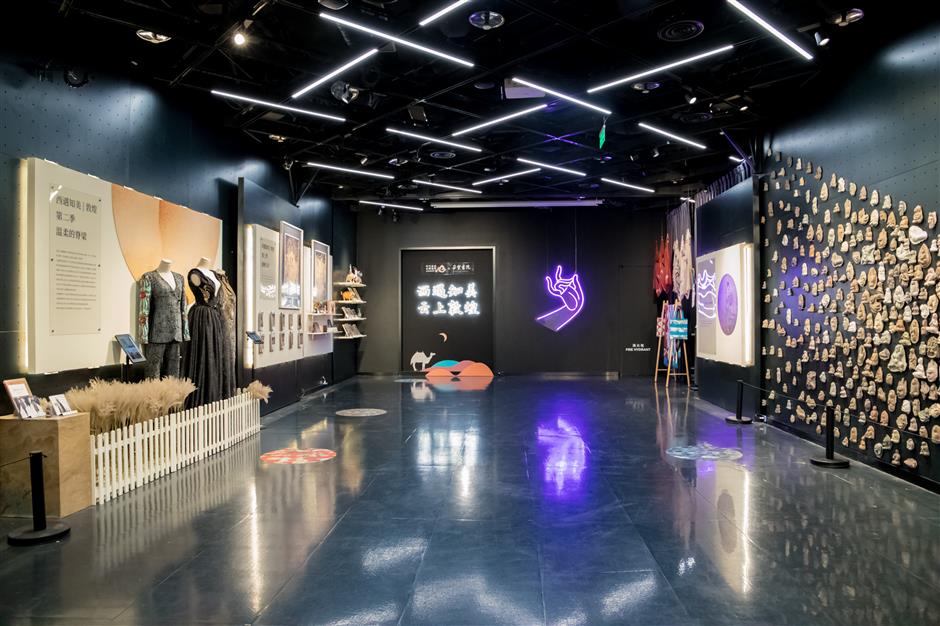 A charity exhibition about the Mogao Grottoes in Dunhuang opens to the public.

Some of the clay plates and a documentary on how an animated video was made are on display. 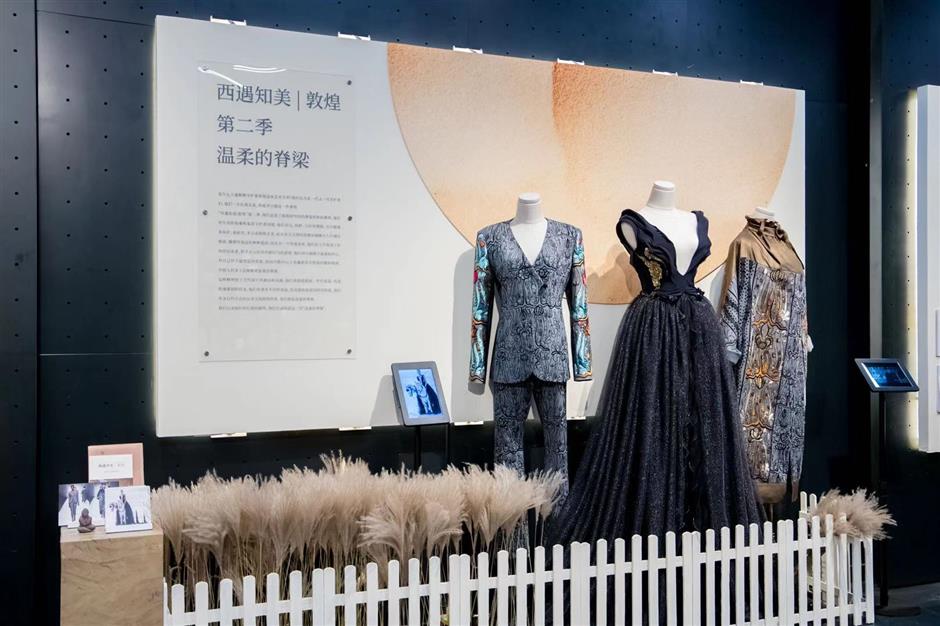 Three designers create three sets of fashionable clothes, which are on display. 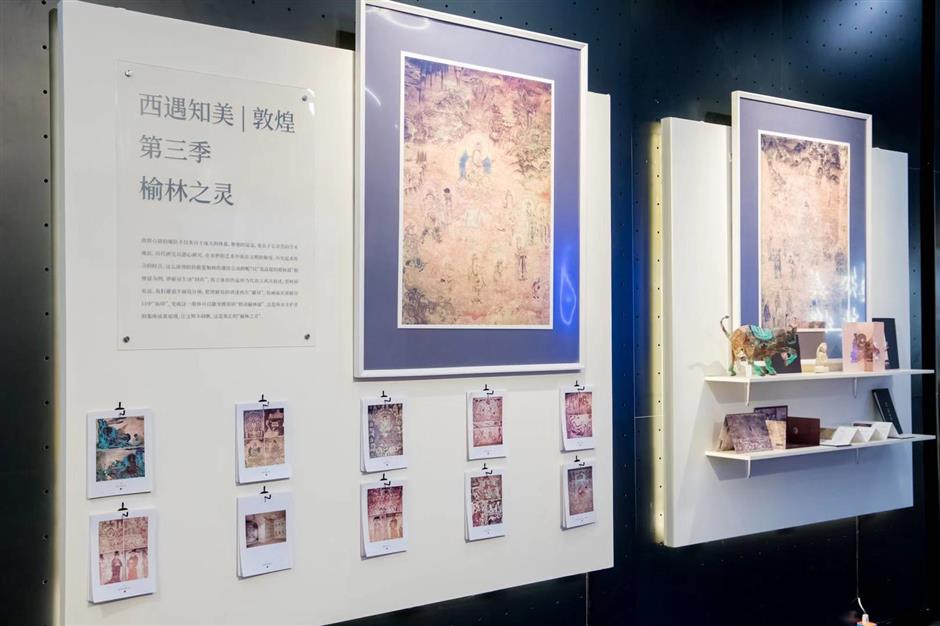 Visitors can enjoy the photos of murals in Yulin Grottoes, sister of Mogao Grottoe, at the exhibition.