Evolving into center of scientific innovation 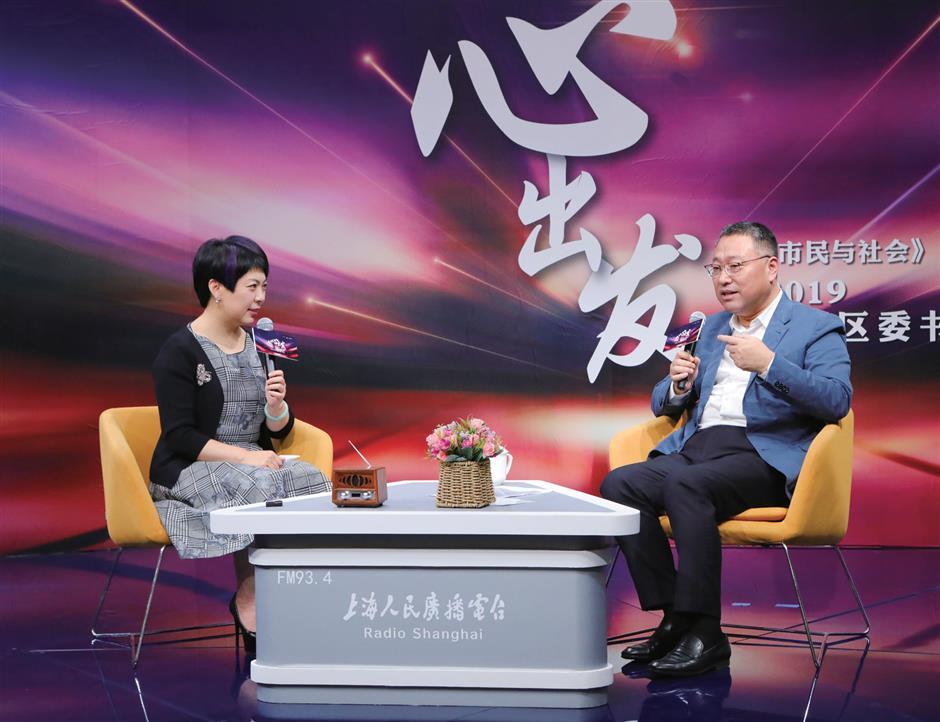 The northwest downtown district is focusing on renovating its old residential neighborhoods and a series of micro-revamping to improve the living standards and conditions of its residents.

But that’s not all.

The opening of the China-Israel Innovation Hub (Shanghai) in Putuo on December 5 has become a major step in promoting the scientific and technological advancement of both nations.

The International Innovation Center of Tsinghua University Shanghai unveiled on August 31 in Putuo is expected to help boost regional scientific innovation as well as economic and social development.

“Putuo is striving to conquer difficulties, benefit its citizens and abandon its former ‘old and big’ image to become a beautiful district,” said Cao Liqiang, Party Secretary of Putuo.

In one campaign, Putuo resolved a major headache for residents in building waste and garbage treatment.

In China, a homebuyer usually gets a complete but undecorated apartment from a property developer and then has to furnish it.

Waste building materials poses a threat to the environment if it is not treated and disposed of immediately because locals tend to dump their household trash on the debris, causing neighborhood tension in the community.

Cao led an initiative to remove 18,000 tons of building waste and garbage within 11 days.

Now many garbage stations for building waste have been built in old communities. And, thanks to these efforts, complaints on the issue dropped by 34 percent in October and disputes were resolved within two days.

Over 500 officials from Putuo government were told to visit their designated neighborhood committees once a month to resolve long-term problems for residents.

“Putuo was once described ‘big but old’ because of its large number of old residential communities and sanitation problems,” Cao said. “The government promises to keep improving the living environment of local citizens.”

The ongoing renovation in Caoyang Community, China’s first worker’s residence in Putuo, has become a demonstration of the city’s urban renewal campaign.

The community, covering two square kilometers, sprung up in 1951 as a home to model workers and a forerunner to other workers’ districts that were built nationwide to accommodate a growing workforce during a period of rapid industrialization.

As the first “new community” in Shanghai that opened up to the outside world, it received more than 300,000 people from over 150 countries. High-ranking visitors included former US President Richard Nixon. However, as the population aged, the high-rise buildings which were once a source of great pride became a source of distress.

The government resolved these problems by undertaking a micro-revamping facelift to improve the residents’ living environment without damaging the protected status of the historical structures. Stairways were widened and made less steeper to make it safer and more convenient for the elderly.

Former communal kitchens and toilets have been renovated into private facilities, while some public space has been divided to ensure every household has its own private kitchen and toilet.

The government listened to every household prior to the renovation project and offered a tailored solution to any problems.

The historical layout and appearance of the community has been preserved while the residents’ living standards have been improved.

The project improved the pavement areas and greenery while adding additional plazas and pocket parks to neighborhood entrances and backstreets.

“The whole micro-revamping campaign resolved difficulties for the citizens and involved them in the projects,” Cao said.

The building facelift program is just one of several projects the city has launched as Putuo contributes to Shanghai’s ambition of becoming a scientific and innovation center with global influence.

Twenty companies or institutions, 10 of them from Israel, are based at the China-Israel Innovation Hub, on the former Shanghai Hero Pen Factory site in the northwest downtown area, now renamed Hero World.

Leading Israeli incubators, such as Ehealth and Trendlines, which focus on medical and agri-food tech, will operate at Taopu Smart City, serving high-tech and startup firms.

The companies that move into the hub before the end of this year can enjoy lease and tax reductions and subsidies for office decoration, while foreign professionals can claim housing allowances and awards.

The hub will become an important platform for innovative cooperation, research and development, incubation and transformation between China and Israel.

“Both sides will focus on industries such as artificial intelligence, robotics, biopharmaceutical, life science, fintech and Internet safety,” Cao said.

The first phase of the hub has been completed on the former site of Shanghai’s Hero Pen Factory, which dates back to the 1930s.

The hub can be further expanded to other sites at the smart city based on demand.

“In the future, Putuo will concentrate on the Taopu Smart City and China-Israel Innovation Hub, as well as develop three major industries on intelligent manufacturing, research and development services and fintech to drive the development of Putuo,” Cao said. “Putuo will have a thorough transformation to become the growth pole of Shanghai’s scientific and innovation center.”