Tales of two photos: looking back at 2019

Shanghai Daily photographer Wang Rongjiang has paired up his photos to show how some things have changed, while others remain the same. 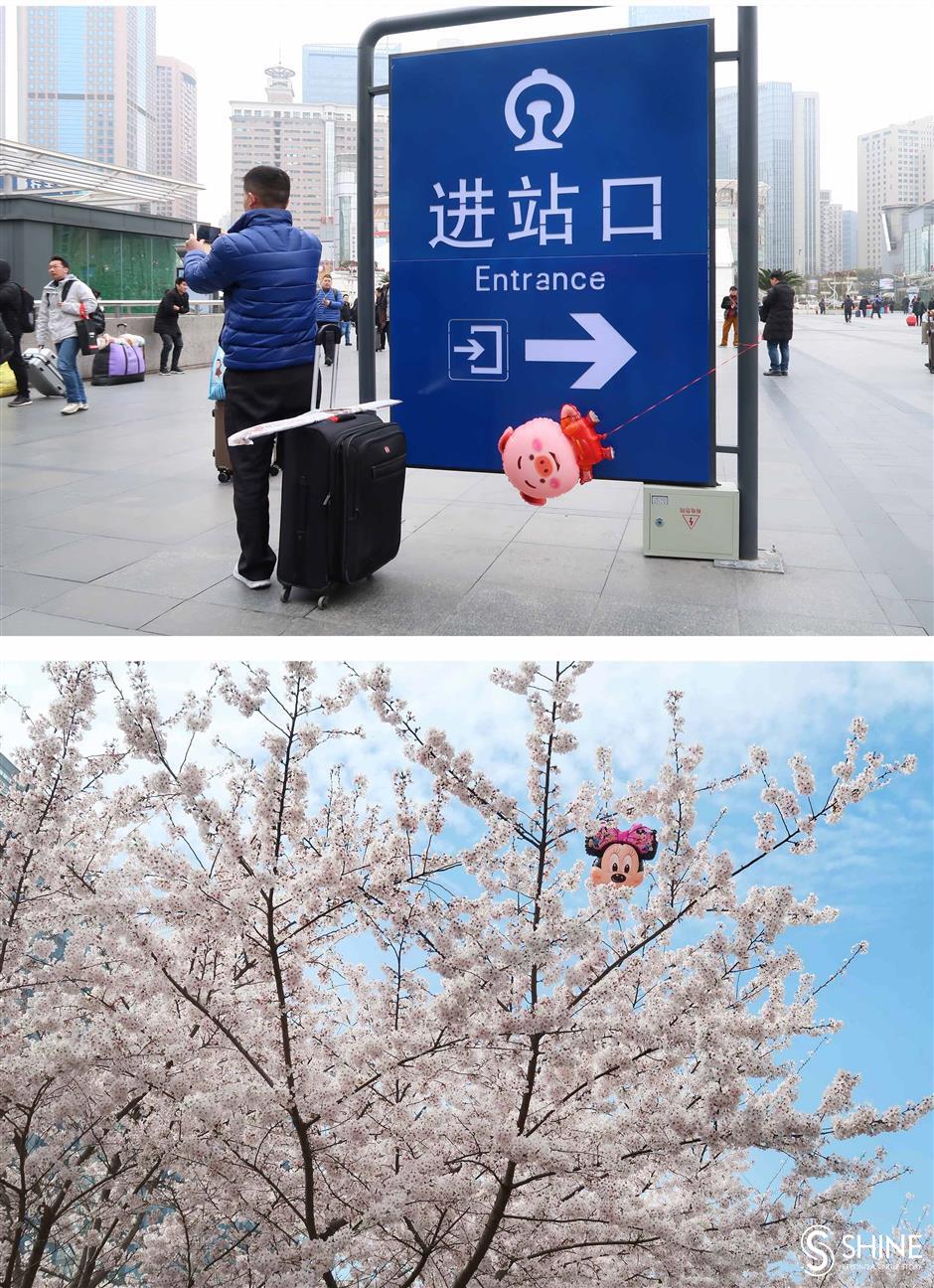 Far above: A balloon of a cartoon pig is tied to a sign at the South Square of Shanghai Railway Station on February 1 during the travel rush ahead of the Year of the Pig.

Above: A balloon of Minnie Mouse is caught in a cherry tree on Sichuan Road N. on March 31. 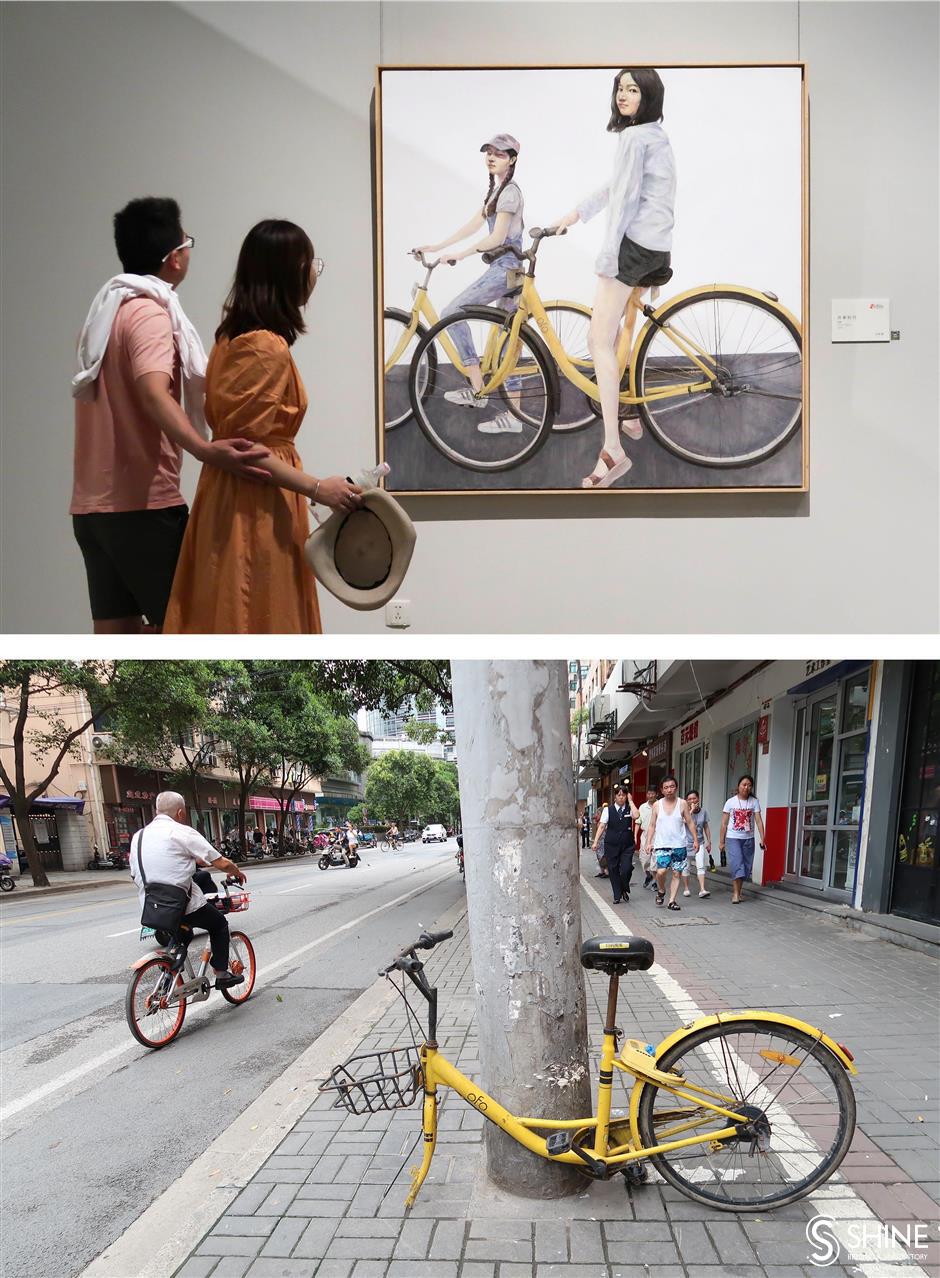 Far above: A painting, created in 2017 and showing two girls on ofo shared bikes, is displayed at China Art Museum on May 21.

Above: A dismantled ofo bike is abandoned on Anhua Road on August 9. The company is still struggling to return deposits to more than 13 million users across China.

Far above: Visitors to the Shanghai Natural History Museum rest on a bench on June 1.

Above: Shoppers at the IKEA store in Xujiahui on August 8. 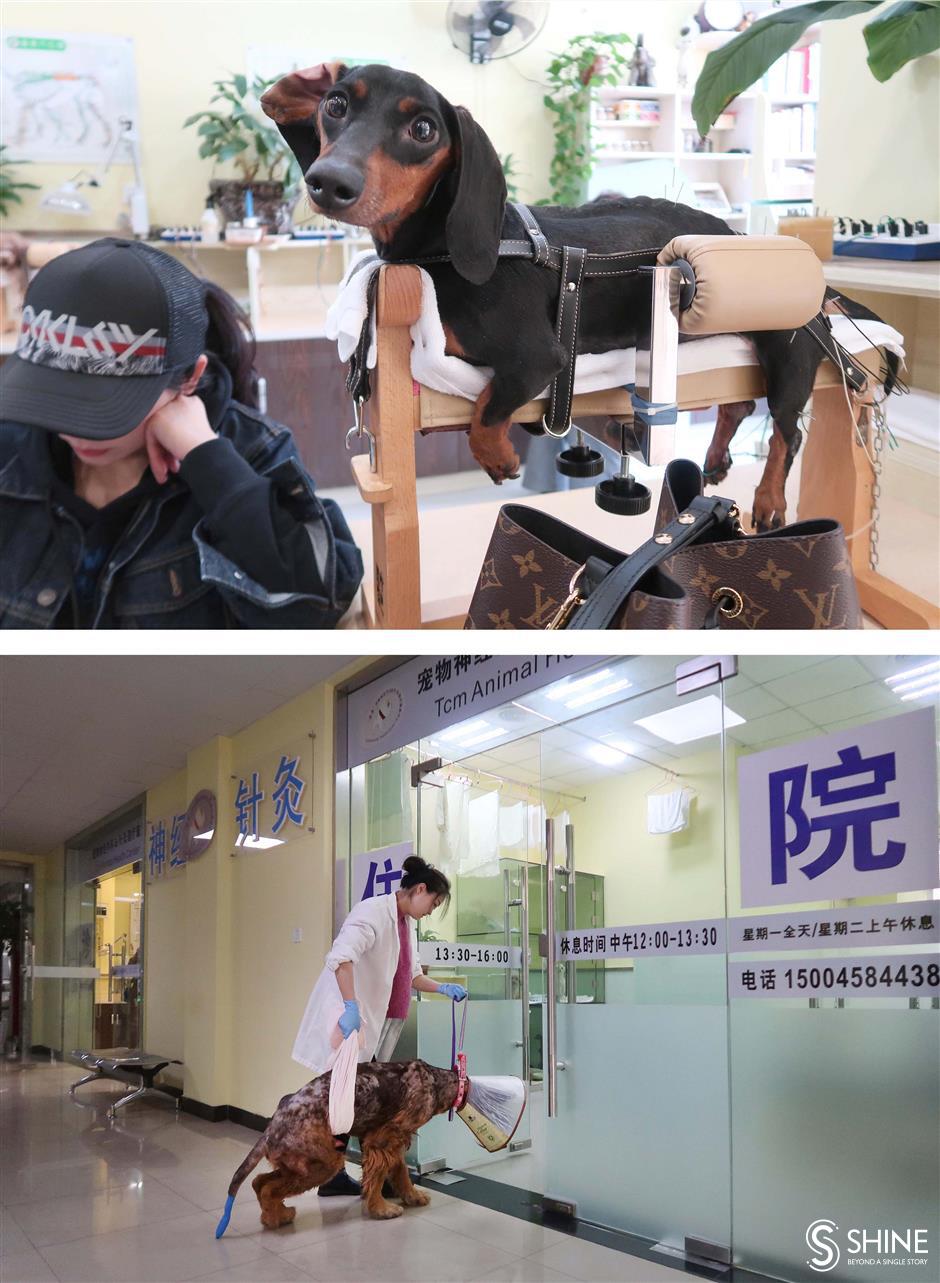 A Dachshund (far above) is treated at a pet clinic in Minhang on February 26 while an abandoned Ridgeback (above) is brought to the same clinic by a volunteer. 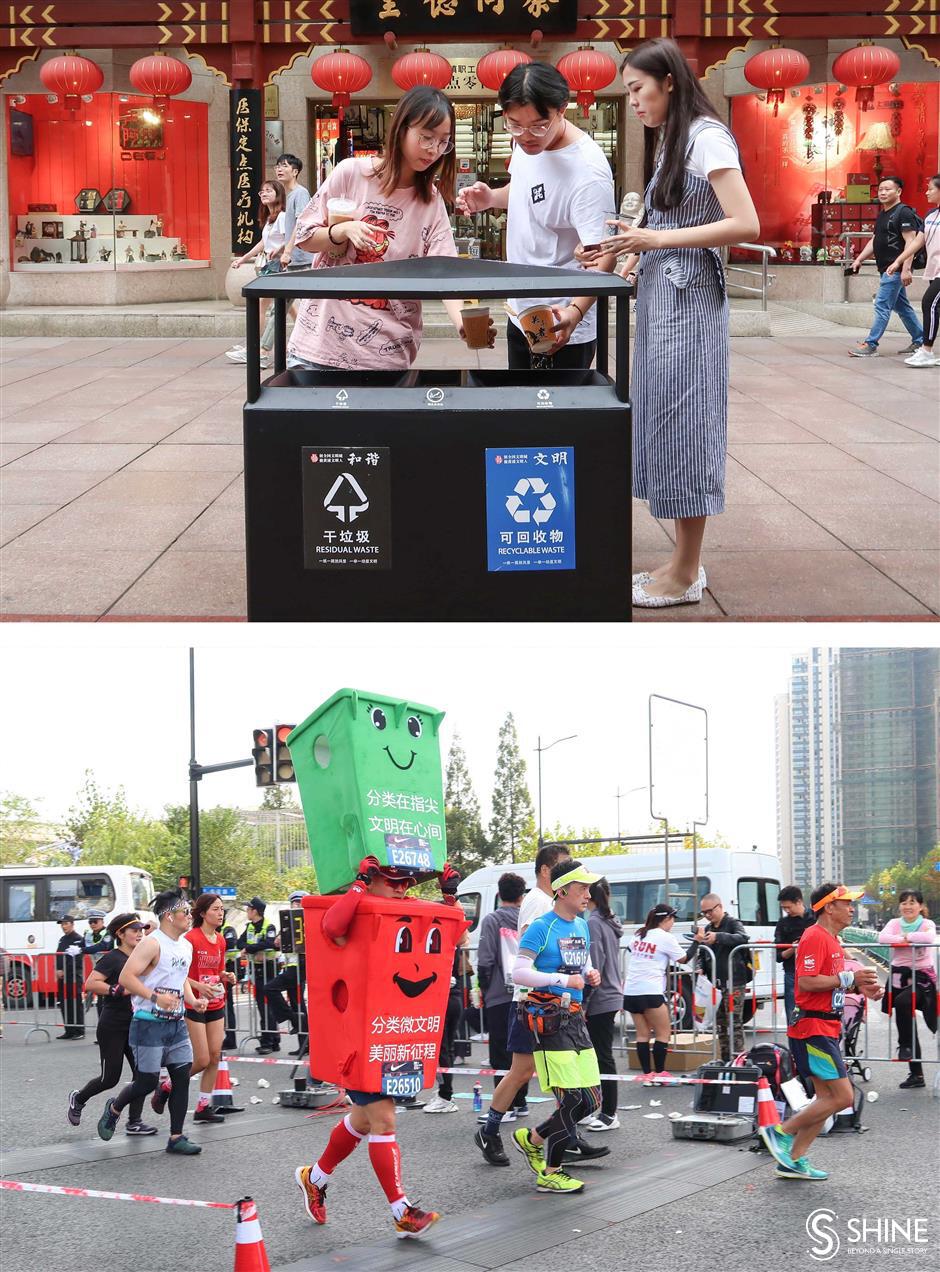 Above: A runner is dressed as classification bins during the Shanghai International Marathon on November 17. 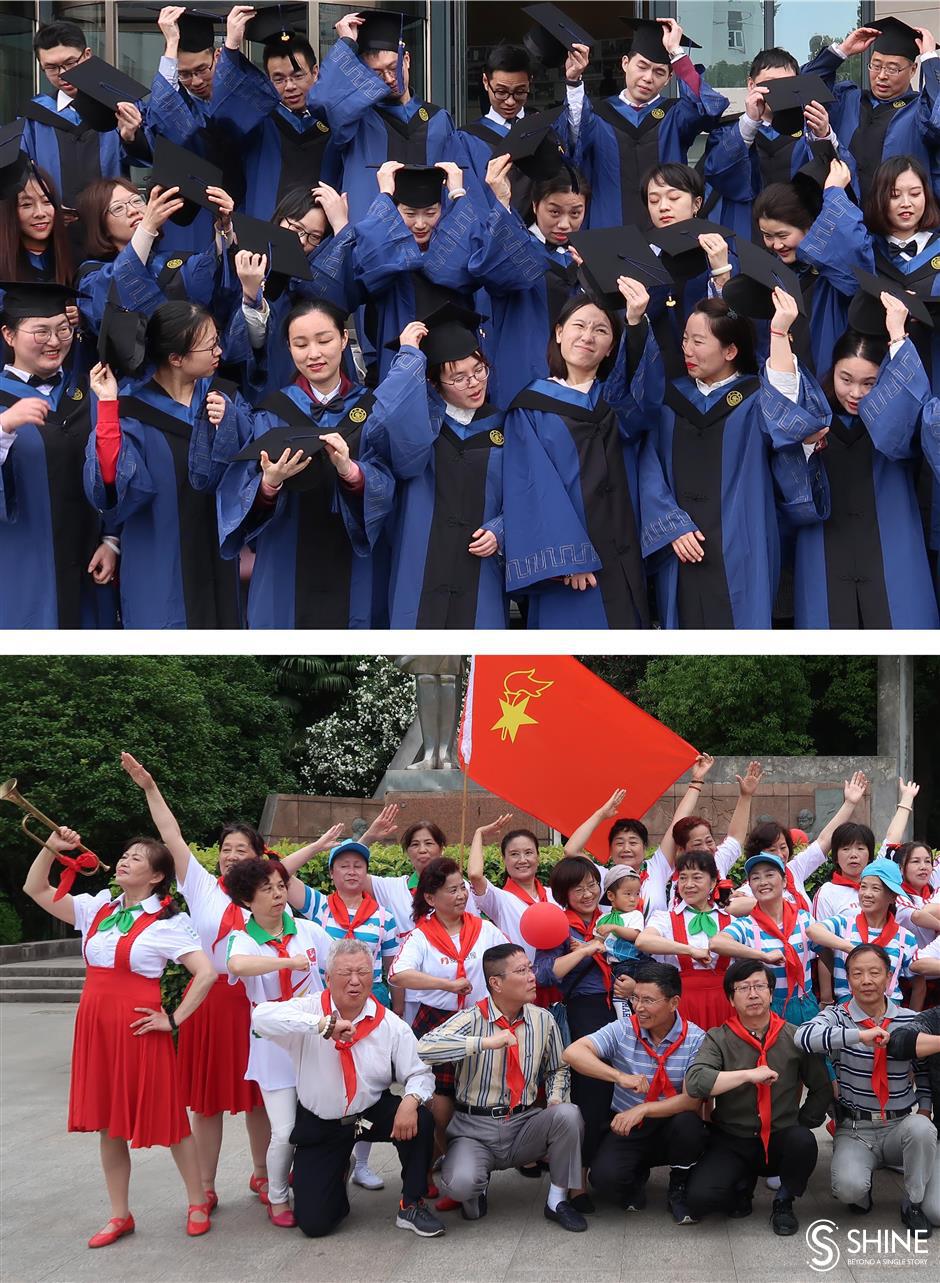 Far above: A group of masters' students take their graduation photo in Shanghai Jiao Tong University on March 30.

Above: Seniors wear red scarves, a symbol for primary school students, to commemorate their childhood in a park on June 1, International Children's Day. Local residents once used public corridors and lanes as their living rooms and kitchens when living space per capita was limited. Today, many people still play games such as table tennis and carrom in public spaces. These photos were taken on Haimen Road on April 30 and Fahuazhen Road on June 23.

It's great to have support from dad. These photos were taken in Jing'an Park on May 1 and Hongqiao Road on June 7. 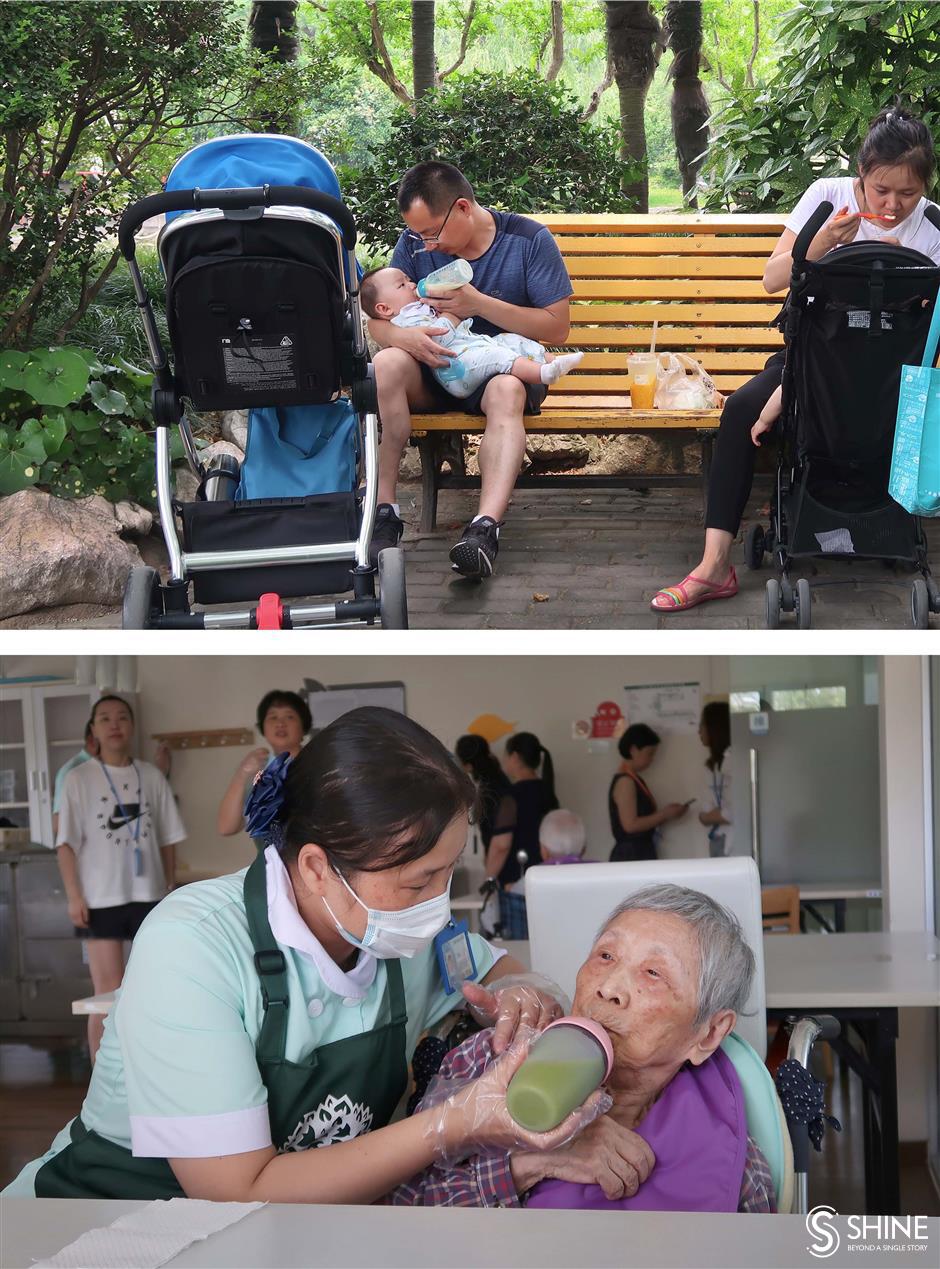 Far above: Parents feed their children in Changfeng Park on June 16.

Above: Guo Ying, a caretaker, helps feed 96-year-old Grandma Yu at a senior center under China Welfare Institute on August 2. 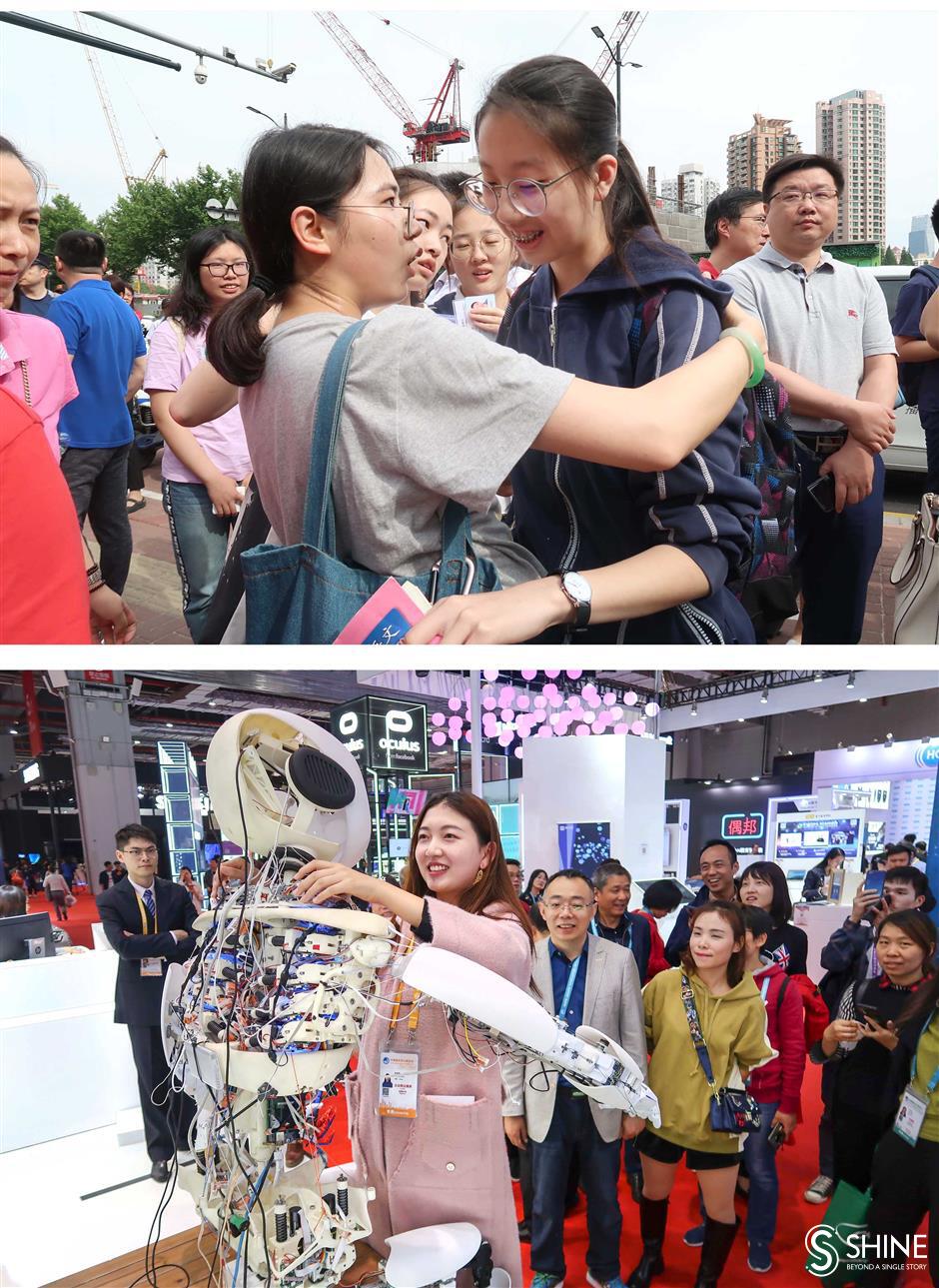 Far above: A teacher (left) hugs her student before the college entrance exam at Xuhui Middle School on July 7.

Above: Visitors to the second China International Import Expo line up to hug Roboy on November 10. 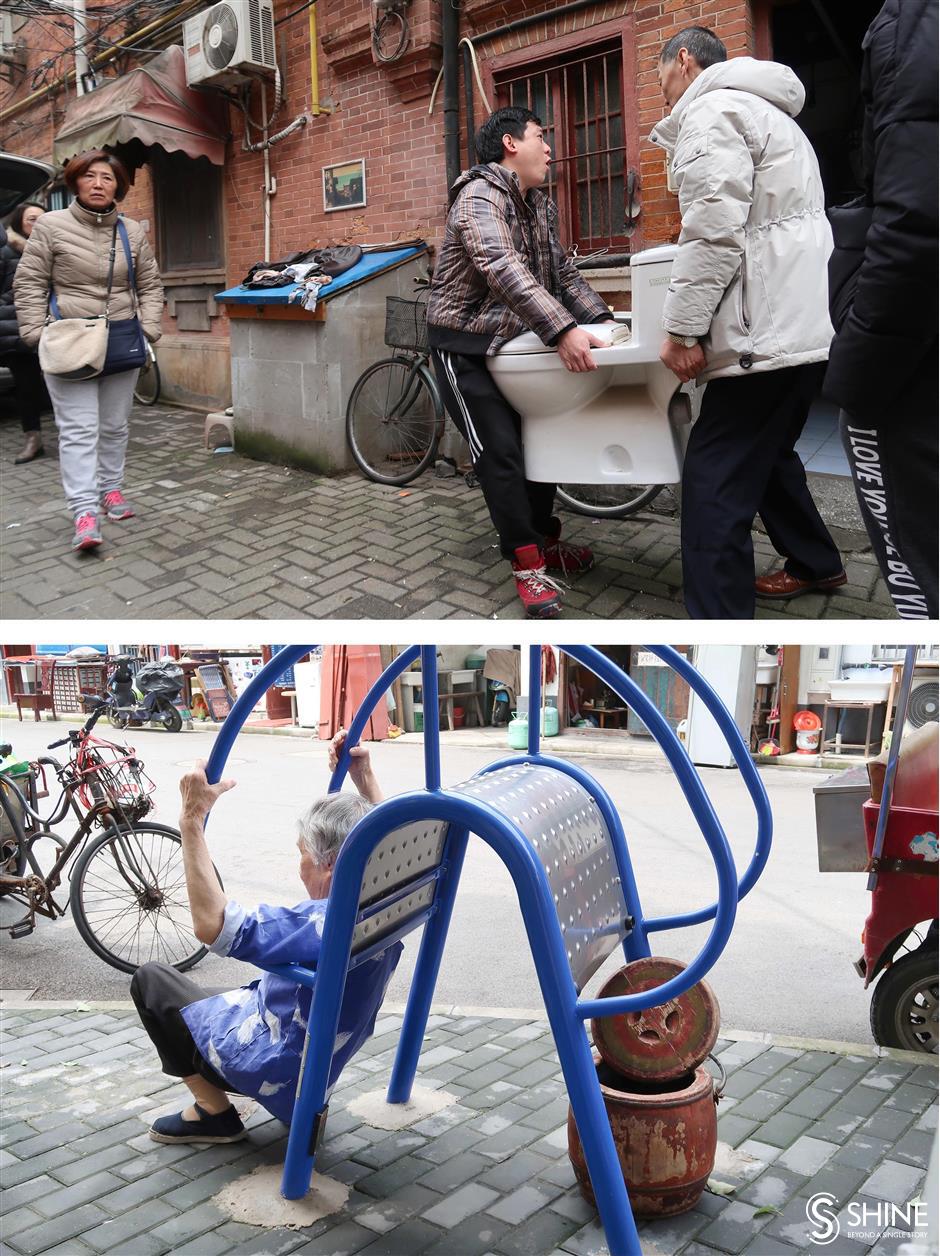 Far above: Residents carry a toilet with them as they are relocated from Zhangyuan Garden on February 23. The historic buildings in the community will be preserved and restored after the relocation.

Above: A chamber pot is left drying at an exercise stop on Xundao Street on July 7. Over 2,400 households in Qiaojia Road neighborhood, Shanghai's last remaining downtown ghetto, signed to accept the relocation deals this month.