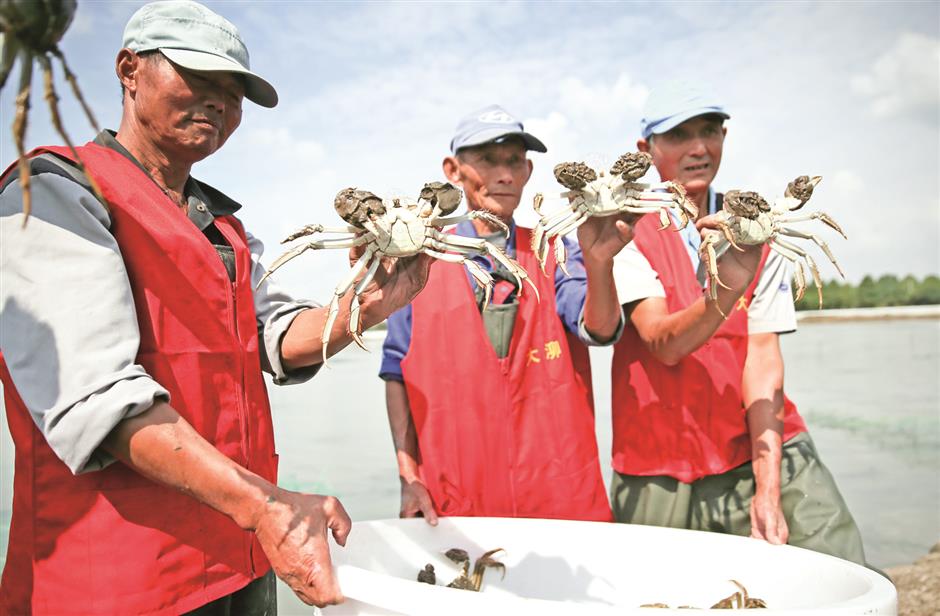 The crabs harvested at the Tianhuang Village breeding center weighed as much as 300g to over 400g each.

“The biggest male crab weighs about 420g, whereas the biggest female crab can weigh about 310g,” said a crab farmer.

As a high-quality variety of Huangpu River hairy crabs, the Damao crabs taste best when cooked in boiling water and served with a tray of vinegar and ginger granules as dipping sauce.

The total yield of Damao Huangpu River hairy crabs this year is expected to be about 750,000 kilograms with prices ranging from 60 yuan (US$8.54) to 200 yuan each, according to statistics.