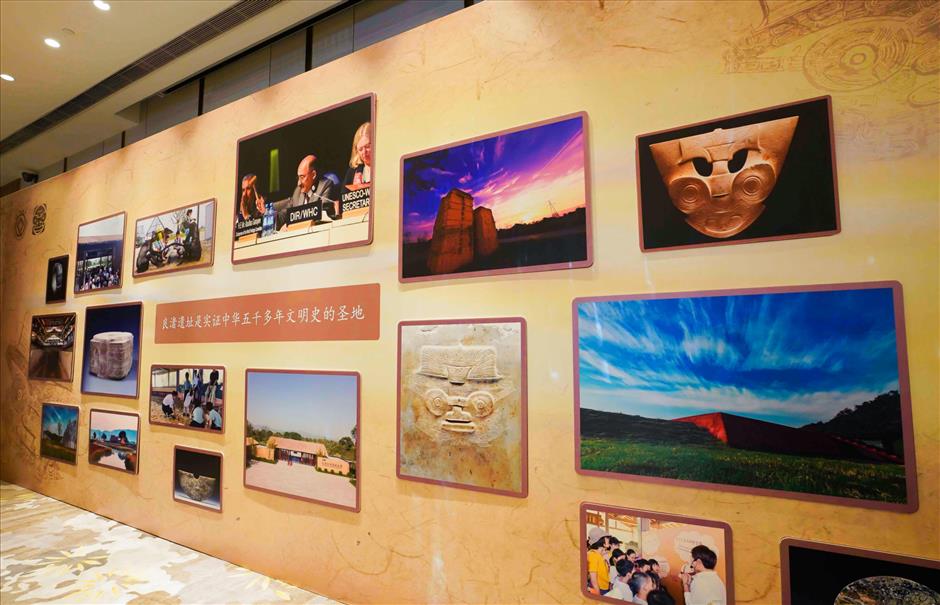 Photos of the Archaeological Ruins of Liangzhu City are shown at a promotional event in Jing'an District.

The culture and history of the Archaeological Ruins of Liangzhu City, located in Hangzhou, Zhejiang Province, were revealed in Shanghai on Thursday through photos, performances and the signing of cooperation agreements.

The Ancient Liangzhu Ruins Park has received more than 1 million visitors since its opening in July, the management committee of the park announced in Shanghai.

Study-themed travel itineraries of the ruins were promoted, and agreements were signed between the park's operator and travel agencies in Shanghai.

The ancient Liangzhu civilization once covered most of the Yangtze River Delta region, with Liangzhu city located in present-day Hangzhou's Yuhang District.

The Neolithic civilization dates back as much as 5,000 years. As an early regional state with a unified belief system and rice-based agriculture, Liangzhu was an urban civilization with complex functions and structures. 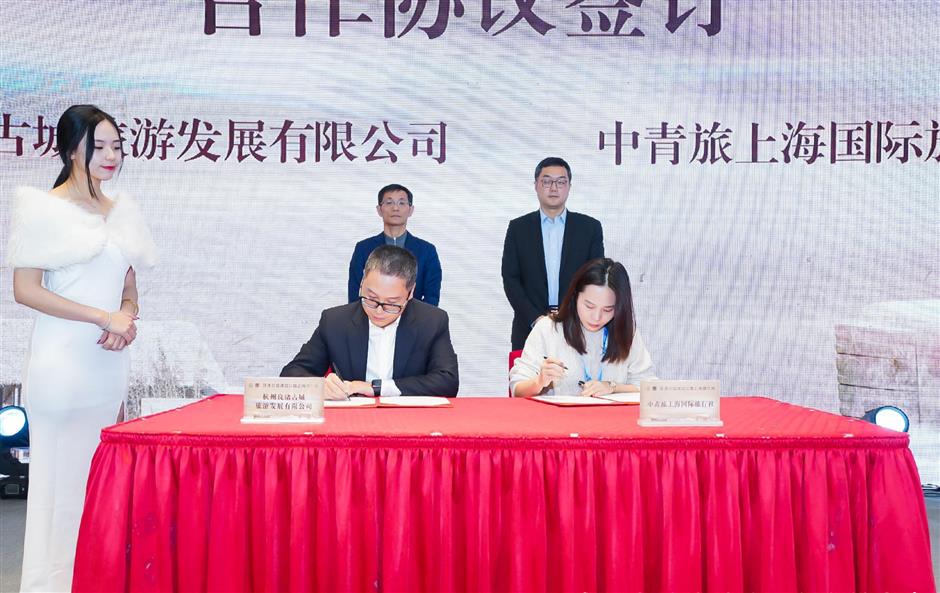 The operator of the Ancient Liangzhu Ruins Park and travel agencies in Shanghai ink agreements.