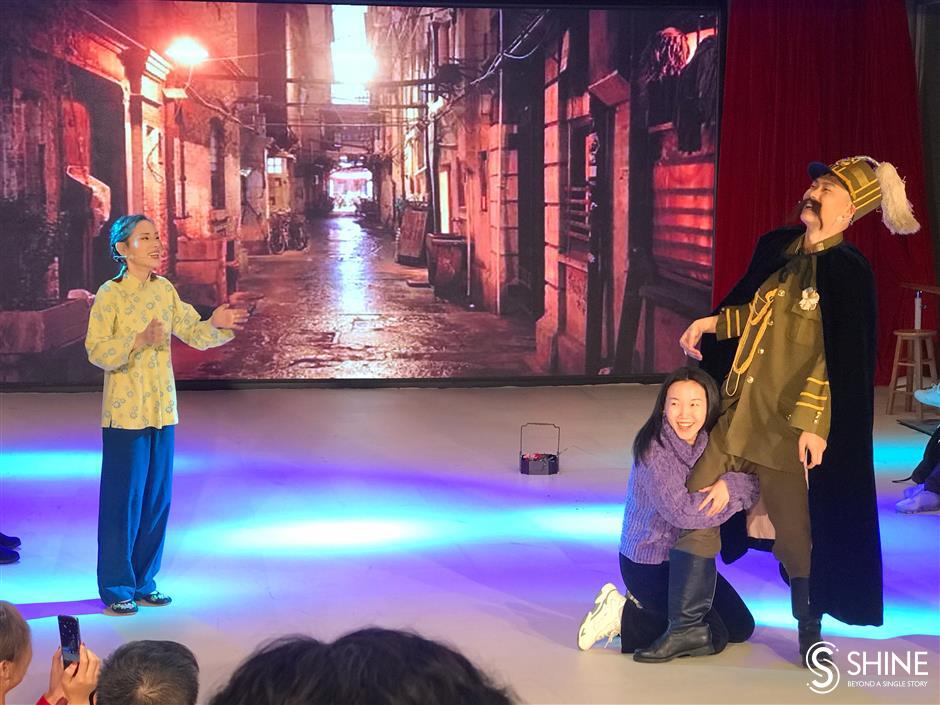 A member of the audience interacts with a performer after being invited to take the stage. 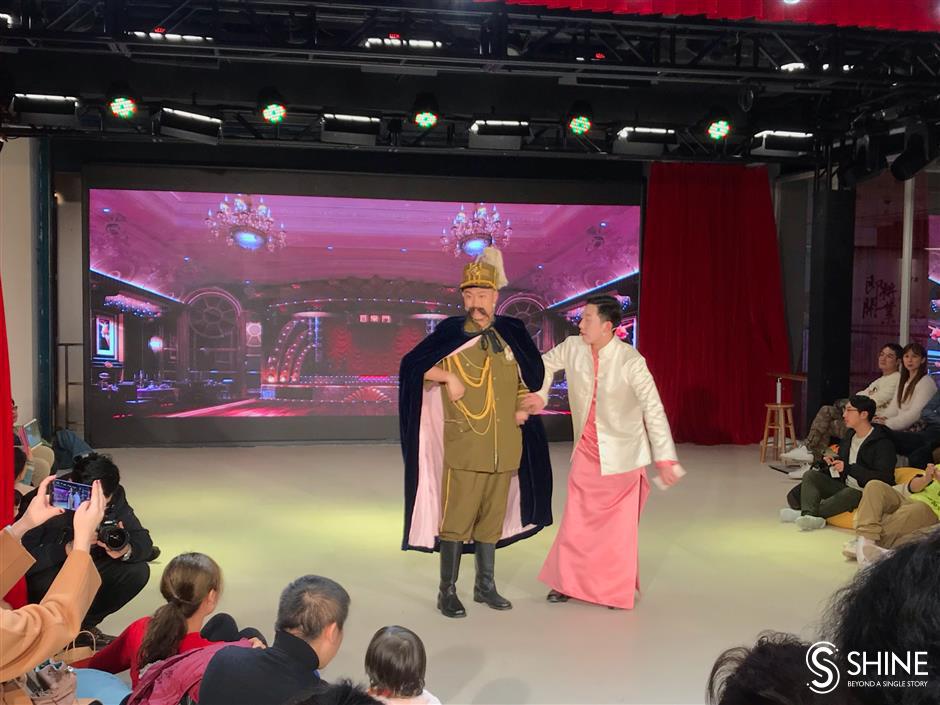 The audience sits around the actors during a performance of "Who is the Beauty" at Lihpo Land.

A play at in the newly opened Lihpo Land is said to be reshaping “retail-tainment” in the booming Hongqiao Central Business District.

“Who is the Beauty” made its debut on Wednesday night at the venue which opened in September as the newest shopping destination in the district. It will be staged again on December 29.

Performers in traditional Chinese dress presented scenes of old Shanghai, where people from all works of life, from warlords to business tycoons, from dancing hostess to flower girl, saw their lives intertwine.

Instead of a walled-off theater, the play was staged in a half-open venue, where passersby can walk in and out at anytime, sit close to performers and interact with them.

“There is no door. I hope people to really enjoy it and get involved,” Peng Shuai, the play’s director, said. “Today, immersive theater is very popular, but many of them focus on using new technologies instead of creating good content.”

During the show, the audience is invited to join in and will be taught how to perform.

“Retail-tainment,” a growing trend in retail that combines shopping with entertainment, was designed as the theme for the mall. It delivers attractive in-store customer experiences, adds cultural bounce to the retail mix and injects new blood to the area, according to Min Shilin, Party secretary of the management committee of Hongqiao Central Business District.

The district, with its convenient transport network, is poised to become a springboard for development throughout the Yangtze River Delta and beyond. The mall is expected to be an important commercial and business spot in the area. 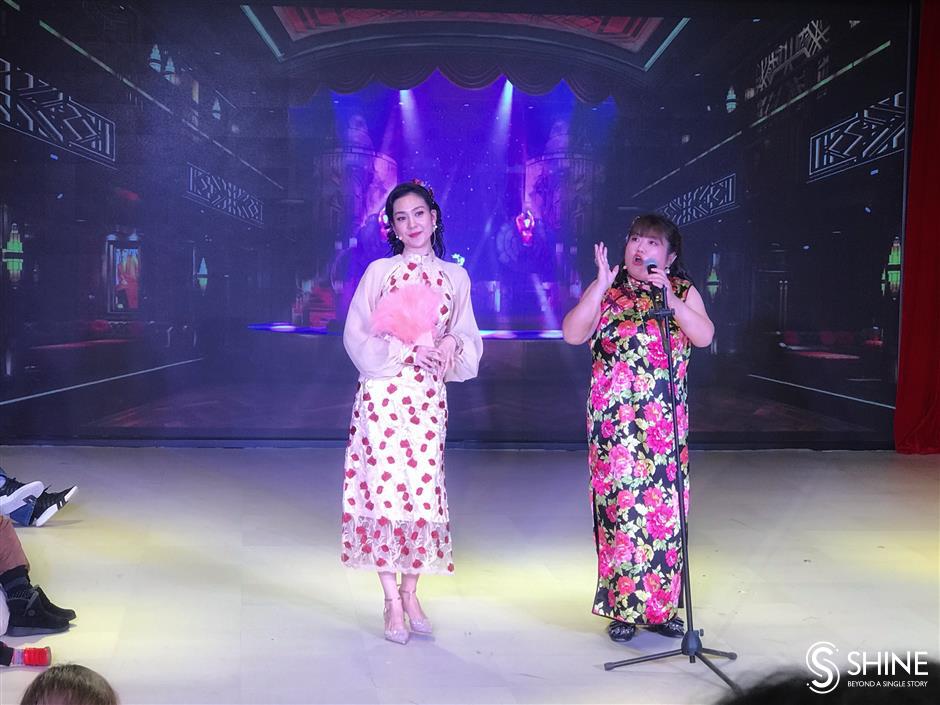