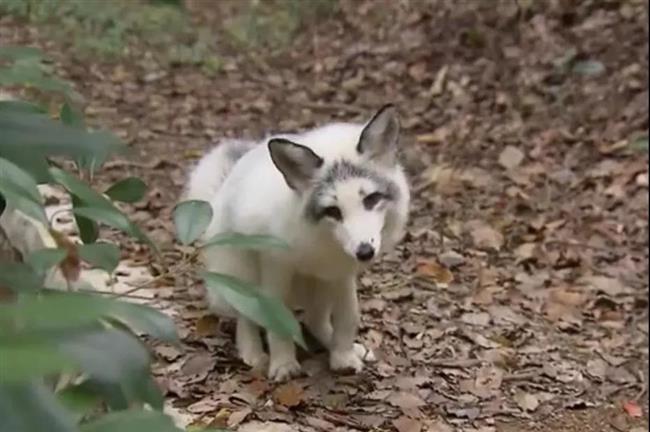 A blue fox was spotted recently by tourists on east Sheshan Hill in Songjiang District.

A blue fox, or alopex lagopus, was spotted recently on east Sheshan Hill in Songjiang District. The fox with its white fur slightly adorned by gray markings, would be seen walking along woodland paths, attracting tourists to approach and take photographs.

The fox seemed quite comfortable and didn’t flinch when people tried to photograph it. It even responded and came nearer when they called to it.

“Blue foxes are an alien variety. Some people might raise them as pets because of their cute appearance. But they give out a strong body odor when they grow up, a reason quite a few people choose to abandon them,” said Cai Feng, a staff member at the Songjiang Wild Life Protection Station.

The fox is not the first to be spotted on the hill. In 2017 another blue fox had appeared on west Sheshan Hill, according to the wild life protection bureau.

“Blue foxes have no natural enemies in Songjiang, so if their number increases, they may impact Songjiang’s ecological system. We will also think about capturing it and transfer it to a zoo in Shanghai,” said Cai.

“Wild animals may carry contagion and pathogenic bacteria. Tourists who happen to encounter the blue fox on Sheshan Hill should never fondle or feed it in case they get hurt by it,” Cai cautioned people.