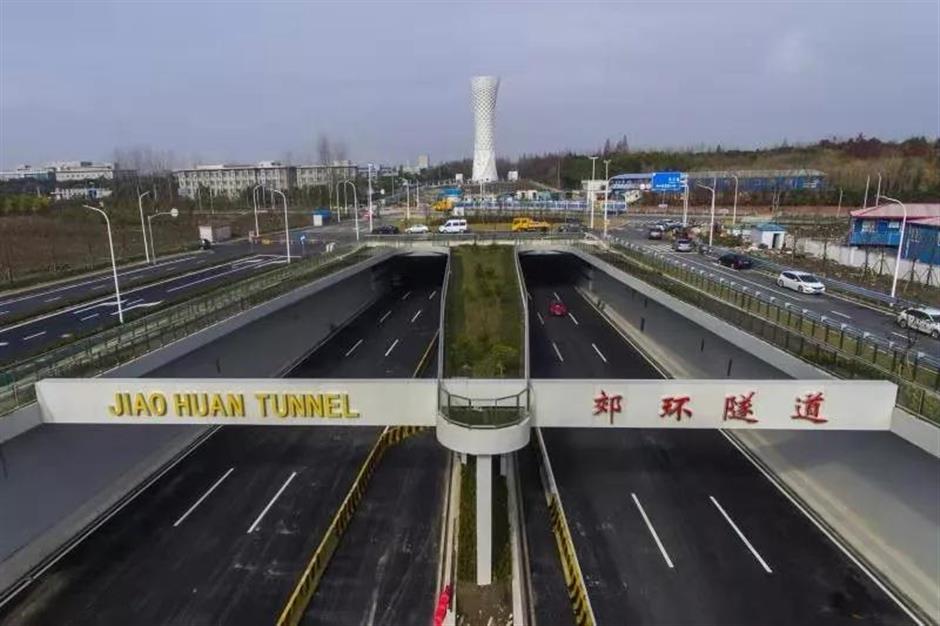 Three lanes in either direction on the new Jiaohuan Tunnel in northern Shanghai.

A tunnel under the river in northern Shanghai will open to traffic on Saturday, connecting the A30 Expressway and the Outer Ring Road, traffic police said on Friday.

The A30 Expressway, also known as Jiaohuan Expressway, will become the largest ring expressway in Shanghai, at 208 kilometers long, and will facilitate traffic between surrounding cities and Shanghai.

The new Jiaohuan Tunnel connects the Mudanjiang Road ramps of the expressway on the west side of Huangpu River and part of the Outer Ring Road in the Pudong New Area.

The tunnel is expected to relieve traffic pressure on the Outer Ring Road and thus reduce the congestion between Baoshan District and Pudong.

The tunnel has three lanes in each direction, with a speed limit of 80 kilometers per hour. Trucks are banned from using it.

Part of the A30 Expressway in northern Shanghai has yet to be completed, with construction continuing on the part from Yunchuan Highway overpass on G1503 Expressway to the G1503/G40 Expressway.