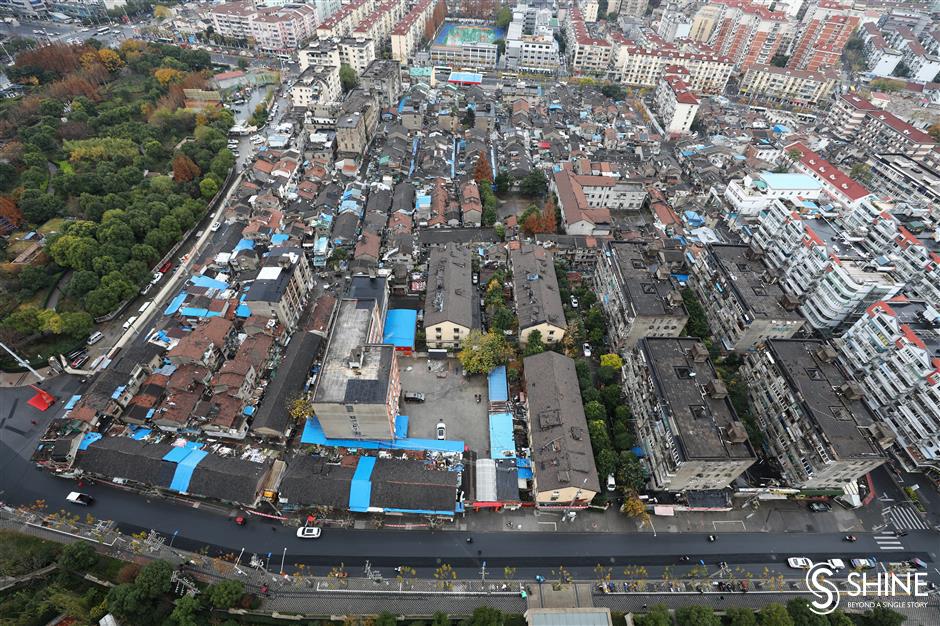 The Baoshan Road Subdistrict, home to 2,260 families living for decades in cramped, dilapidated homes, will undergo a radical change. 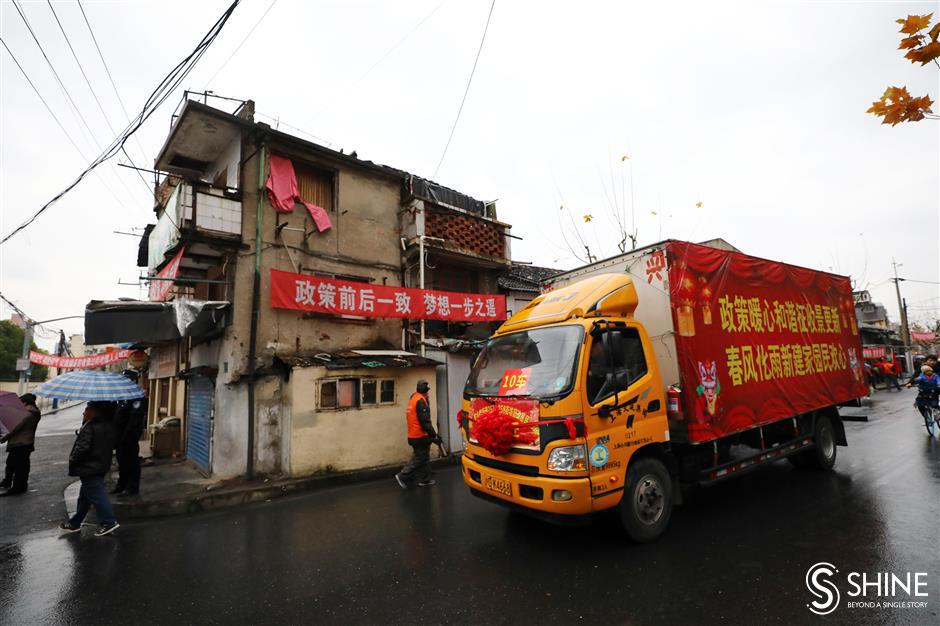 Residents are in the process of moving out of  their blighted neighborhood, bound for comfortable new homes.

For people living in one downtown ghetto, the new year is looking bright indeed.

They have started to bid farewell to a second-rate lifestyle, with the promise of better times ahead.

The area in the Baoshan Road Subdistrict is home to 2,260 families for have been living for decades in cramped, dilapidated homes with cracked walls and leaky ceilings. They have had to share toilets and kitchens with other families.

Bounded by Zhiyuan Road on the east, Zhonghuaxin Road on the south, Xizang Road North on the west and Middle Zhijiang Road on the north to the north, the area is about to undergo a radical change.

More than 99 percent of residents signed on the dotted line to participate on the first day the renewal project was launched last August. It was a sign they were very eager to escape their poor living environment, local officials said.

On December 10, residents accepted settlements that will see them either relocated to other housing or given cash compensation to buy their own accommodation. On December 18, the first group of 10 families moved out.

It’s obvious when talking to the residents how happy they are to be leaving.

She went to an impoverished area of Yunnan Province to help the needy when she was young. There, she met her husband and gave birth to her son. When the family returned to Shanghai, they moved to a three-floor, narrow home of about 20 square meters.

“We don’t have our own bathroom,” she said. “When it is rains outside, it rains inside too. Three generations of our family have squeezed into this small space. We are anxious to move out.”

Another resident, Xu Wei, has lived in a small unit on Zhiyuan Road for 54 years, since he was five years old. He shared a living space of only 10 square meters with his wife and child. Upstairs, where the ceiling height is less than 2 meters, his brother’s family lives.

“Though I’ve retired, I still look for work because I need to earn money to buy a house for my son to get married,” he said. “The cash compensation really helps me a lot.”

Xu Rui’e and Zhou Hefu, both in their 90s, have lived for decades on Zhonghuaxin Road. They dressed up to have a photo taken of them in front of their old home before they moved.