This month, Jing’an honored 20 grassroots initiatives that have improved the conditions of local residents and businesses alike. The awarded programs, selected from 48 candidates, demonstrate how local problems can be tackled and quality of life enhanced with a little creative thinking. Here are several of the winners.

Keywords: Culture at the doorstep

Instead of having to travel to theaters, Jing’an residents can now enjoy a variety of cultural activities right in their local communities. This year, new activities were added. They included appearances of renowned artists such as Liao Changyong. Other popular activities, such as the distribution of 5-yuan (71 US cents) film tickets to residents, with subsidies provided by cinemas and the district government, have continued. To observe this year’s 70th anniversary of the founding of the People’s Republic of China, the bureau joined hands with the Shanghai Opera House to create a new opera about the life of Li Dazhao, a Party founder and pioneer. The production has been staged in community cultural centers, office buildings and other neighborhood sites. 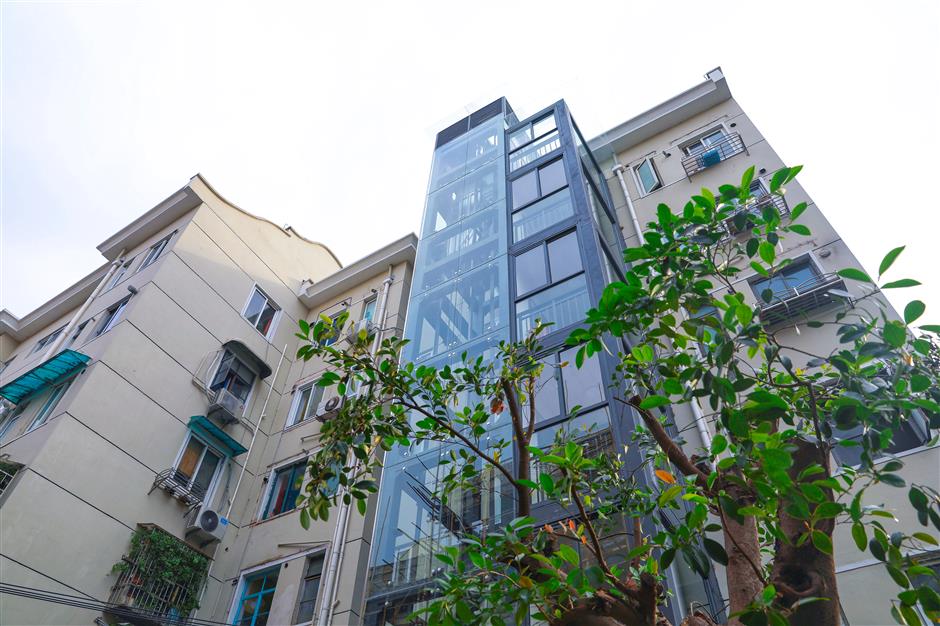 Old residential buildings without elevators have become a vexing problem amid an aging population. Many elderly have trouble negotiating stairways, and some have become virtual prisoners in upper-story units. In the Linfen Road Subdistrict, there are 13,000 senior citizens living in buildings without elevators. Their plight became a top local priority this year. Local officials conducted surveys in 17 large residential complexes to determine which could qualify for elevator installation. They also simplified the application process for residential buildings seeking to install elevators, with government subsidies available to reduce the cost to individual households. In the first six months, work began on installing elevators in seven buildings, with most nearing completion. Another 84 buildings are wending their way through the process. 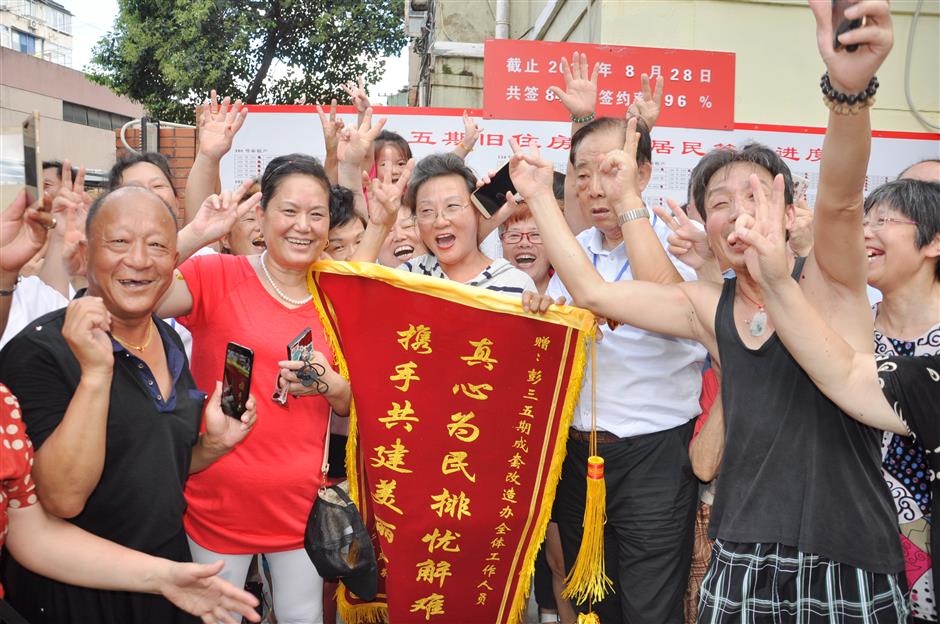 The Pengpu Xincun Subdistrict is a typical old residential area, where thousands of families, largely elderly, were living in shabby buildings dating back to the 1950s and 60s. In the worst situations, a kitchen was shared by five families and one toilet shared by three. Renewal work started in March 2005. In some cases, existing apartments have been upgraded to include toilets and kitchens in every home. Additional floors are sometimes added to ease apartment cramping. And in cases where buildings are beyond rehabilitation, demolition makes way for construction of new homes. Currently, the renewal program has tackled 51 buildings and benefited 1,919 families. 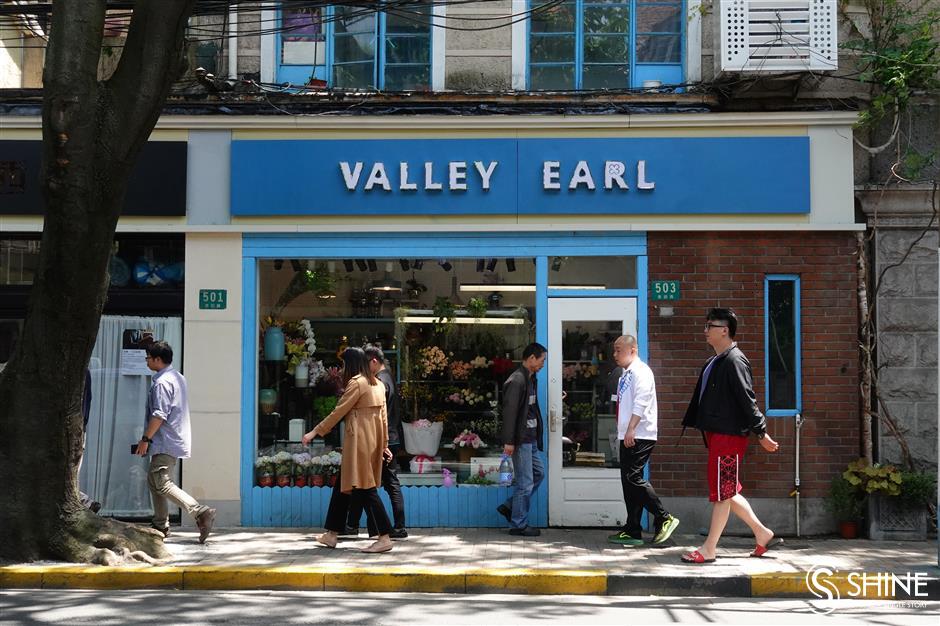 Retailers on Yuyuan Road, which is dotted with boutiques and eateries, have established an alliance to keep the local environment clean and promote business prosperity. This year, the alliance initiated creative signage in the area. “The signage highlights the cultural characteristics of individual stores and the unified feature of the surrounding environment,” said Hong Xuegang, deputy director of the Jing’ansi Subdistrict. “We want to create a vigorous community that doesn’t forget its past.” He said shop owners are clearly told what’s permissible and what’s not. Now, each of the 91 stores on the 1.3-kilometer road has unique signage. Yiyuanqin, a grocery store opened in the 1990s, has a yellow-and-blue sign featuring cartoon fonts. Yipinju, a 16-year-old hotpot eatery, has a traditional Chinese-style signboard. Florist Eliza Flowers has a sign incorporating vintage and natural elements. “We have benefited greatly from the improved environment,” said Lu Wenhui, head of the alliance. “We’ve seen an increase in rents and tenants.” 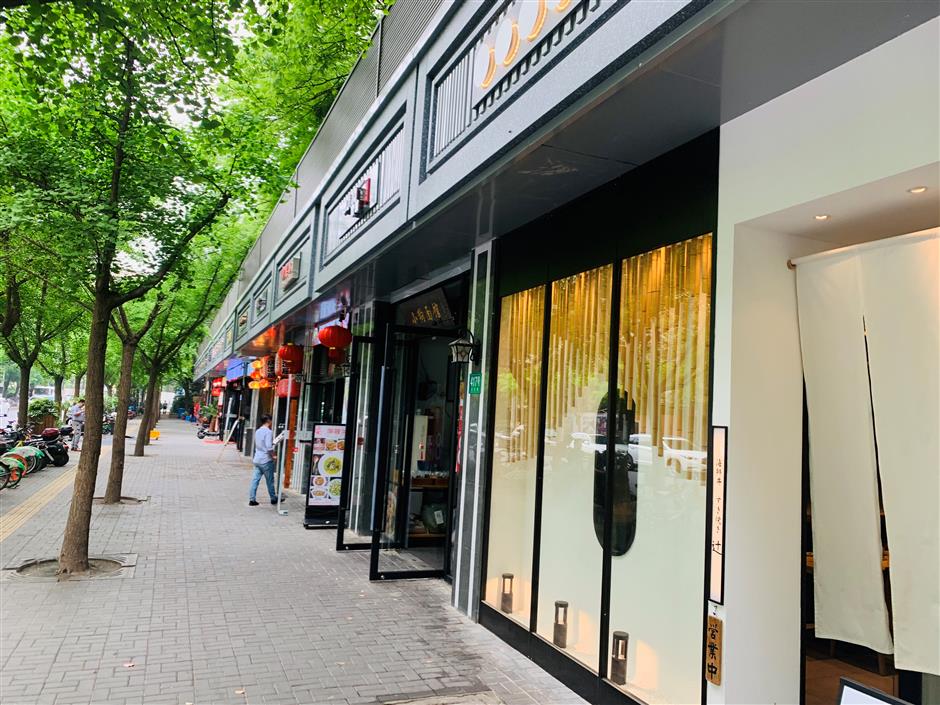 Dagu Road, a 500-meter-long backstreet that feeds into Nanjing Road W., used to be a vibrant, popular nighttime fun spot. However, residents complained about loud music, noisy drinkers spilling out onto the sidewalks and high levels of garbage generated by revelers. In 2017, the subdistrict tried to address the problem by shortening business hours and banning outside tables. It succeeded in reducing noise but also slashed the revenue of businesses there by up to 40 percent. So, establishments along the road decided something should be done. Subdisrict authorities agreed with a plan they proposed. As a result, a committee of Dagu Road businesses with 74 members now selfpolices the road. Together, they monitor noise levels and sanitation. The road has regained its popularity while maintaining peace with local residents. 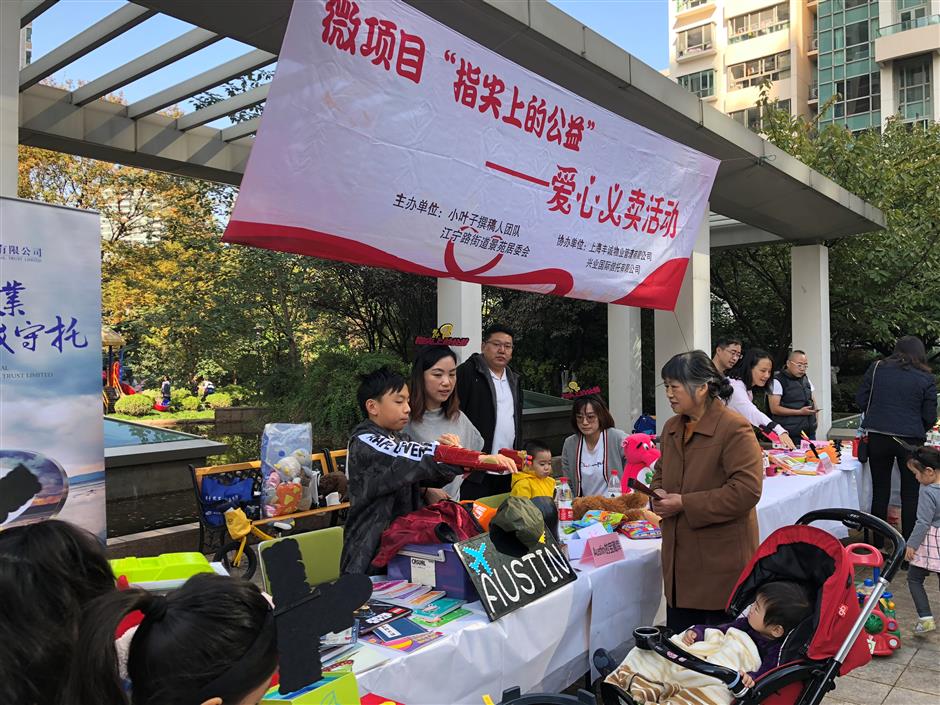 Keywords: The power of people

Public opinion and involvement in community affairs really do matter, and the Jiangning Road Subdistrict is taking steps to ensure they flourish. Over the past three years, it has been soliciting ideas from residents and investing more than 860,000 yuan (US$122,815) in 97 projects triggered by their responses. The subdistrict now has 50 teams and 900 volunteers involved in community affairs. They have established a community movie festival, held charity bazaars and created vegetable gardens on vacant land. Old neighborhoods have been revitalized by a new sense of community spirit. 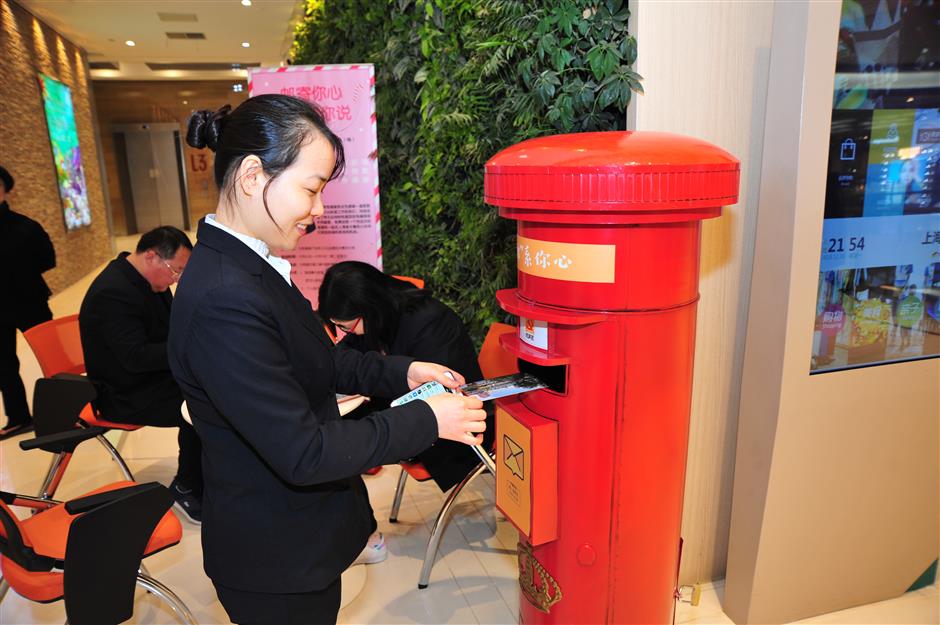 To assist the more than 3,500 people who work in the Joy City mall, a project has been initiated to improve their conditions. It has worked with mall restaurants to offer affordable lunch menus for mall staff and nearby office workers. It also worked with district authorities to build a gym for employees and set up a one-stop services center to deal with their administrative affairs.